Whitetails in the City 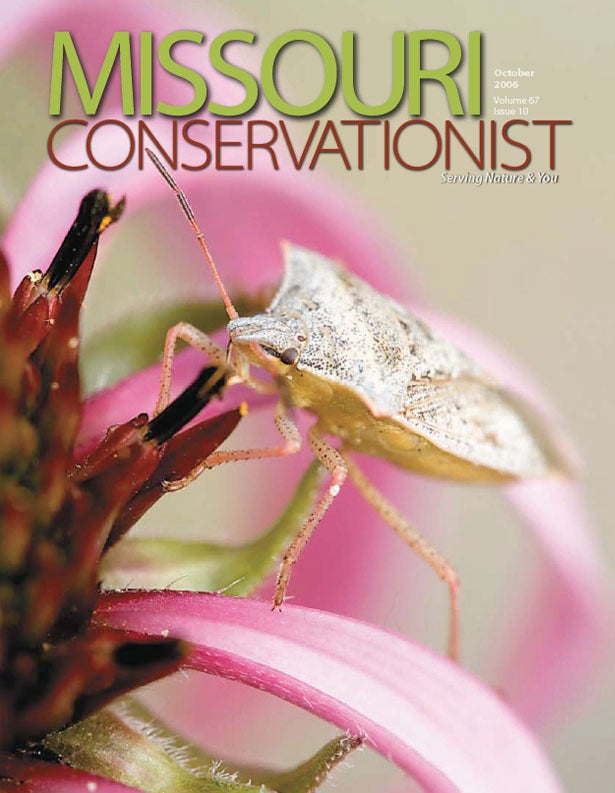 When municipalities around Missouri’s metropolitan areas were incorporated, no one dreamed that deer would adapt so well to suburban life. This adaptability, coupled with city ordinances banning the use of firearms and, in many cases, archery equipment, allowed for the rapid growth of deer populations.

Today, deer are so abundant in many of our communities that deer management through hunting is sorely needed.

Suburban deer management through hunting can easily become a political hot potato, however. Old laws and old beliefs are hard to change, even when deer become so numerous that they start causing problems for the people who live near metropolitan areas.

In the end, the hard decision-making is left to local elected officials. They are the ones who have the ability to change firearms or archery ordinances to allow for deer hunting and, therefore, deer management.

“Cities have a leadership role,” said Jim Page, an Independence city councilman.“They need to step forward, working with the Missouri Conservation Department to educate the public on what the problems are with deer overpopulation, such as deer/vehicle collisions, property damage and herd health. If a city is not willing to step up and work on deer issues, then nothing is going to get done.”

“The deer herd size will continue to increase, and there will be a point in time when it will be unacceptable to the community,” explained Skip Mange, a St. Louis County councilman. “The task force was formed to outline just what options municipalities have for deer management.”

The task force completed a review of the wide variety of issues involved in managing suburban deer. After two years of researching and reviewing the topic, the task force generated recommendations for deer management in west St. Louis, with the primary focus on population control through archery hunting.

Putting these recommendations into action, the suburban St. Louis cities of Clarkson Valley and Chesterfield have both adopted revised ordinances that allow for archery hunting under certain restrictions. A few of these restrictions include allowing hunting only on certain size lots and only from elevated stands, and requiring hunters to have completed a bow hunter education course.

The restrictions are to ensure the safety of residents and hunters, although archery hunting already has a proven track record of being a safe sport.

The first year of the program in Clarkson Valley brought big success as 25 landowners registered their properties with the city for hunting. Hunters on those properties harvested 81 deer, 60 of which were antlerless. Perhaps the greatest success was that no incidents or complaints related to hunting were reported.

The Kansas City metropolitan area is a patchwork of four county and 74 city governments, ranging from rural to extremely urban. Attitudes, traditions and challenges unique to the municipalities tend to shape deer management in the region. Some local governments, such as Liberty, Raymore and Belton, have allowed archery hunting with certain restrictions within their city limits for many years.

Jackson County, known for its expansive 22,000-acre park system, has conducted managed archery and muzzleloader deer hunts on its park land for more than a decade.

“Since 1994, we have had 3,370 openings available to sportsmen,” said Bruce Wilke from Jackson County Parks and Recreation. “Through the management program, a cumulative total of 2,108 deer have been harvested.”

Wilke said people seem to recognize the problems that unchecked deer population growth brings to the parks and are willing to allow hunting as a management method.

“And, our safety record remains unblemished,” he added.

Other municipalities are fairly new to dealing with deer management. In 2003, Kansas City changed its ordinance to allow limited hunting through the use of managed archery hunts. With more than 400 deer/vehicle collisions occurring on city streets each year, the hope of the city council was to improve public safety by reducing the number of deer within the city using hunting. The ordinance has allowed managed hunts to occur on 17 private land locations and one county park, resulting in the harvest of 149 deer.

One year later, Parkville realized they also had a growing problem with the deer herd living downtown in the Parkville Nature Sanctuary, a 116-acre wooded park located right behind the city hall.

“Ten percent of our vehicle accidents in this area are deer related,” reported Police Chief William Hudson. Residents also complained of landscape damage, and several were worried about the ecological health of the park.

With city approval in 2004, the Parkville Police Department, working with the Conservation Department, successfully began using managed archery hunts to reduce the deer population in the sanctuary.

The most recent ordinance change occurred in Independence. City officials there created an ordinance that allows archery hunting on parcels 15 acres or larger that are zoned agricultural, industrial or residential. It also allows for managed hunts in city parks in the future.

“We perceived there was a problem, did our homework on the issue, and passed the appropriate ordinance to deal with that problem,” explained Councilman Jim Page.

City officials feel this ordinance is a good starting point, and they indicated their willingness to make whatever changes are necessary in the future to ensure continued deer management in the city. The police department even created a landowner permission form and developed a brochure to help educate landowners and hunters.

“Overall we received very few phone calls against the ordinance prior to its passing,” Page said. “Since it has passed, nothing negative has been said, but I have had bowhunters call me up to thank me for the opportunity to hunt.”

Communities in the heart of the state also have their fair share of deer conflicts. The pattern of deer numbers increasing when the animals are not hunted also occurs in smaller communities. By the time complaints are common, the problem is fairly well-established and some action must be initiated to reverse the negative trends. The cities of Boonville, Columbia and Fulton are good examples of central Missouri communities that are taking action.

Columbia’s earlier “no projectile” ordinance never defined arrows as projectiles. In the 1990s, the Columbia city council decided to leave that definition of the projectile ordinance alone, thereby allowing archery on private property for those who wanted to target shoot or hunt.

However, the number of deer/people conflicts in Columbia, including vehicle collisions and deer damage to home landscaping, kept increasing. This prompted the Conservation Department in 2003 to ask the Columbia City Council to allow a pilot program of archery hunting on certain city-owned properties. These included undeveloped tracts of land as well as multiple-use city parks. Hunters participating in this program were required to attend a pre-hunt meeting at which they were given maps, a city-issued permit number, a parking permit and an explanation of the program’s hunting regulations.

The program was so successful that it not only continued but has been expanded. Each summer, city officials and Conservation Department staff meet to discuss property additions and deletions to the program, as well as any other changes that might be necessary. The recommendations they decide upon for that year’s hunting season are then incorporated into the city ordinance.

Fourth Ward City Councilman Jim Loveless said the city council appreciated Conservation Department professionals bringing the problem of increasing urban deer incidents to their attention and providing them with a number of alternatives to address the problem.

“It has been particularly gratifying to have our staffs working together to address this challenge in a proactive manner,” Loveless said. “The program provides significant recreational opportunities while addressing an increasingly complex urban wildlife challenge.”

For the last three years, the City of Boonville has relied upon a combination of archery hunting on private land and sharpshooters on private and public land to control deer numbers in the city. The program is coordinated through the Boonville Police Department. Last year, 81 harvested deer were donated to local families. Deer/vehicle collisions have dropped significantly.

In the fall of 2005, the City of Fulton passed an ordinance to allow archery hunting on selected private properties for a few days in October. With the successful experience from that first hunt, plans are already underway for the continuation of the program.

Although managing suburban deer through hunting sometimes stirs emotional debate, these working examples demonstrate that success is achievable. It’s good to know hunting is a safe and effective method of controlling the numbers of deer in suburban areas, because many cities likely will have to deal with the issue of deer management—if not now, then in the future.

When discussing the deer management program in Independence, Councilman Page offered this bit of advice to cities experiencing deer problems: “Contact the Conservation Department and work with them hand in hand; use their expertise. Mayors and city council members are not deer experts. Cities need to partner with the Conservation Department and use their knowledge to help make the right decisions.”