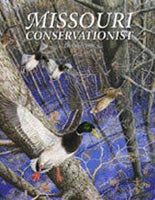 "Nay, I'll have a starling shall be taught to speak nothing but 'Mortimer'..."

It wasn't a memorable line from the play Henry IV. But, when William Shakespeare wrote it in 1597, he had no way of knowing the consequences it would later have for many North American birds.

It was because of this reference to the starling that these birds eventually wound up in the United States. In fact, two of our most common birds - the European Starling and the house sparrow - are aliens brought to our shores in the 1800s.

The "American Acclimatization Society" had the unfortunate goal of bringing all the birds mentioned in Shakespeare's works to North America. In 1890, after two failed attempts to establish them, the group released 60 European starlings in New York's Central Park. By 1950, starlings were spreading across the continent. Today there are over 200 million European starlings in North America.

"The meek shall inherit the earth" does not apply to starlings. They are the thugs of the bird world. Among those who know and love birds, the starling is almost universally hated. They are seen as noisy, dirty, greedy and mean. People describe them as "flying rats."

A mob of starlings overtaking a bird feeding station populated by cardinals, chickadees and finches is like a motorcycle gang roaring into a church social. There may be nothing you can do to totally eliminate starlings from your bird feeders. However, where they are a problem, avoid giving them their favorite foods: suet, peanut butter, table scraps and anything containing whole or cracked corn.

Aside from being a pain in the neck at backyard bird feeders, starlings can cause other more serious problems. In fall and winter, starlings often gather in enormous roosts in urban areas. Such roosts are not only a nuisance, but the droppings from thousands of birds can be a potential health hazard. Red-winged blackbirds, grackles and other native blackbirds often join starlings at these roosts, but referring to them as "blackbird roosts" is improper since the European starling belongs to its own family and is not a blackbird.

Cities sometimes try to break up winter roosts by playing loud recordings of starling distress calls, firing propane cannons and placing predator decoys nearby. Such methods have had mixed success. Local ordinances should be consulted before attempting any of the noisier techniques.

Starlings compete for nesting sites. They like sheltered nooks and crannies in old buildings and other structures, but mainly they nest in tree cavities. With only so many cavities to go around, the aggressive starling easily outcompetes native species that nest in cavities. A woodpecker may labor many hours pecking out a new cavity only to be forcibly evicted by starlings.

Starlings do have interesting and positive qualities. Their unique bill and jaw muscles work not to clamp the bill shut, but to force it open. Starlings insert their long, pointy bill into dense lawn turf and the strong muscles force the bill open, exposing grubs and other lawn pests.

Starlings are also accomplished vocalists, often imitating the calls of bobwhite quail, killdeer - even the barking sounds of dogs and squirrels! As Shakespeare suggests, they were once popular as caged birds and were taught to mimic human speech. During the breeding season, a starling's feathers are glossy and shiny. In winter, they have a speckled appearance. These "speckles" are actually the light-colored tips of their feathers. By spring these tips have worn away, leaving the bird with its glossy black appearance. The bill also changes to a bright yellow in spring.

In many ways the house sparrow shares a similar history and causes some of the same problems as the European starling. House sparrows appeared in Brooklyn in the early 1850s. People saw house sparrows - formerly known as English sparrows - as attractive birds that would control insect pests. Their remarkable colonization of North America took less than 50 years.

The house sparrow is not a true sparrow, but belongs to an Old World group known as weaverbirds. House sparrows should not be confused - or lumped with - our many native true sparrows such as field or song sparrows.

As the name suggests, house sparrows are a species that enjoys a close association with humans and their dwellings. House sparrows are at home in cities and towns, as well as around barns and feedlots in the country.

Like starlings, house sparrows nest in cavities and are aggressive competitors of native birds. They are probably more troublesome than starlings in some ways.

Small cavity-nesting species like chickadees, titmice, wrens, bluebirds and purple martins can fit through a cavity entrance too small to admit a starling. However, the smaller house sparrow is not excluded. House sparrows tenaciously claim bird houses and other cavities and will pierce the eggs and kill the nestlings of other species prior to taking over a cavity. Their bulky nests are sometimes built atop the remains of the former tenant's nest - or the former tenants themselves.

House sparrows can be a problem in bluebird or martin houses. Houses should be checked and house sparrow nests and their contents cleaned out. A house put up for bluebirds or martins and allowed to produce generation after generation of house sparrows is doing more harm than good to its intended tenants.

House sparrows can also dominate bird feeders. Bread or bread crumbs and millet are foods to avoid when house sparrows are a problem.

Because they are aliens, neither the European starling nor house sparrow are federally protected, as are virtually all other birds. Commercial sparrow traps are available that are most commonly used by purple martin landlords. Some homeowners target these two avian aliens with pellet or BB guns.

Fewer starlings and house sparrows would probably mean more bluebirds, woodpeckers, purple martins and other more desirable native birds. You should make sure that your efforts to feed and house birds are not unduly aiding or serving to boost the population of either the European starling or house sparrow.

However, not helping the avian aliens and declaring an all-out war on them are different approaches. First of all, a campaign of extermination is totally futile. Both of these birds are here to stay. Secondly, we should remember that the success of these two species is but a reflection of our altered environment.

Without the wholesale conversion of land to urban or agricultural uses, the European starling and house sparrow would not have thrived. They also serve as a continuing reminder of less enlightened times, when exotic species were routinely introduced with little regard to their impact on their new homelands.

The adaptability of birds that can make a meal of a discarded french fry, nest in the golden arches and bathe in a pothole in the road deserves at least a grudging respect. We should not blame them simply for succeeding. But don't blame Shakespeare, either.... triangle

Not all avian aliens have colonized North America as rapidly and completely as the house sparrow and European starling. In fact, the St. Louis area hosts one avian alien - the Eurasian tree sparrow - that seems to be stuck in a rut.

Comely relatives of the house sparrow, Eurasian tree sparrows have been permanent residents of St. Louis since April 1870, when between 20 to 34 individuals were released in LaFayette Park.

Since that time, the bird has managed to hold on in the St. Louis area, favoring bottomlands along the Missouri River, but for some unknown reason has colonized relatively few areas outside of St. Louis County and St. Charles County (the species is established in Illinois along the Illinois River).

The Eurasian tree sparrow and the house sparrow are quite similar biologically, and in their native lands the two species are common, widespread and abundant. The factors preventing the spread of the tree sparrow in Missouri, yet enabling it to persist for over 100 years, are not known.

This alien enclave in St. Louis attracts birders from around the country, especially those who aren't expecting to travel to Eurasia anytime soon. The St. Louis area is, quite simply, the only place in North America where the Eurasian tree sparrow lives. Conservation Department areas where you can see the birds include Marais Temps Clair in St. Charles County and St. Stanislaus in north St. Louis County. The birds typically are unafraid and easy to approach. They frequent the edges of weedy fields, and often sit in trees.