A large gull, adult herring gulls have pale gray upper wings and smaller black tips than the ring-billed gull. Legs are pinkish and the bill is yellow. On close inspection, a red dot can be seen near the tip of the lower mandible. Immatures have brownish wings with a pale whitish patch on the inner primaries that lets light through when seen from below. The tail and rump are dark brown during the first winter. Call is a low klaoh or kaow, lower and louder than that of the ring-billed gull.

Similar species: This is one of the three most common gulls found in Missouri, but at least 18 species of gulls and 6 terns are have been recorded in our state. Most people have a general idea of what gulls look like. But to distinguish the many species, it is best to learn from someone who has had experience with gull identification, because some species take four years to mature and may be seen in many different confusing plumages. 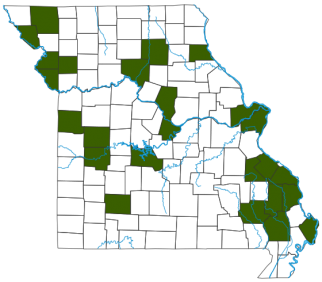 Statewide, but mostly along the Mississippi and Missouri rivers and other large bodies of water. Gulls typically congregate near locks and dams on the Mississippi River, near dams on large reservoirs, and at large landfills.

Common migrant and winter resident along the Mississippi River, and less common on large lakes and big rivers elsewhere in the state. Gulls’ distinct shape and white plumage makes them easy to spot as they soar near our big rivers. They are excellent soarers, able to take advantage of both horizontal ocean winds and updrafts. Gulls can float on the water like ducks but do not dive underwater. Interestingly, not many gulls are found in the tropics.

Gulls are opportunists and scavengers. They forage on and near water on mussels, fish, and carrion as well as discarded human food items. They sometimes move inland to forage in plowed fields for grubs and other small prey items, and in parking lots for fast-food refuse. The spot on the bills of many gulls is a “target” that the hatchlings instinctively peck at; this tapping causes a natural reflex in the adults to regurgitate and thus feed the young.

Common transient. As a winter resident, common along the northern Mississippi River (north of St. Louis), uncommon along the southern Mississippi River, and rare elsewhere. American ornithologists treat the herring gull (L. argentatus) as a single circumpolar species (occurring all the way around the north pole), with a number of different subspecies. European ornithologists consider our herring gull a separate species, the “American herring gull” or “Smithsonian gull” (L. smithsonianus).

Herring gulls breed in colonies, mostly in the Great Lakes and northward into Canada, and down the Atlantic Coast into the Carolinas. Young stay with their parents for about half a year, and mated pairs display a rather close bond year-round, compared to other gulls. Young take four years to acquire adult plumage. Missouri is in their wintering range. They start arriving here in September, their numbers are greatest December through March, and they fly north again in April.

Before conservation laws were enacted, egging and plume hunting in the 19th century nearly wiped out the gulls and terns from our Atlantic and Pacific coasts. Today, construction of buildings along coasts is the major threat to gulls and terns, since it reduces available breeding grounds.

The name “seagull” isn’t quite accurate, as nearly all gulls stay fairly near to land and do not venture far out on the open sea. They are one of the many animals that interweave aquatic ecosystems with those of the land, and they require both habitats in order to live. 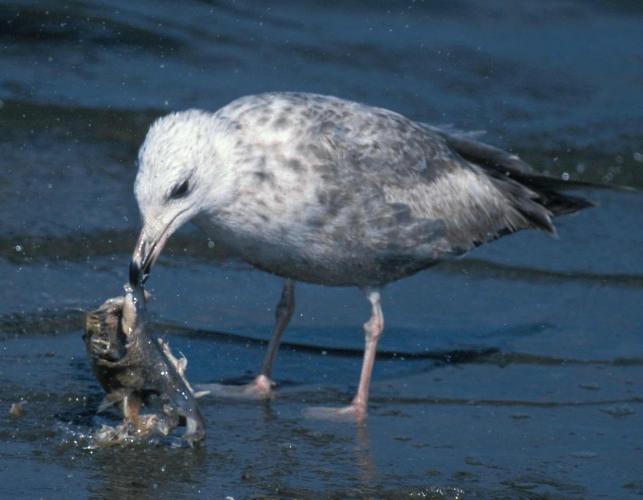 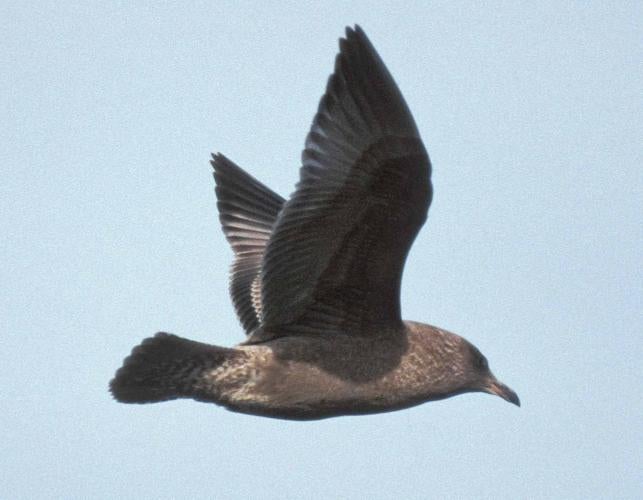 Caption
Immature herring gulls have brownish wings with a pale whitish patch on the inner primaries, visible from below.
Credit
Jim Rathert
2/4
Image 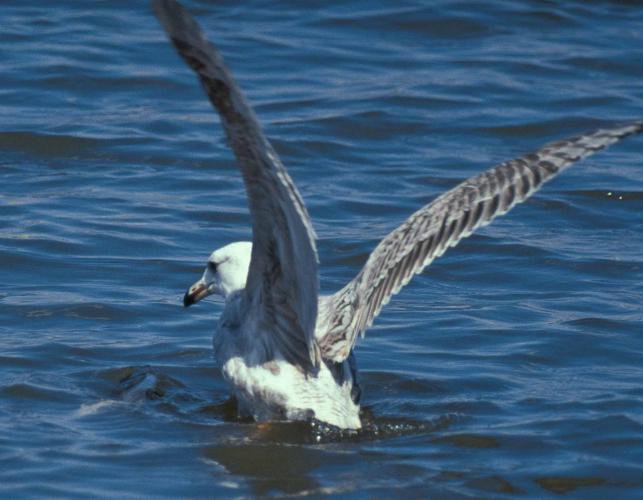 Caption
Herring gulls have been known to use pieces of bread to bait goldfish, which is one example of tool use in animals.
Credit
Jim Rathert
3/4
Image 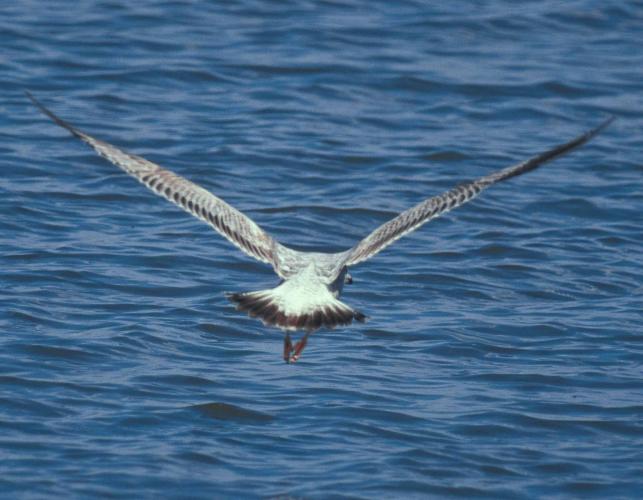 Caption
The herring gull is one of the most common gulls in Missouri, but gull identification can be quite difficult.
Credit
Jim Rathert
4/4
Image 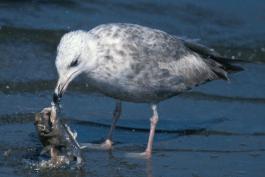 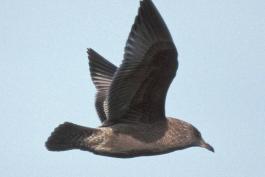 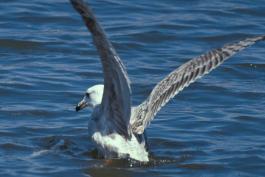 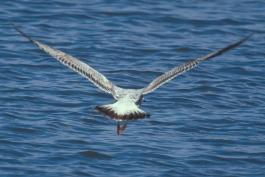