Perennial herb with one to several slender, hairy stems growing from a horizontal rootstock. Flowerheads with 6–15 drooping yellow ray florets to 3 inches long. The disk rises conelike above the rays, reaching about 1 inch in length. It starts out gray, then turns brown as the florets open. Blooms May–September. Leaves pinnately divided into 3–7 segments, narrowly lanceolate, toothed.

Similar species: Of the two other prairie coneflowers (genus Ratibida) in Missouri, only one is likely to be encountered. Longhead prairie coneflower, or Mexican hat (R. columnifera), is scattered in the western half of the state. It grows from a taproot, and its conelike disk reaches 2 or even 2¾ inches long. Other Missouri plants called coneflowers include 5 species of Echinacea and 9 species of Rudbeckia. 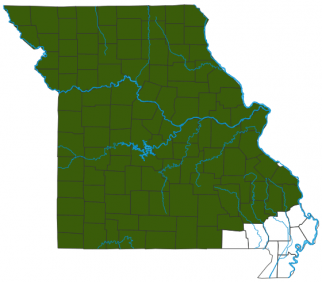 Scattered nearly statewide, but absent from the Southeast Lowlands and nearby Ozark counties.

Occurs in upland prairies, glades, savannas, openings and edges of rich to dry upland forests, and rarely banks of streams; also fencerows, pastures, railroads, and roadsides. It is also cultivated as a garden ornamental.

Prairie coneflowers are popular native plants for flower gardening. Native Americans used them for a variety of medicinal uses and also made tea out of the flowers and leaves. If you rub the disks, they smell something like anise.

Bees, butterflies, and other insects are drawn to the flowers, where they receive nectar in exchange for their cross-pollination services. Herbivores ranging from caterpillars to woodchucks eat the leaves. 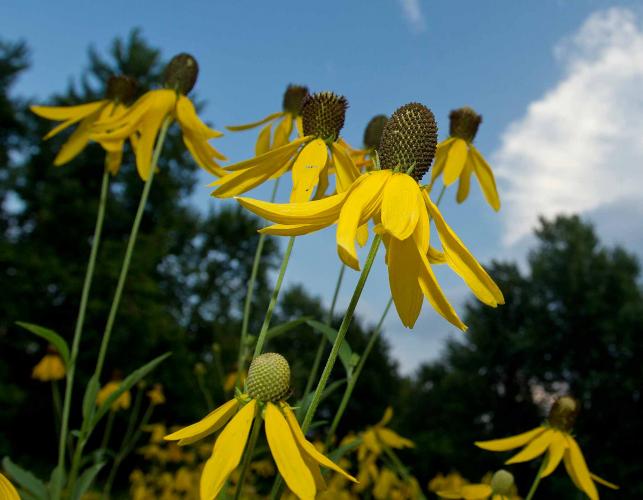 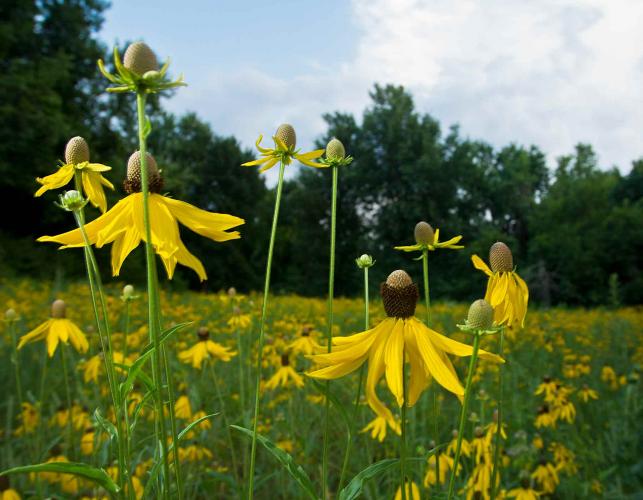 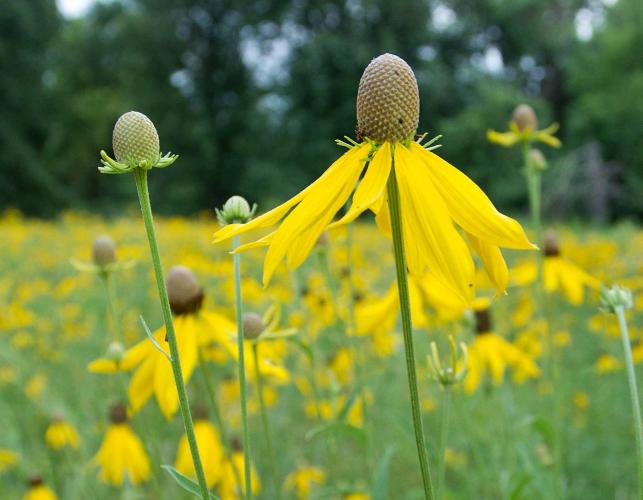 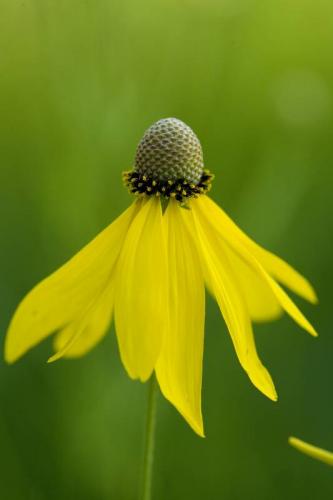 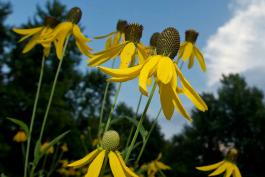 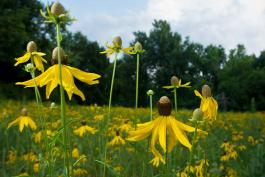 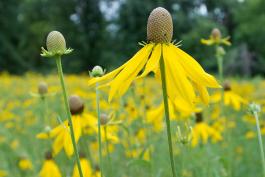 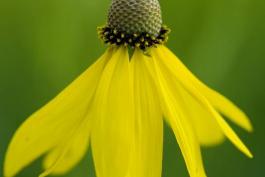 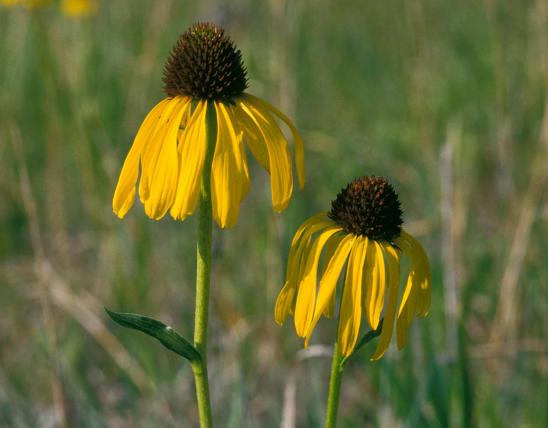 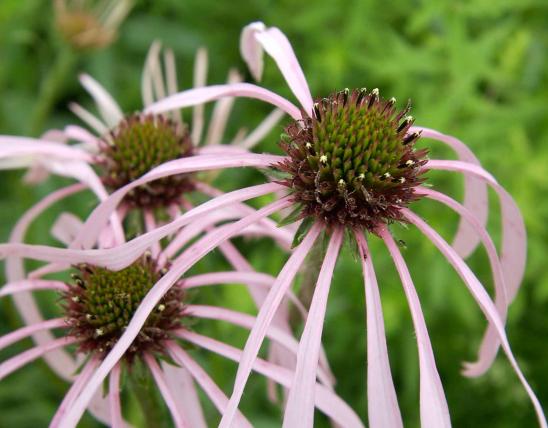 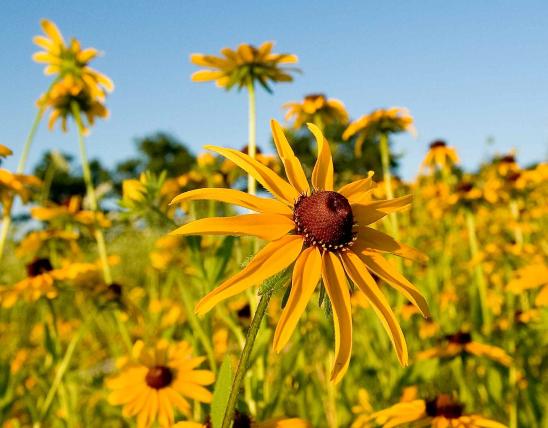 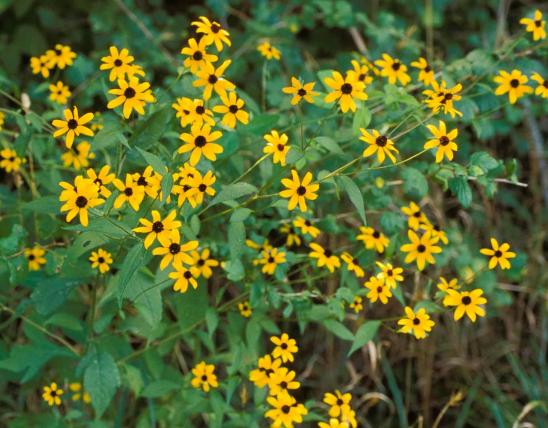 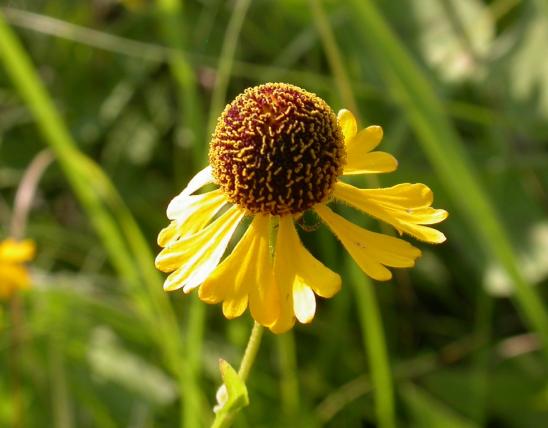 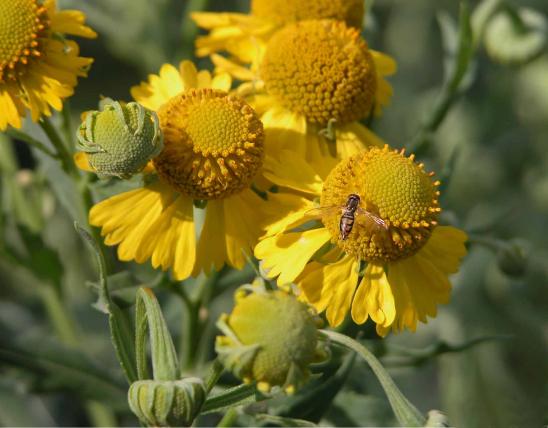 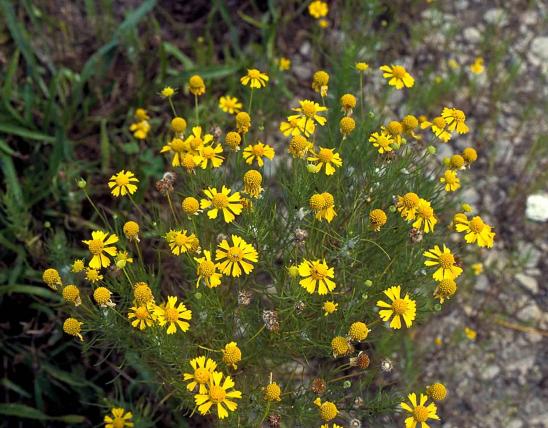 Bitterweed (Bitter Sneezeweed)
About Wildflowers, Grasses and Other Nonwoody Plants in Missouri
A very simple way of thinking about the green world is to divide the vascular plants into two groups: woody and nonwoody (or herbaceous). But this is an artificial division; many plant families include some species that are woody and some that are not. The diversity of nonwoody vascular plants is staggering! Think of all the ferns, grasses, sedges, lilies, peas, sunflowers, nightshades, milkweeds, mustards, mints, and mallows — weeds and wildflowers — and many more!