Back and sides are dark brown with greenish reflections, the brown on sides interrupted by vertical pale zones, and with a narrow blackish bar at the base of the tail fin. Belly is buff-white. Fins are plain. 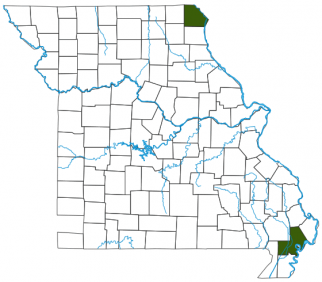 Populations have been noted along the Mississippi River near New Madrid (probably swept there from Reelfoot Lake in Tennessee) and in a marsh and nearby ditches on the Mississippi floodplain in Clark County. Historically, they probably lived in southeastern Missouri.

Mudminnows typically inhabit bogs, sloughs, swamps, and sluggish streams. In our state, this fish is rare and was not recorded within our borders until 1978. Its Clark County locale is a marsh with deep muck overlying sand, with cattails, lotus, sedges, watercress, and more. The mudminnow is one of the hardiest of fishes and can tolerate highly acid water. It survives low oxygen levels by gulping air and absorbing it via its swim bladder. It also tolerates colder water than many other fishes.

During warm weather, this species focuses on both aquatic invertebrates and land insects that fall into the water. In winter, mudminnows can remain surprisingly active, even under ice cover, and turn their attention to other small fishes, which become more sluggish and vulnerable as the temperature drops. A study in Manitoba demonstrated that in winter, when the availability of insect foods decreases, female mudminnows ate mostly other fishes.

Central mudminnows are rare in Missouri and have been listed as Endangered in our state. It is a Missouri Species of Conservation Concern. It does live elsewhere in the eastern United States, but overall, its numbers are declining due to destruction of its marshy habitats.

Mudminnows are a small group (five living species) that used to be considered as a separate family, the Umbridae, most closely related to the pikes and pickerels. They look quite different from pikes, but they have many similarities in their bone structure and other less-obvious body characteristics. DNA evidence has shown that the mudminnows and pikes are too closely related to be considered separate families, so the midminnows have been lumped in with the pikes in family Esocidae. The three genera that used to comprise the mudminnow family are still considered "umbrids," a group distinct from the pikes and pickerels.

The central mudminnow is the only mudminnow that occurs in our state, and it occurs only in a few marshy locations near the Mississippi River.

In springtime, mudminnows move into flooded areas after heavy rains, scatter their eggs over vegetation, and leave the young to hatch and survive on their own. At the end of their first year of life, they are over 1½ inches long; at the end of the second, they are over 2 inches. A 3-inch mudminnow may be 4 years old. The maximum lifespan is about 7 to 9 years.

The central mudminnow, taken on its own terms, is a surprisingly hardy fish, able to survive low oxygen, high acid, and extreme cold — but it cannot survive when its entire habitat is destroyed. It is up to humans to protect the marshes and swamps that are its home.

A scientific article published in 2014 discussed the ecology and conservation of mudminnows. Its authors pointed out that it was a pair of high school students who, during a summer science camp in Oregon in 1964, discovered fossil specimens of what would be identified as a new (extinct) species of mudminnow. The discovery of that new species sparked the in-depth studies that ultimately led to the mudminnows being moved into the pike/pickerel family.

This fish plays the dual role of predator and prey, hunting smaller creatures (amphipods, insects, and little fish) but being hunted by larger fish, birds, snakes, and even mammals, especially when stranded out of water. Mudminnows, as a small, curious group, are a unique part of the world’s fauna. 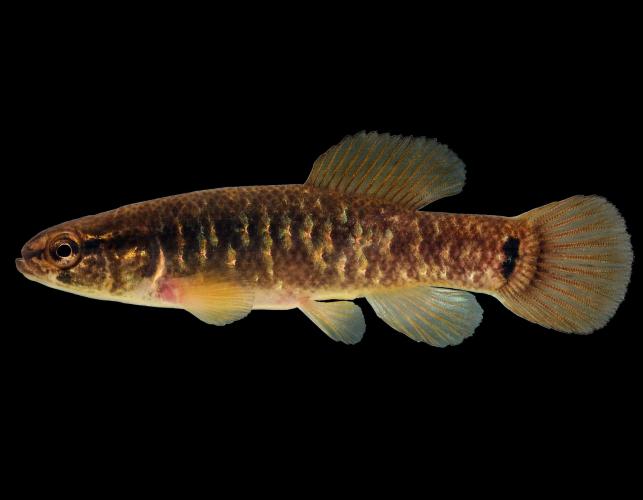 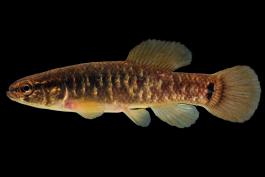 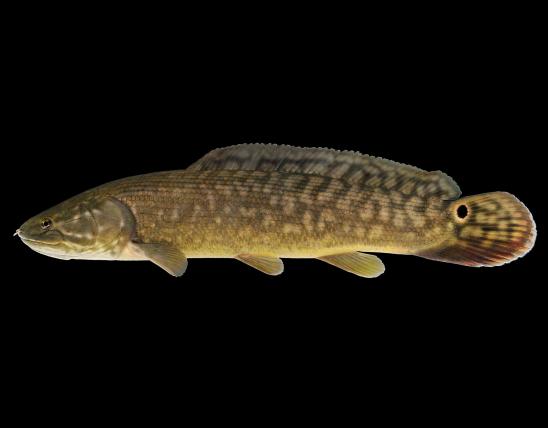 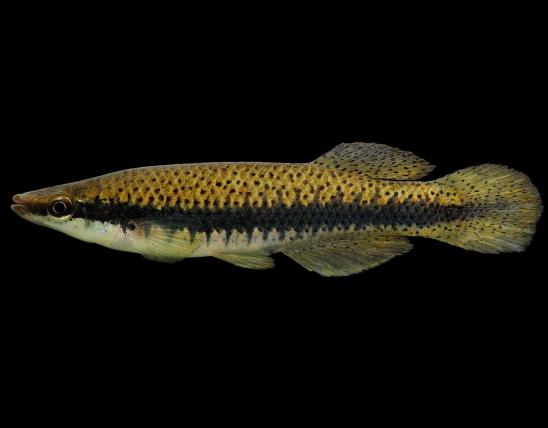 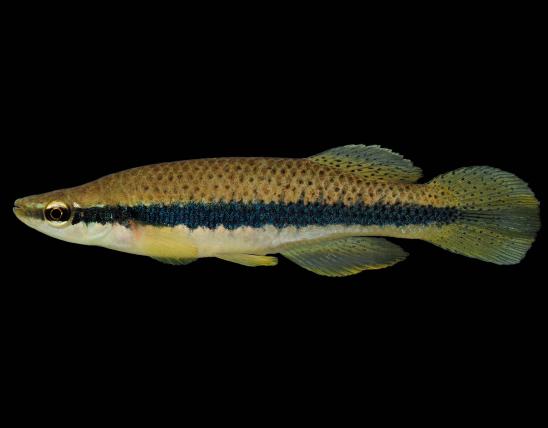 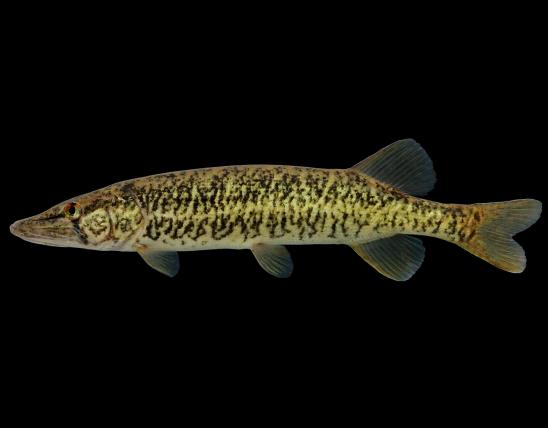 Redfin Pickerel (Grass Pickerel)
About Fishes in Missouri
Missouri has more than 200 kinds of fish, more than are found in most neighboring states. Fishes live in water, breathe with gills, and have fins instead of legs. Most are covered with scales. Most fish in Missouri “look” like fish and could never be confused with anything else. True, lampreys and eels have snakelike bodies — but they also have fins and smooth, slimy skin, which snakes do not.