The black vulture has a large, black body with a naked black head. Seen from below, the wings are mostly black, with a white patch near the outer end of the wing; the tail is short. In flight, it alternates between a series of three to four flaps and soaring. The wings are held nearly horizontally. It frequently flies higher than turkey vultures, following and watching them from above.

Similar species: Turkey vultures are more common statewide. Adults have naked red heads. Seen from below, the wings appear black with the trailing half of the wing gray or sometimes silvery in certain light. Wings are held in a shallow V position, and in flight, turkey vultures tilt or wobble due to their relatively light weight. 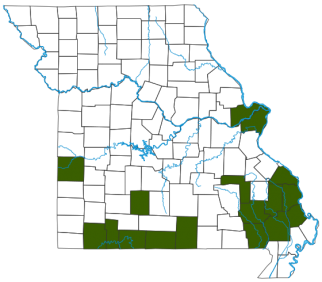 Statewide. Most sightings are in extreme southern Missouri, but black vultures have been increasing their range to the north. Their global range extends from the southeastern United States through much of Mexico, south through Central America, and nearly to the southern tip of South America.

Local, uncommon summer resident in extreme southern Missouri. Accidental spring and fall transient elsewhere. Local, uncommon winter resident in southern Missouri. A Missouri Species of Conservation Concern, considered vulnerable to extirpation from our state. As this species expands its range northward, we can expect to see more black vultures statewide. It is now often seen in New England. It is protected by the Migratory Bird Treaty Act and other laws.

Black vultures can live for 25 years and form strong, year-long, monogamous pairs that last for many years. They are attentive parents and stay in tight-knit family groups, helping each other find food and repelling unrelated vultures. Eggs are laid on the ground in caves and other dark, protected places. There is one brood a year, with 1-3 (usually 2) eggs in a clutch. They incubate for more than a month and stay in the nest for about 2 more months. Black vultures roost in big flocks at night.

Until the 1900s, black vultures were appreciated as slaughterhouse cleaners in the southeast. Then, unfounded fears of them spreading disease caused them to be shot, trapped, and poisoned into the 1970s. Now, abundant roadkill, climate change, and changes in nesting habitat availability seem to be increasing their numbers and range.

Eating carrion isn’t pretty, but it’s an important job. In addition to recycling the proteins and other nutrients in the bodies of dead animals, converting it to the less offensive form of their own bodies, vultures lessen everyone’s exposure to potential disease sources. 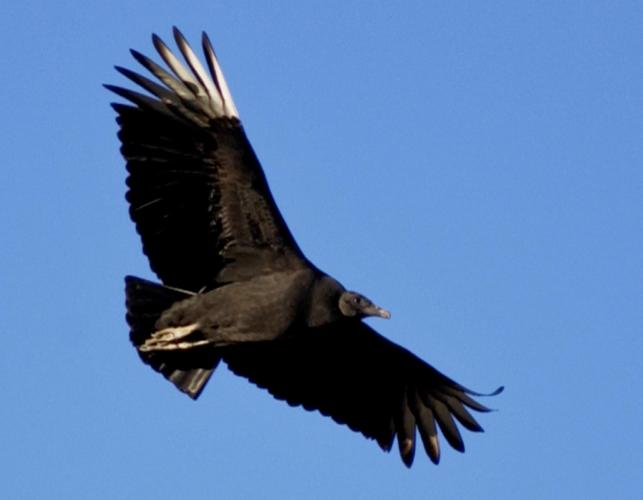 Caption
Seen from below, the wings of black vultures are mostly black, with a white patch near the outer end of the wing; the tail is short. The wings are held nearly horizontally.
1/3
Image 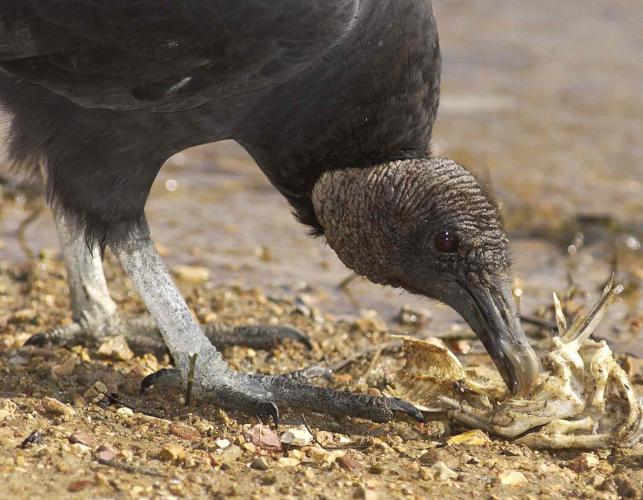 Caption
Eating carrion isn’t pretty, but it’s an important job. Vultures recycle the proteins and other nutrients in the bodies of dead animals, converting it to the less offensive form of their own bodies.
2/3
Image 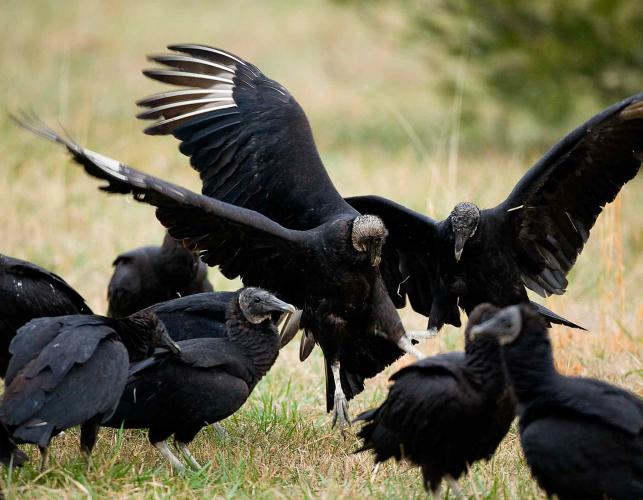 Caption
Black vultures feed on carrion, including roadkill, and in dumpsters and landfills. Their featherless heads are a hygienic adaption for this lifestyle.
Credit
Noppadol Paothong
3/3
Image 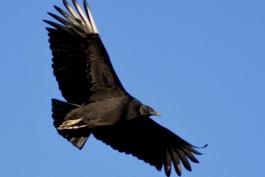 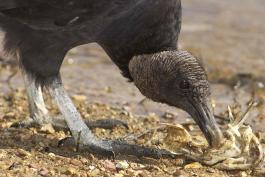 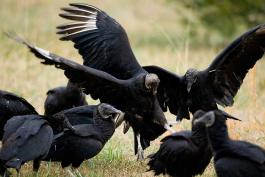 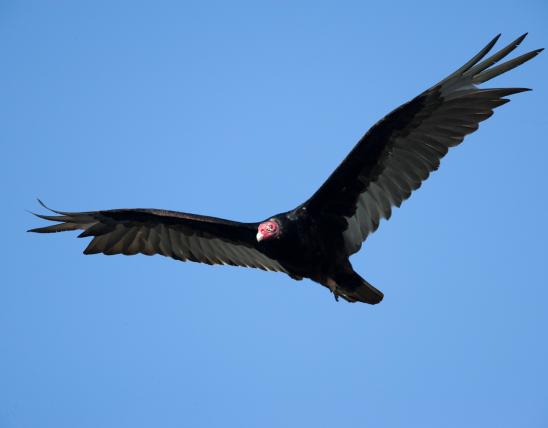 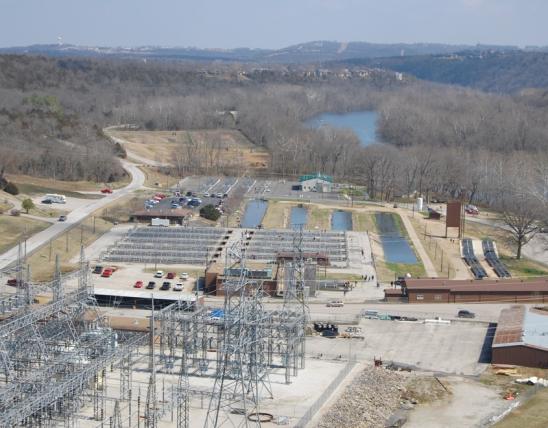 Shepherd of the Hills Fish Hatchery
Shepherd of the Hills Fish Hatchery is the largest trout-rearing facility operated by the Missouri Department of Conservation.
About Birds in Missouri
About 350 species of birds are likely to be seen in Missouri, though nearly 400 have been recorded within our borders. Most people know a bird when they see one — it has feathers, wings, and a bill. Birds are warm-blooded, and most species can fly. Many migrate hundreds or thousands of miles. Birds lay hard-shelled eggs (often in a nest), and the parents care for the young. Many communicate with songs and calls.
Related Content
Bats