It was stewarded by Native Americans, named by French explorers, and broken by the steel plow; an invention that tilled ground for croplands that fed the world. The tallgrass prairie is America's OG landscape.

Experience the changing light and colors of Missouri's tallgrass prairies.

The word prairie is French for meadow. Early French-speaking explorers traversed these natural grasslands and gave them the name we use today. Prairie is a dynamic mixture of grasses, wildflowers and shrubs, together with the animals that call the prairie home.

America’s prairie region stretched from small openings in the east to the Rocky Mountains in the west, from Canada in the north to the Gulf of Mexico in the south. The original tallgrass prairie spanned what are now 14 states, covering 142 million acres.

In Missouri, one third of the state, or roughly 15 million acres of tallgrass prairie existed before European settlement including nearly half of St. Louis and portions of Kansas City.

America’s tallgrass prairies overflowed with abundance. Seas of waving grasses could hide a rider on horseback. A horizon of bison and a million prairie chickens covered Missouri, seen standing side to side in some parts. In other areas, deer and elk were so thick that their horns looked like dry limbs scattered over the prairie.

Creatures adapted to these grasslands flourished in numbers unimaginable today. Prairies were home to prairie chickens, jack rabbits, badgers, bullsnakes and bison. The prairie habitat shaped these animals. As prairie was converted to crop lands and towns, these animals disappeared from much of our landscape.

Early pioneers could not easily penetrate the thick network of roots and plant litter known as sod. With the marketing of the steel plow by John Deere in 1838, the prairie began to be opened up for row crops and America's breadbasket was formed. Fire, the very factor that maintained the prairie, was feared for its threat to human life and property. Suppressing fires provided a safe haven for settlers, but allowed trees and other plants to take over. 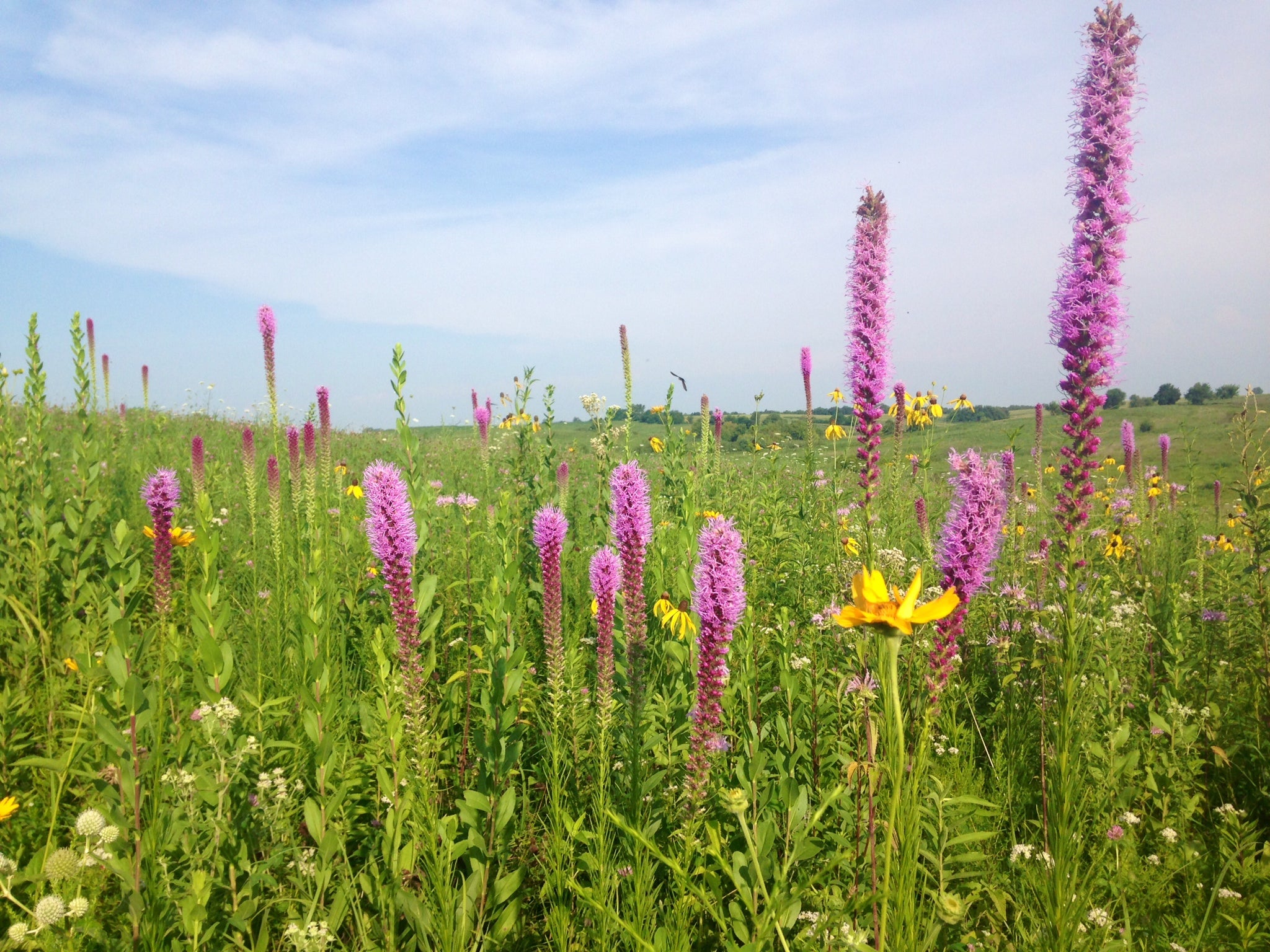 Today, fewer than 70,000 acres, less than one percent of Missouri’s original prairie remains. What’s left has been compared to postage stamps on a billboard, making true prairies among the rarest of the rare.

Prairies are more than what first meets the eye. Their canvas is more subtle than majestic mountains or towering forests. Shaped by open sky and gently sloping hills, the essence of prairie is space. A closer look within reveals an abundance of color, energy, and life.

Their deep soils, tall grasses and plants support a variety of animals and pollinators. Wildflowers bloom from spring through fall, offering an amazing array of color.

You can still experience the landscape that Lewis and Clark and Laura Ingalls Wilder saw by visiting Missouri's remaining prairies. You’ll find great photo ops in the wide open spaces that prairies provide. 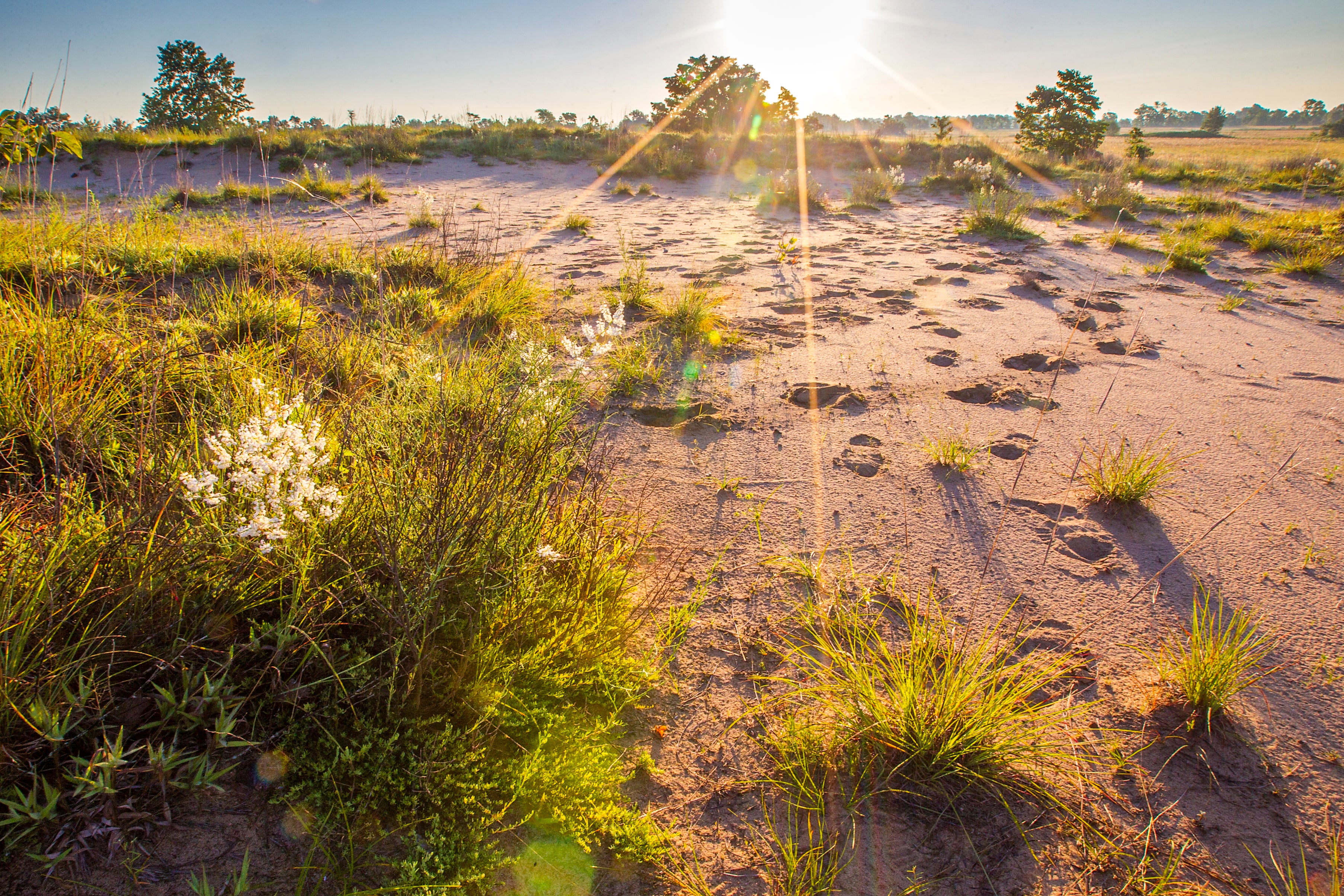 Here are the five general prairie types found in Missouri:

Loess Hill Prairie: Missouri’s steep-sloped loess hill prairies occur in the extreme northwestern corner of the state, along the Missouri River floodplain and other streams. Loess is ancient, fine-grained, windblown soil, and this fertile soil underlies much of northern Missouri.

Glaciated Prairie: Missouri’s glacial till prairies are primarily found in the Central Dissected Till Plains, or Glaciated Plains region, north of the Missouri River. These rolling prairies typically have deep, well-drained, highly fertile soils formed by loess and other historic glacial deposits.

Unglaciated Prairie: Unglaciated prairies, found south of the Missouri River, were not formed by glacial soil deposition. Thus soils are generally shallower than those on northern prairies, often exhibiting exposed bedrock. This is the most common remaining prairie type because its rocky and relatively infertile soils have protected it from conversion to agriculture.

Sand Prairie: Sand prairies exist on natural levees and terraces with very little sloping on all aspects. Soils tend to be well-drained, very deep, and low in nutrients and organic matter. In Missouri, sand prairie habitat is restricted to areas bordering the Mississippi River in only the southeastern and northeastern regions of Missouri.

Wet Prairie: Wet prairies often border marshes or are associated with floodplains, lower slopes of prairies, or areas with groundwater seepage. They have saturated soils through much of the growing season due to high clay content, and they have seasonally high water tables and standing water present during the spring and winter or after heavy rains. About 99.6 percent of wet prairies have been destroyed, making them a critically imperiled community type.

Discover more about prairies in Missouri. 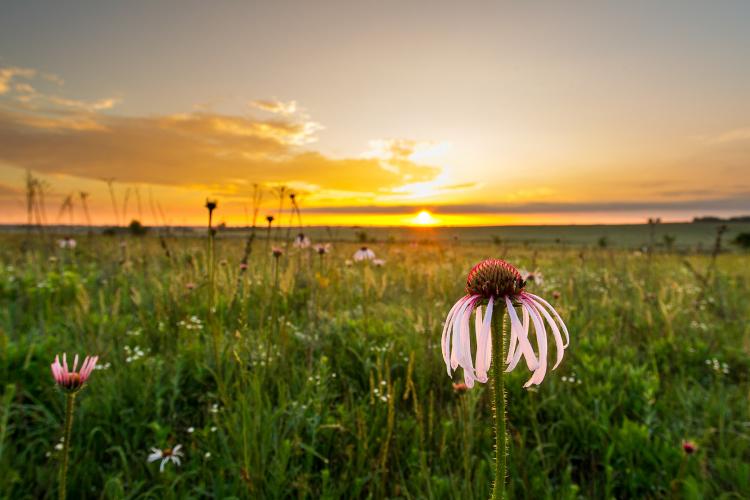 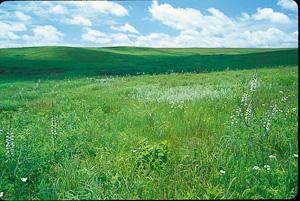 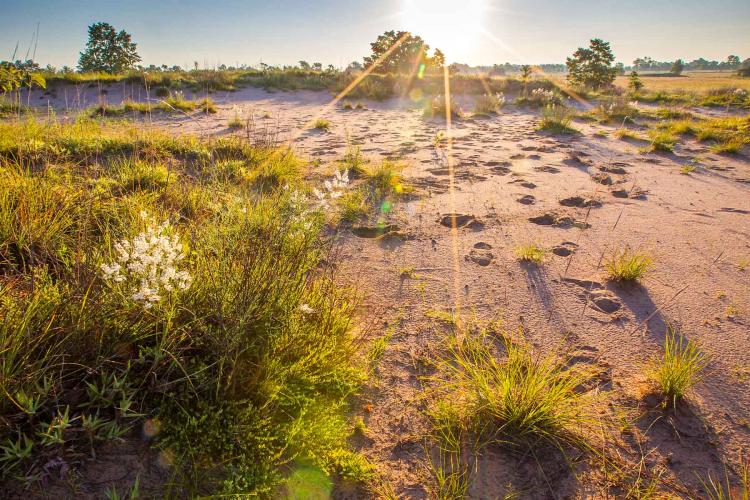 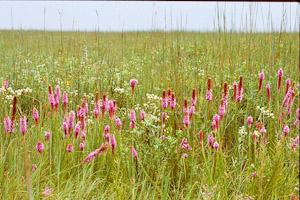 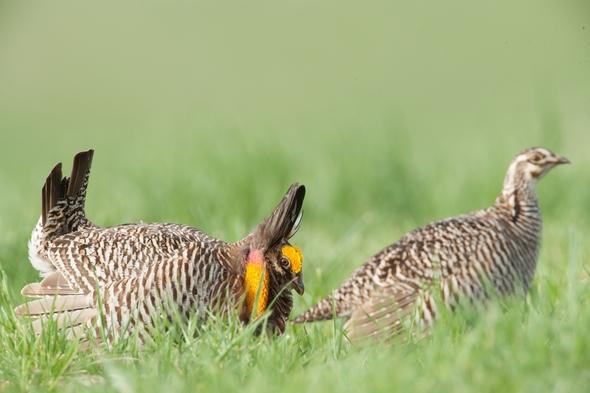 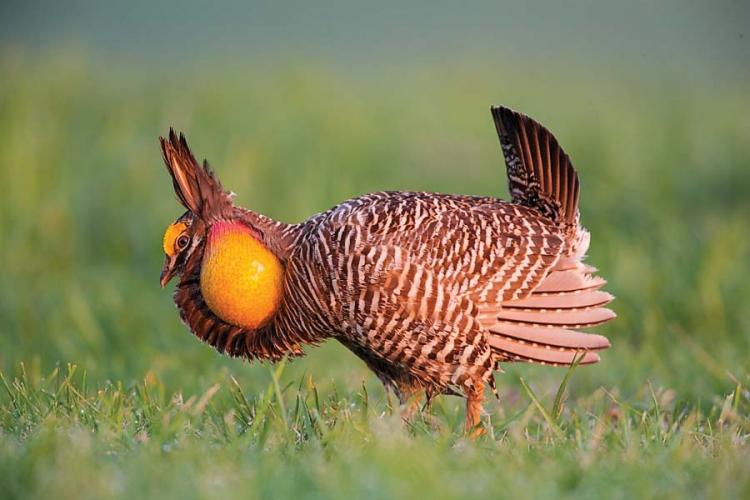