This ground squirrel has 13 stripes, lined in shades from white to brown. Always on the alert, they're ready to dash through grassland runways to their burrows should a predator make a move. They'll pop back out to scout the situation within moments. Ground squirrels can stand on hind legs in what's known as a "picket pin" posture to survey their surroundings.

Thirteen-lined ground squirrels move with lightning speed through grasslands, diving into underground burrows for safety. Hawks, badgers, coyotes and snakes pursue them. They’re one of our few truly hibernating animals. When they head underground in the fall, they will plug the entrance to their burrow. While underground, their body temperature drops to just above freezing. And their heart rate slows to 5 beats per minute.

The best place to see these ground squirrels is in northwest Missouri, in grasslands or prairie country. The best time is the brightest part of sunny days. They stay in their burrows on cloudy or rainy days. The best photo op is when they stand on hind legs eating wildflower seeds.

See them up close and personal in the video below. 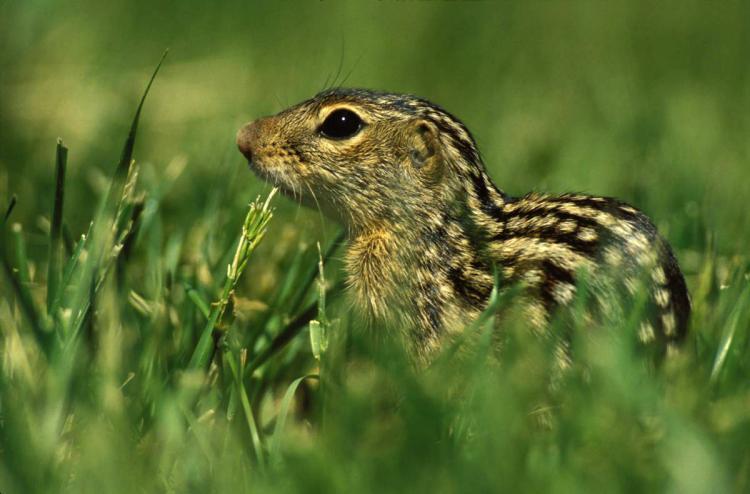