It would be hard to prove that no two snowflakes are exactly alike. But it’s easy to find a variety of spectacular shapes in the tiny structures that turn the landscape white.

Snowflakes form high in the earth’s atmosphere when super-chilled water vapor crystallizes around a particle of dust. As a seed crystal circulates within a cloud, it changes in size and shape. The atmosphere the snowflake encounters along the way is what creates the snowflake’s pattern.

From lacy structures to small, angled prisms, there are officially six types of snow crystals. All of these crystals have one thing in common, each branch or stem has exactly six sides. Because of the way water molecules stack up when they freeze, the ice crystals can’t form in any other way. Pick up a magnifying glass and take a look at the next snowfall. The types of ice crystals you’re most likely to see are stellar crystals and hexagonal plates. Stellar crystals are lacy and star-shaped. They’re the ones you make when you cut a snowflake out of folded paper. Hexagonal plates are the flat, six-sided crystals that you’ll see floating down, dancing and twinkling in the winter sky.

When a snow storm hits, take a close look at the delicate patterns that fall. See for yourself if any two are the same. It's also fun while you are out to look for animal tracks in the snow and see if you can figure out who made them.

The amount of snowfall determines the odds of survival for wildlife in winter.

Learn more about wildlife and winter. 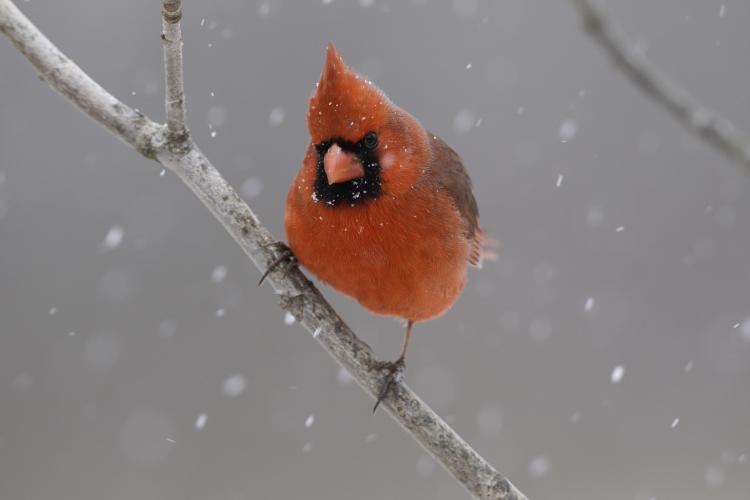 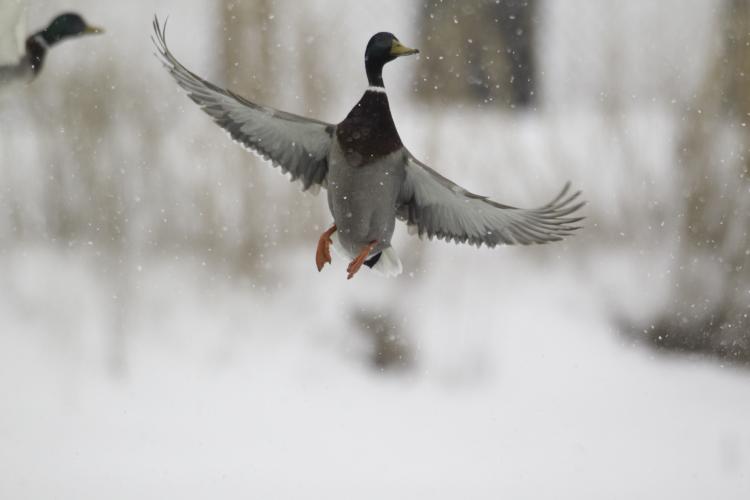 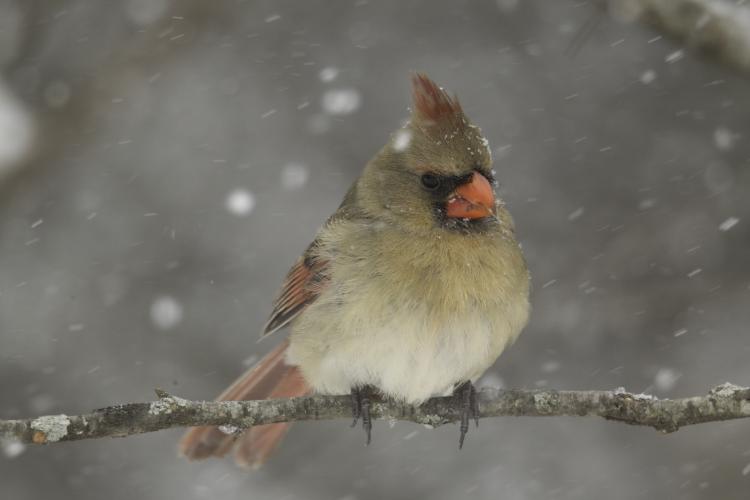