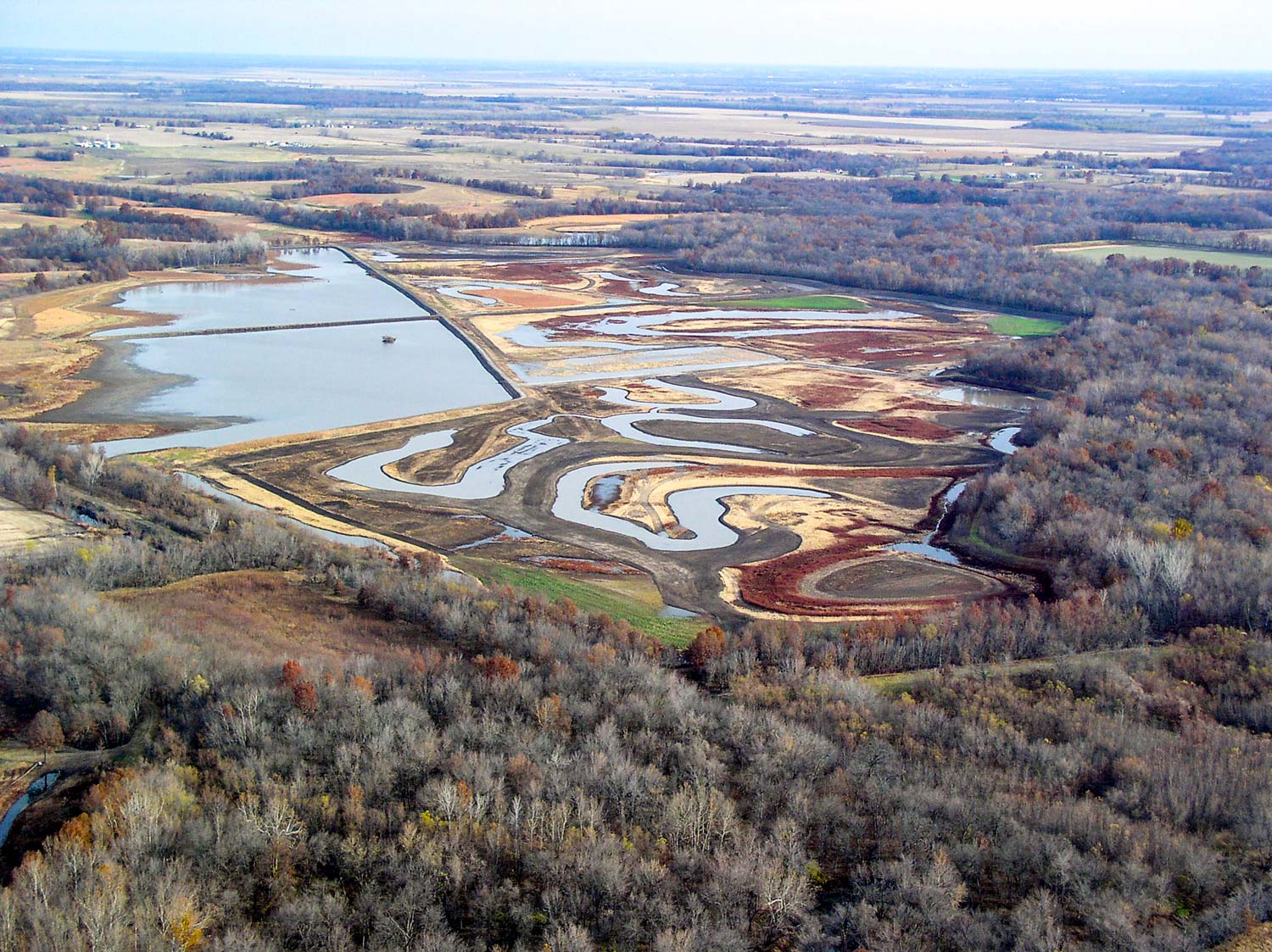 We can thank wetlands for cleaner water. They act like a giant sponge absorbing floodwaters and filtering out toxins that can be harmful to humans, plants, and animals. Wetlands have been referred to as our "eco kidneys". The absorption of water and sediments keeps habitats healthy for a variety of species. Weltands support a diversity of fish and wildlife that is somewhat similar to rain forests. They are also scenic places for wildlife viewers and photographers. Restoring wetlands can help reduce pollution across an entire watershed.

Scavengers eat garbage and dead animals, removing bacteria that can spread disease. Birds like vultures, who can pick carcasses clean, remove tons of rotting matter that would cost us millions to clean up on our own. Turkey vultures are native to Missouri and are common throughout the state. They feed exclusively on carrion. Their keen sense of smell helps them find dead animals along roads and under tree canopies. Their immune system is remarkable, with strong stomach acids that can kill dangerous toxins. Turkey vultures actually use the harmful bacteria in decaying animals to help digest the animal they are consuming. Perhaps there might be a clue in their immune system to help fight certain infectious diseases. Black vultures are newer to our state and not as efficient as turkey vultures. They must hunt by sight rather than smell, and often follow turkey vultures to a roadkill. They also cause problems for farmers when pursuing young livestock. Avian scavengers like vultures are vulnerable to ecosystem changes. They hunt by day. 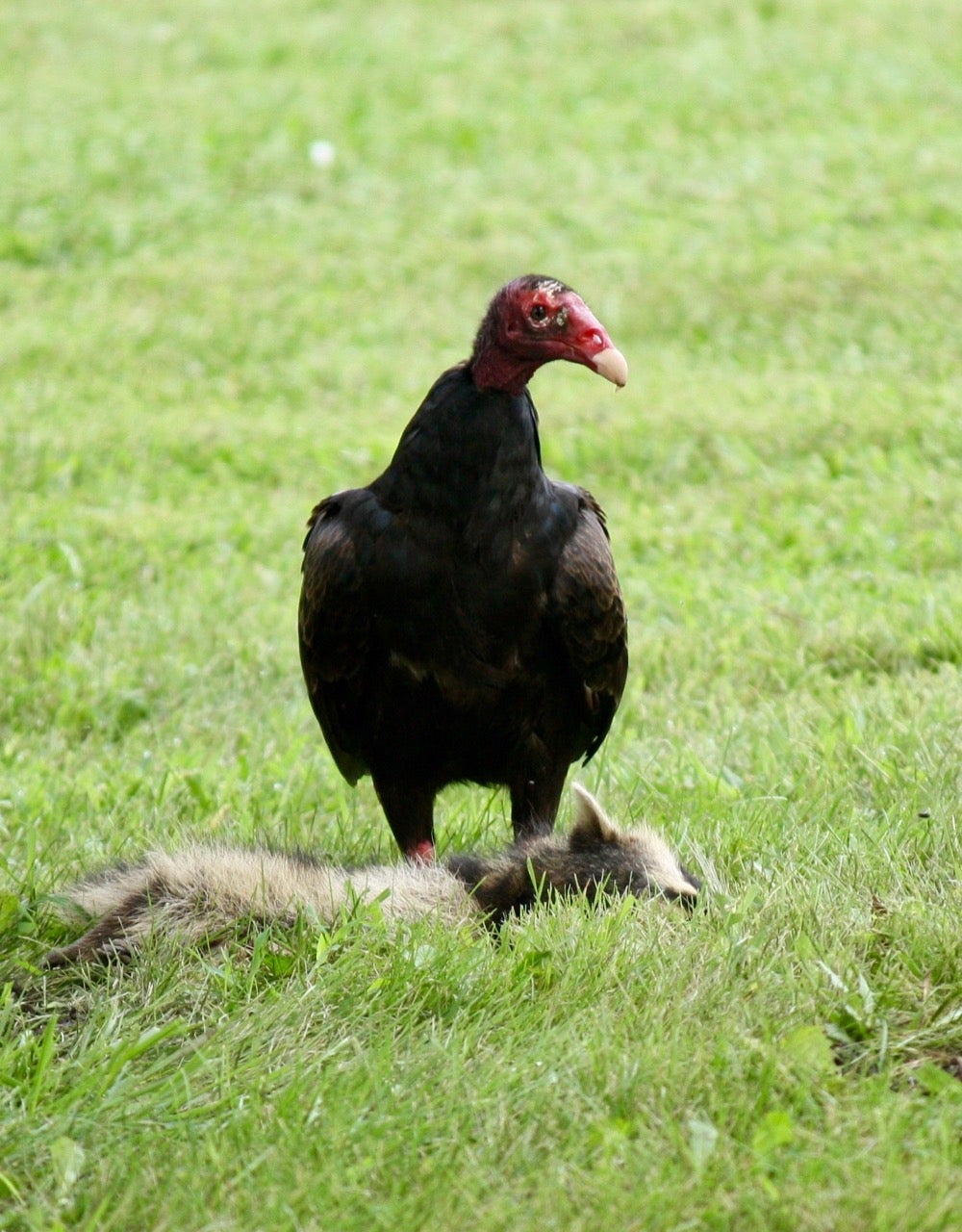 Is user submitted
Caption
When a vulture eats a diseased carcass, the bacteria and viruses — even rabies — die in the vulture’s super-acidic stomach.
Credit
Dianne Van Dien

Most mammals work the night shift. Coyotes, foxes, and bobcats are commonly captured on trail cams feeding on dead animals. Opossums vacuum up thousands of disease-carrying ticks and consume rotting fruits, vegetables, and garden pests. Opossums are undervalued. They have natural immunity which makes them at low risk of contracting or spreading diseases like rabies. They can digest most anything without getting sick, even venomous snakes. Somewhere in their blood may lie to the key to snakebite treatment. They are helpful in the backyard by removing ticks, mice, rats, and reducing cockroaches. They do not dig up yards and use existing burrows of other animals. Scavengers may be a motley crew, but the sanitation work they do keeps our environment cleaner and saves us millions of dollars in cleanup costs.

Various insects help recycle nutrients into soil. They will mine animal waste like dung and urine for salt, amino acids and other minerals to help feed their young. They also consume our garbage in urban and rural areas. Fungi, most commonly mushrooms, have an interwoven web that helps to break down and soften the wood of trees and in turn, shares nutrients with plants and trees, especially along underground routes. 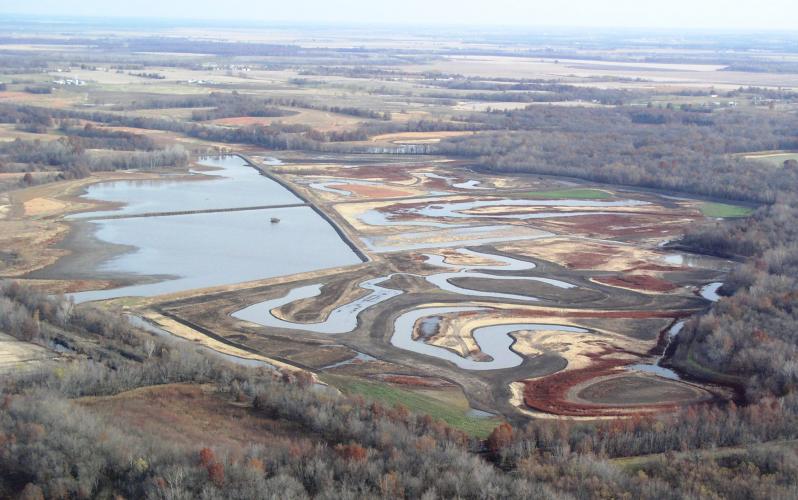 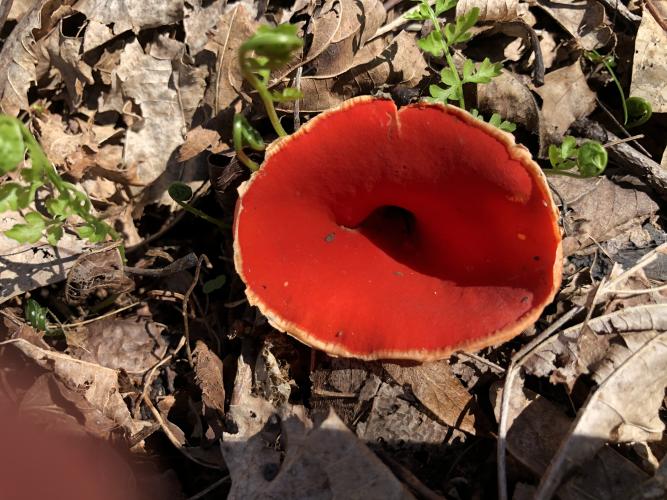