Mysteries of the Sphinx Moths

Fast flyers are winging through early morning fields and around porch lights after dusk. Sphinx moths are designed for rapid flight. Shaped like an airplane, they can clock speeds just over 30 miles per hour. They’re also known as hawk or hummingbird moths for their similar flight patterns. Various sphinx moths have been mistaken for bats and bees.

Some can hover like hummingbirds while feeding. Sphinx moths have the world’s longest tongue among moths and butterflies. They’re able to draw nectar from narrow, tubular flowers that are too deep for bees to reach. When not in use, the tongue rolls up. Many of the moths are a mottled brown, but some have very colorful wing patterns. The white-lined sphinx has vivid coral coloring.

The caterpillars are large and colorful with a small horn at the rear and strong stubby legs that clamp onto plants. The caterpillars are known as hornworms. Hornworms at rest on a branch often resemble the shape of a sphinx, hence the name for the moth.

See if you can spot these hornworms feeding or hear the hum of giant sphinx moths hovering in late summer.

The Fast and Flashy Sphinx Moth

For more on the sphinx moth, visit MDC’s Field Guide. 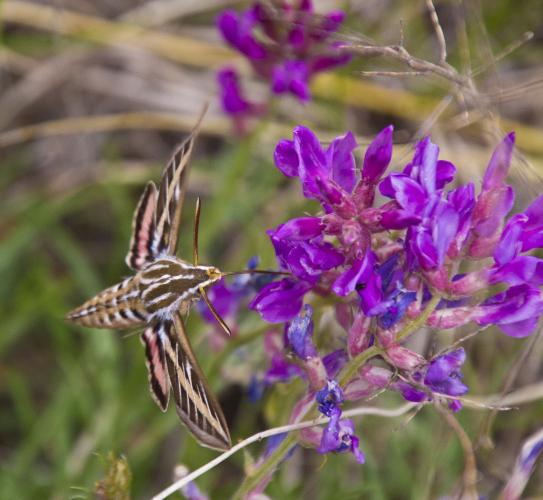 Caption
A sphinx moth visiting a locoweed bloom at Star School Prairie.
Right to Use
1/4
Image 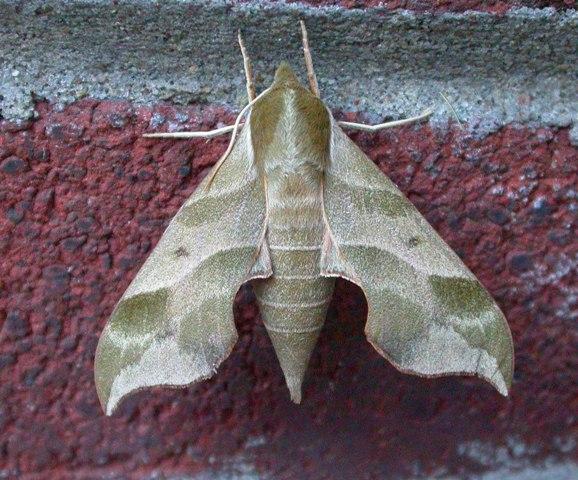 Caption
Seen from above, the Virginia creeper sphinx has broad bands of dark brown, tan, gray, or olive. There's also a dark dot about in the middle of the forewing.
Credit
Julianna Schroeder
Right to Use
2/4
Image 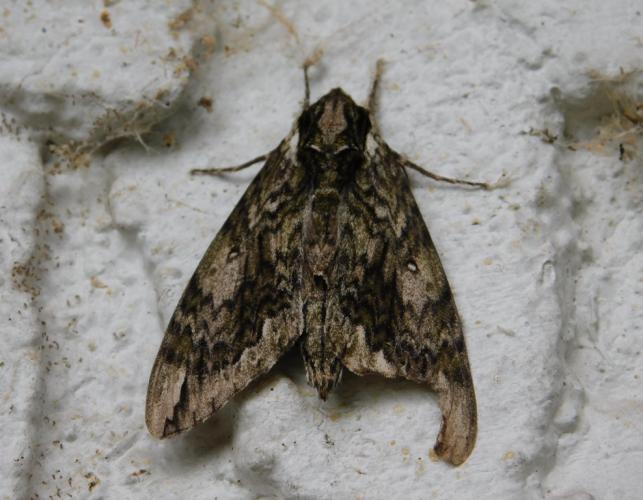 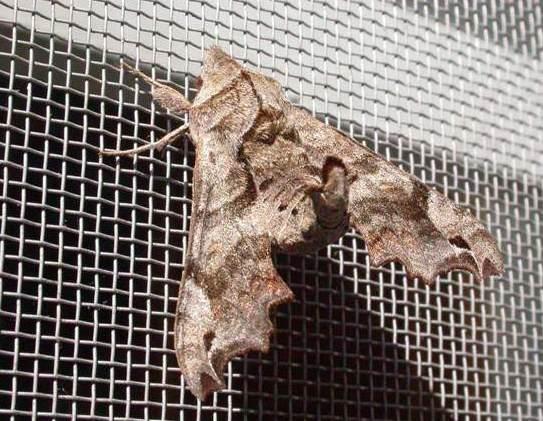 Caption
The lettered sphinx moth, Deidamia inscriptum, is our earliest sphinx, with adults flying in spring through July.
Credit
Julianna Schroeder
Right to Use
4/4
Image