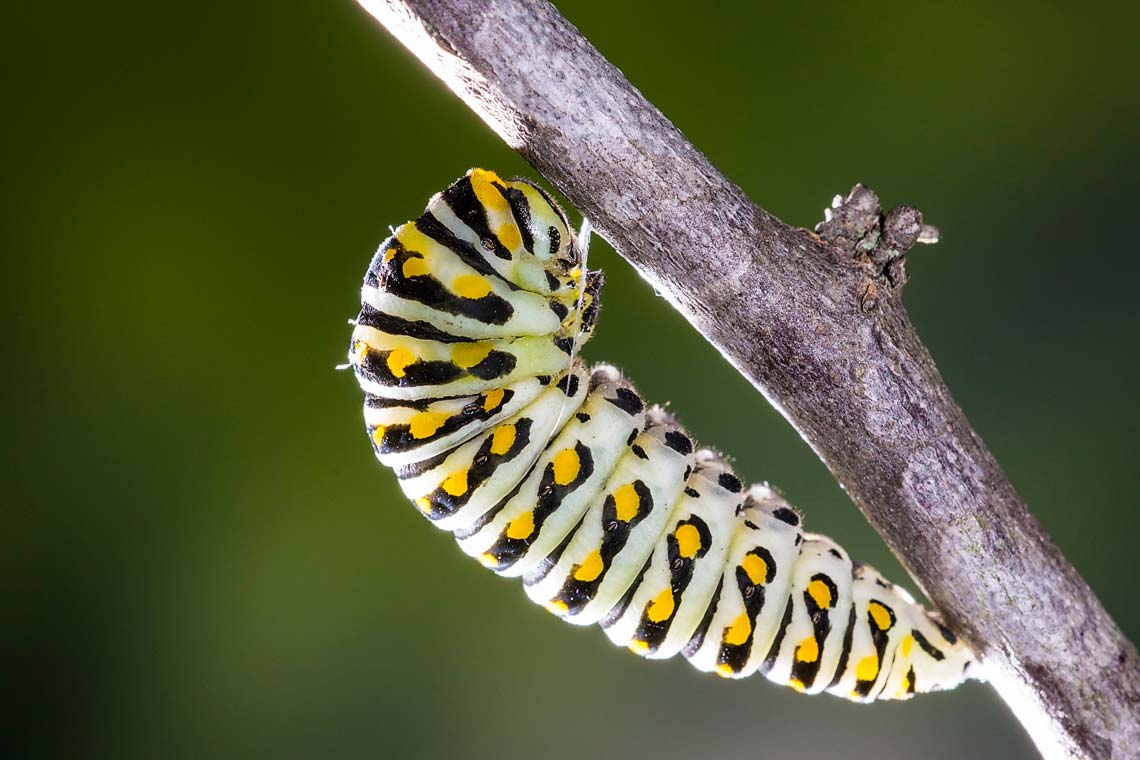 A caterpillar becomes a graceful winged moth or butterfly through a remarkable transformation called metamorphosis. The fact is many insects undergo this change.

Every insect begins life in a tiny egg. Some, such as the grasshopper, emerge as miniature replicas of the adults. Each grows to adult size by molting its outer skin whenever the skin becomes too small. The old shell splits open and a larger version of the insect crawls out. 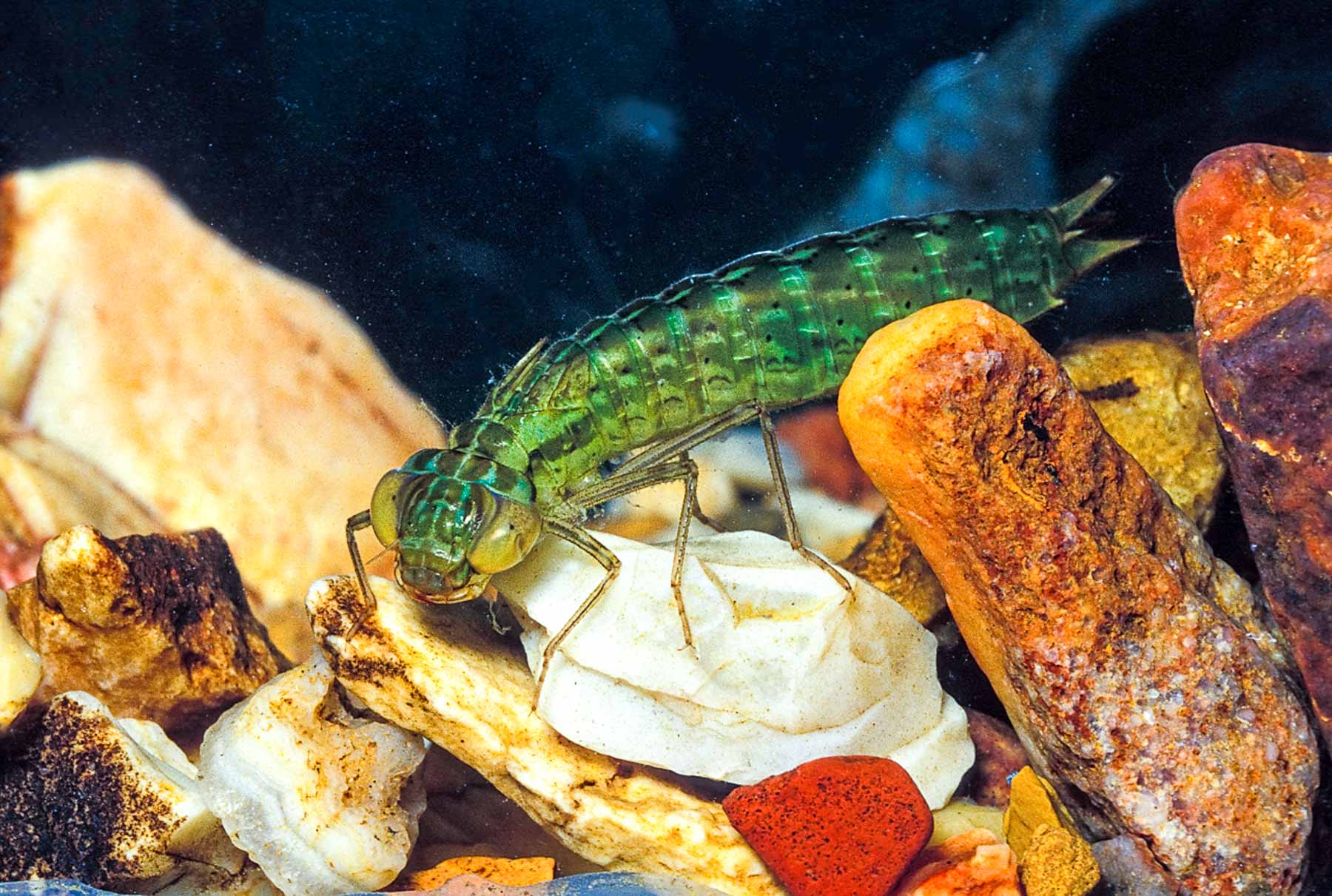 A second pattern of insect growth involves a nymph. An egg hatches into a nymph that resembles the adult, but is not quite the same. Dragonfly nymphs have gills at first, but lose them when they molt and transform into air-breathing adults.

Watch the life cycle of a Goatweed Leafwing butterly

In the most common type of insect growth, the egg hatches into a larva that does not resemble its adult form in either lifestyle or appearance. Maggots change into flies, grubs become beetles, and caterpillars transform into butterflies and moths.

Before the larva transforms into an adult, it enters a state of suspended animation called the pupal stage. At that time, the larva is outwardly motionless, while inside its body changes dramatically.

How Much Do You Know About Dragonfly Nymphs?

For more on the dragonfly nymph, visit MDC’s Field Guide. 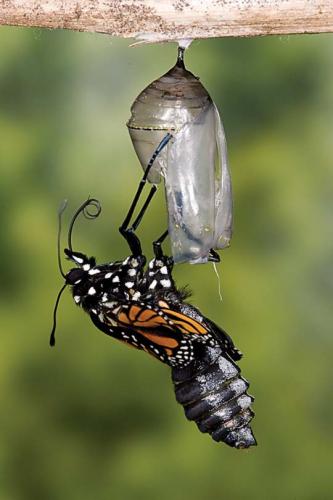 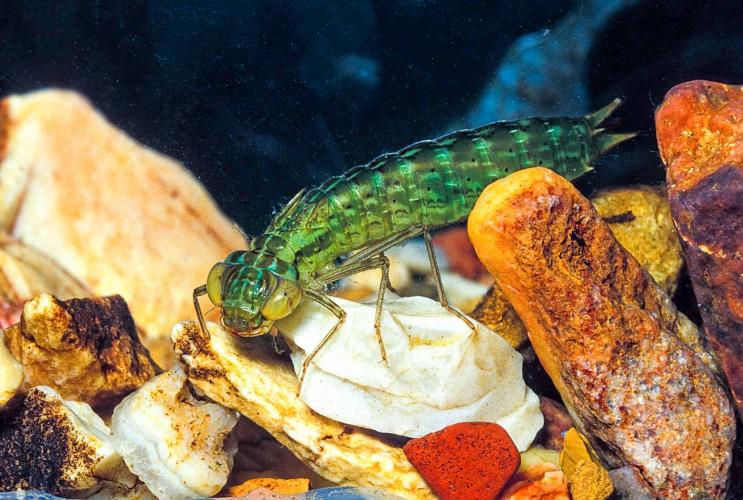 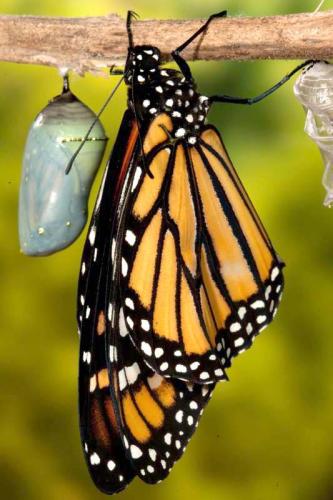