Quick Read: They are stealthy, savvy and hard to outsmart. Campsites and backyards are common scenes for their night raids. Raccoons are furbearers with an amazing ability to break into containers and garbage cans. Their long fingers on their front paws are perfect for picking locks and latches. They also have an uncanny ability to remember these feats and mimic them from watching each other.

Your car headlights reflect off bright red eyes from a hunch-backed form ambling across the road. The black mask and ringed tail identify it as a raccoon, that curious night-time prowler.

During the night, raccoons search out a variety of food, from fruit and near-ripe sweet corn to wriggling crayfish, worms, frogs, fish, dead animals and even garbage. The long, sensitive fingers on a raccon's front paws are just right for reaching into tight cracks and hiding places. There's a popular belief that raccon's always wash their food. This is not true in all cases. Raccoons often catch prey in water, but they'll eat food wherever they find it, without washing first.

Raccoons are intelligent and curious. They can remove lids from garbage cans and figure out how to open tricky latches on storage containers. Once a raccoon learns how to pick locks, it will remember how to open them the next time. Young raccoons may then learn these techniques by mimicking other raccoons. As campers and picknickers have learned, it's sometimes impossible to outsmart them.

The masked bandit may be stalking your neighborhood, whether you live in the country, city or suburbs. 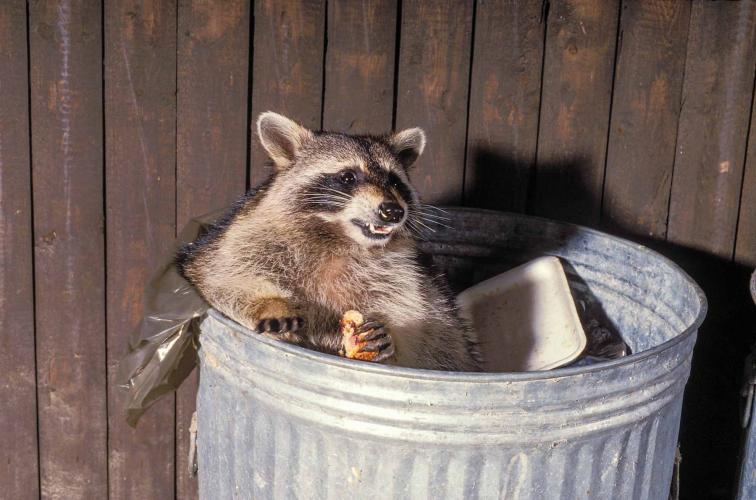 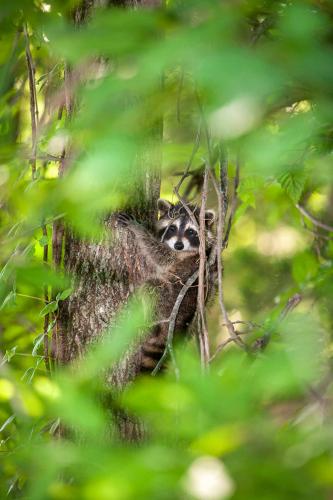 Credit
MDC
Right to Use
4/8
Image 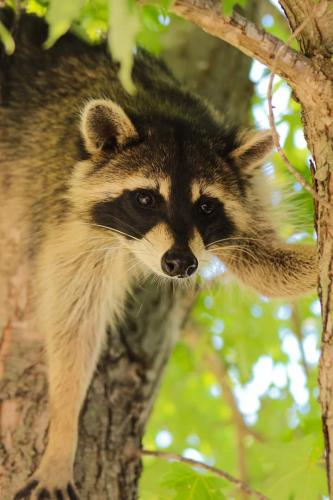 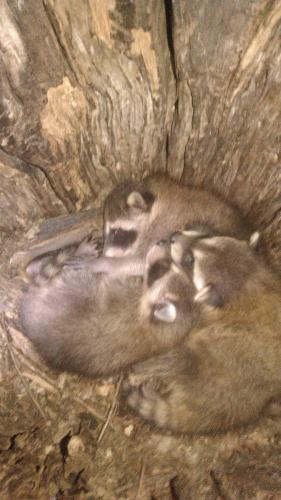 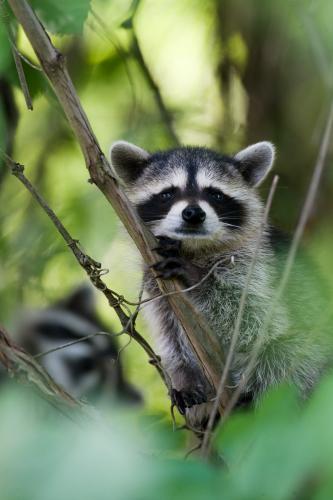