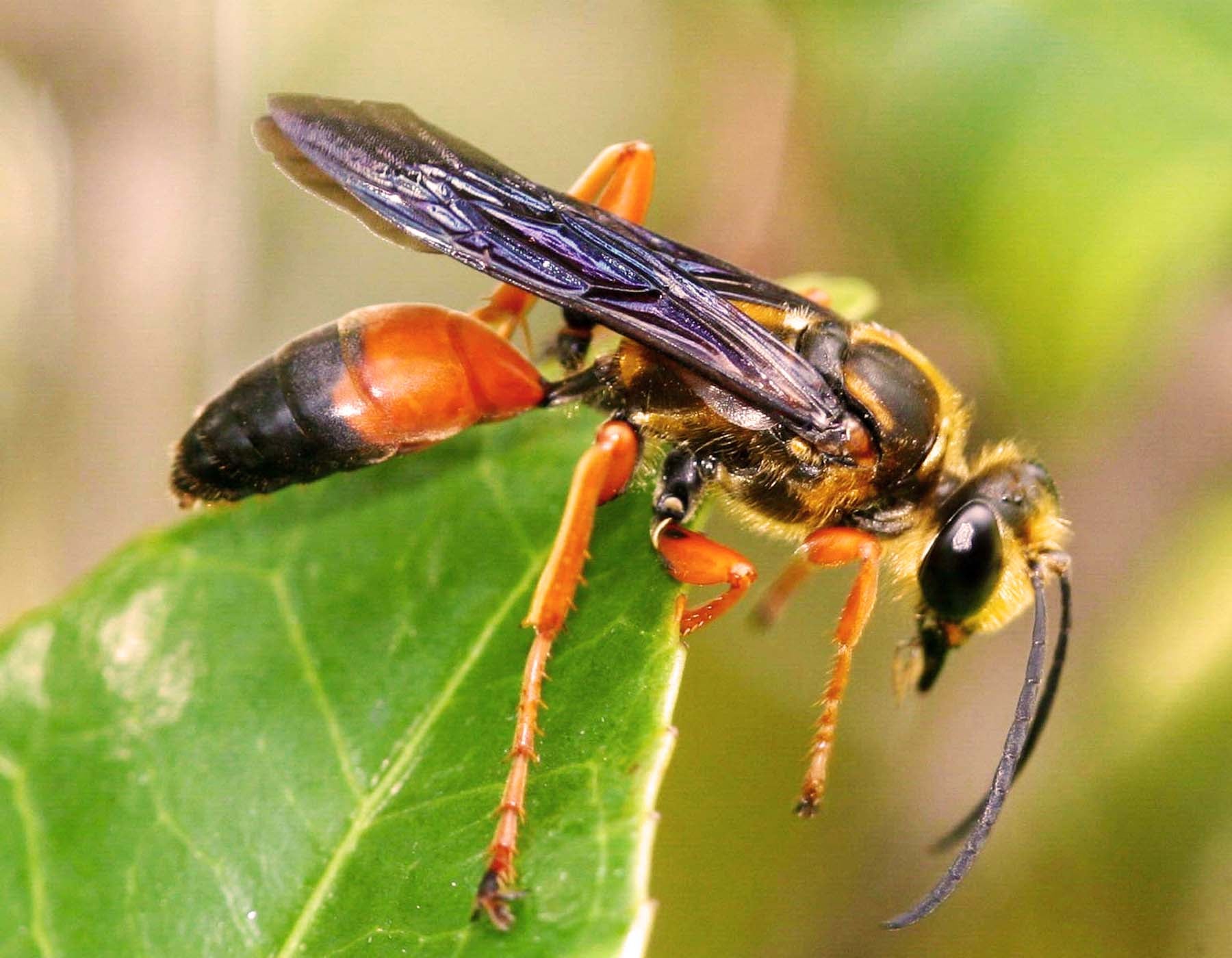 If you only learn one thing about Great Golden Digger wasps...

Know that they are non-aggressive to people and pets. Males have no stingers. And females reserve their limited venom for hunting prey to feed their young. They will not use it for defense unless you force them.

If you learn two things...

They're diligent and helpful workers in our gardens and yards. Digger wasps will pollinate your flowers, aerate your soil, improve drainage, and consume garden pests.

If you are a grasshopper, katydid or cricket...

Bad news for you. As the hunted prey of digger wasps, getting caught will not end well.

Great Golden Digger Wasps look like creatures from a sci-fi movie. And behave like them too. They paralyze their prey and move them to hidden, underground chambers. There they deposit an egg on their catch and seal the chamber. Upon hatching, the young devour the still living prey.

Great Golden Digger Wasp females are solitary creatures, hard-wired to tunnel and make more wasps. These skills are highly disciplined and mechanical. From her mandibles to her hind legs, she is an excavating marvel, digging tunnels and side chambers to house her young. She covers the entrance when heading off to hunt. She will sting her prey with a paralyzing venom and either fly it back or drag it with her antennae. She places her catch on the ground while going in to inspect the chamber. Upon return, she carries it to the prepared nursery, lays an egg on it, seals the chamber, and doesn't return.

This process is so embedded that studies have shown when the prey is moved while the wasp is in the chamber, she will return it to its original position and repeat the chamber inspection process all over again. She will redo these steps every time her prey is moved.

Great Goldens can be vulnerable to bird attacks to steal their catch. And their eggs can be parasitized by red velvet ants that find their tunnels.

With limited venom for subduing prey, female Great Goldens reserve it for hunting and providing. As such, they are completely non-aggressive to people and pets, and should be left alone to do their work.

Consider yourself lucky if you have Great Goldens and appreciate the many benefits they provide.

So, don’t panic. Support these helpful wasps that are fascinating to watch in action.

Watch a Great Golden at work in the video below.

For more on the Great Golden Digger Wasp, visit our Field Guide. 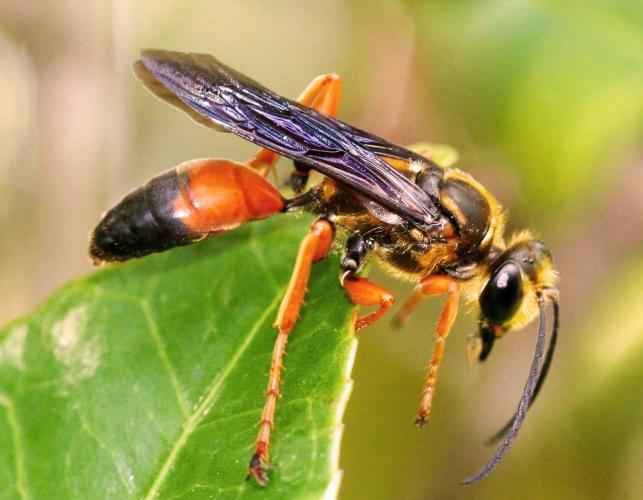 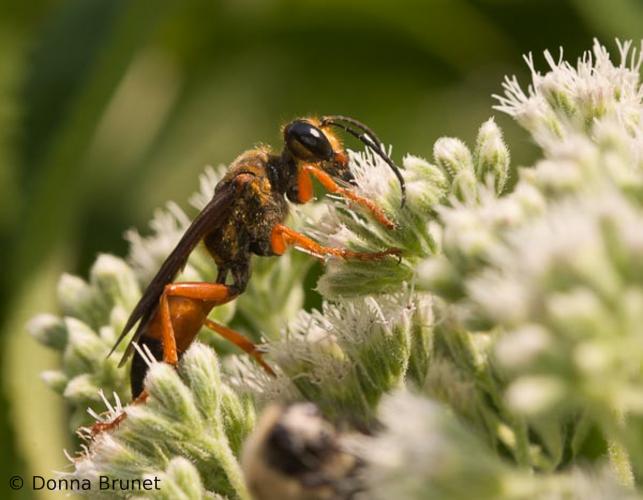 Caption
The great golden digger wasp is a nonagressive species. It is commonly seen visiting flowers for nectar and is usually found in fields and other grassy, rather open areas. Nests are dug in sandy soils.
Credit
Donna Brunet
2/2
Image