One of a bird’s many talents is its ability to build the nest in which they lay their eggs. But in the case of the Brown-Headed Cowbird, a talent that distinguishes them from their avian counterparts is one of sheer trickery.

As a parent, it’s sometimes tempting to con other parents into taking care of your kids. Believe it or not, there is a bird that does this, our Brown-Headed Cowbird.

Each and every cowbird is adopted out while still an egg to another bird species. The unsuspecting foster parent then incubates the egg and raises the baby cowbird as if it were its own.

The cowbird egg is a standard color that blends in with the foster parent’s eggs. Once cowbird chicks hatch, they grow incredibly fast, eating all the food, and causing their nest mates to starve. One theory for this adoption trick was that cowbirds couldn’t stay around long enough to raise their family while following bison herds for insects. More than 120 kinds of birds have raised cowbirds with cardinals being the most common.

In the Case of Cowbirds

Discover more in our Field Guide. 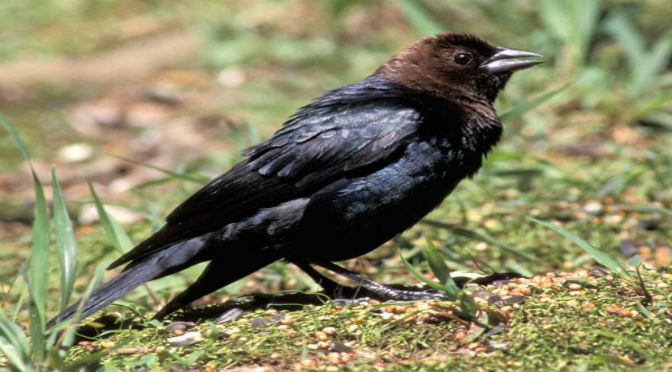