Striped bass to be stocked in Bull Shoals 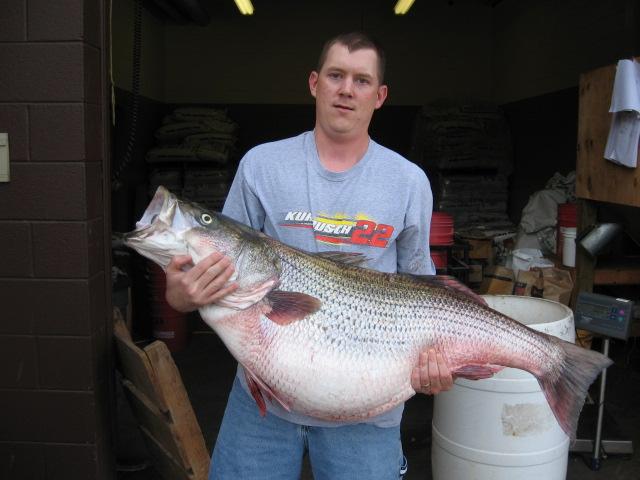 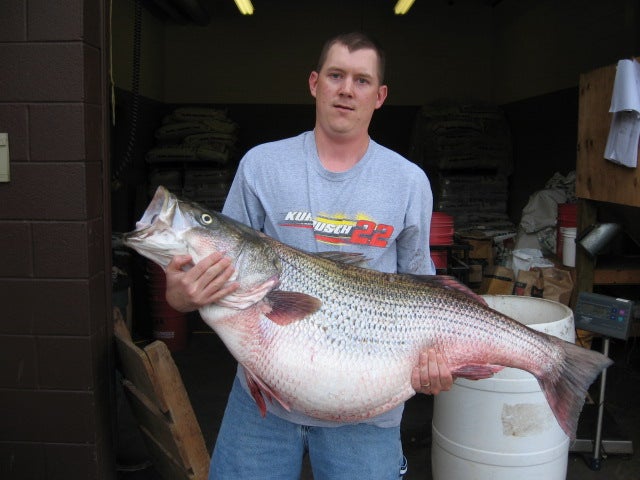 THEODOSIA, Mo. – All sportfish have their devoted followings, but few species evoke higher levels of angler excitement than striped bass.

Thanks to a cooperative effort that involved input from anglers in Missouri and Arkansas, area “striper” anglers will soon have increased opportunities to hook this popular catch at Bull Shoals Reservoir. Later this summer, Missouri Department of Conservation (MDC) staff will produce 16,000 fingerlings and stock them on the Missouri side of this popular Ozarks reservoir, which spans portions of Arkansas and Taney and Ozark counties in the Show-Me State. This will be the inaugural event of an every-other-year stocking plan that will use fish raised at MDC hatcheries.

“Anglers who enjoy fishing for striped bass can look forward to a more consistent fishery that is capable of producing a relatively high percentage of large fish,” said MDC Fisheries Management Biologist A.J. Pratt, who manages the Missouri portion of Bull Shoals. “Depending on time of year and water flow, striped bass will provide anglers a diversity of fishing scenarios.”

Thanks to an Arkansas Game and Fish Commission stocking in 1998, a limited number of striped bass are already in Bull Shoals. On the Missouri side, this one-time stocking yielded a 56-pound, 5-ounce fish in 2008, a 58-pound, 10-ounce fish in 2010 and a 60-pound nine-ounce fish in 2011. All were state records at the time they were caught. Earlier this year on the Arkansas portion of Bull Shoals, a potential world-record 68-pound striper was caught.

Biologists expect this boom in striper size to taper off over the next few years until this year’s stocked fish reach catchable size in about four years. Striper regulations on the Missouri part of Bull Shoals are a minimum length limit of 20 inches and a daily limit of three fish.

Striped bass are not native to Missouri. They are primarily an ocean fish native to the Atlantic coastal regions. They do not spawn naturally in Bull Shoals. The population will be maintained through periodic stocking. Striper populations in Missouri are also managed at Lake of the Ozarks and Norfork Lake. Because of their size and fighting qualities, striped bass are highly valued wherever they occur.

People wanting information about striped bass at Bull Shoals can contact the Department of Conservation’s Ozark Regional Office in West Plains at 417-256-7161. Fishing information can also be found at missouriconservation.org or mdc.mo.gov.