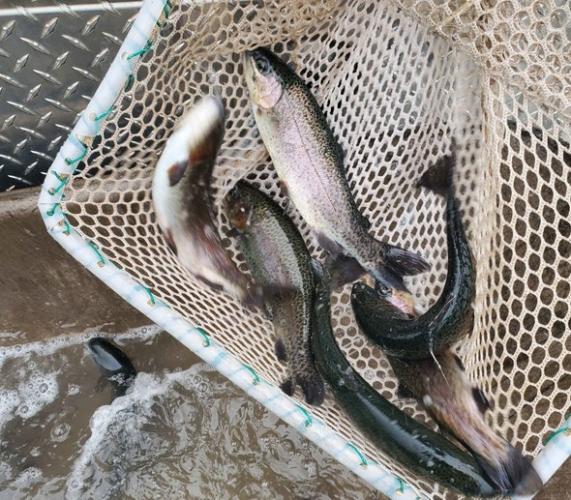 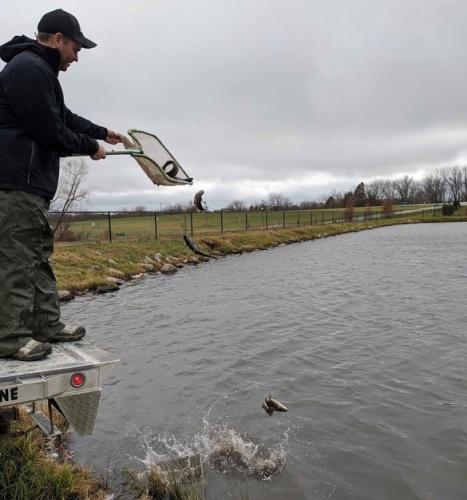 Caption
MDC stocks rainbow trout during winter in public waters in partnership with cities and counties. These trout were stocked at Jesse James Park Lake in Kearney.
Credit
MDC
2/2
Image 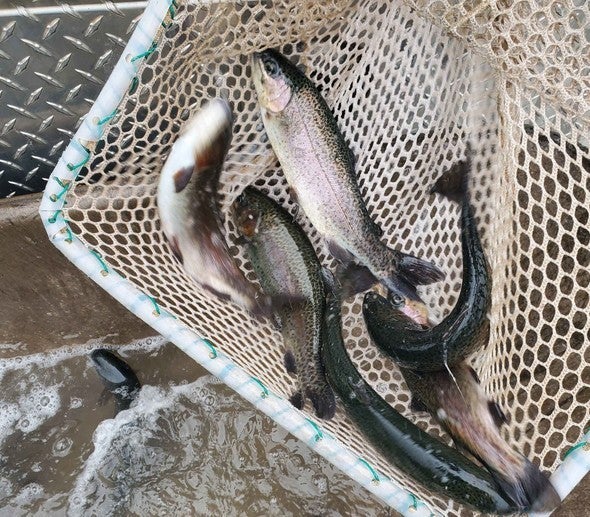 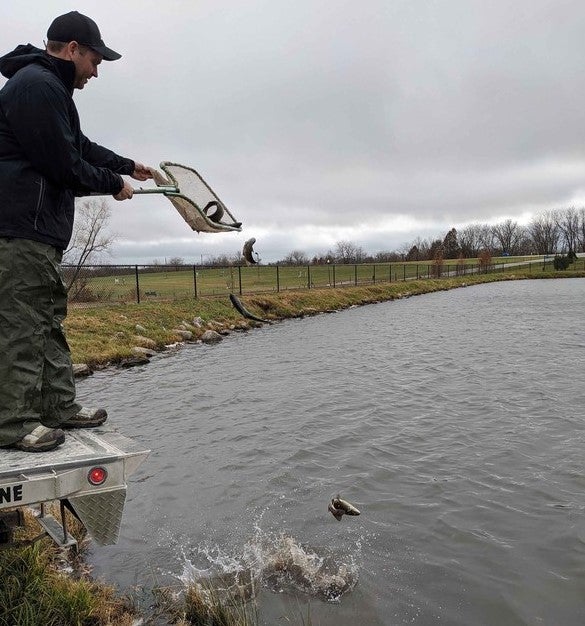 Trout raised at MDC’s Bennett Spring Fish Hatchery were stocked on Nov. 10. A few lunker trout are swimming with the pan-sized rainbows. The big trout are culled from brood stock no longer needed at the hatchery.

Those lakes were opened for fishing on Nov. 10.

Rainbow trout were also stocked at Coot and Plover lakes at the James A. Reed Memorial Wildlife Area at Lee's Summit. However, the Reed Area is currently closed to fishing due to a managed deer hunt in progress. The area will reopen for fishing on Friday, Nov. 13.

Trout are not a native Missouri fish. But they have been introduced to the cold, spring-fed, streams of southern Missouri. However, when winter drops water temperature cold enough to support trout, MDC stocks them in selected urban lakes and ponds. MDC makes those stockings in partnership with cities and counties to provide anglers additional fishing opportunities.

Anglers use spinning, spincasting, and flyfishing gear to catch trout. Flies, jigs, spinners, and scented baits are the most popular lures.

Trout were also stocked at Honker Pond at the James A. Reed Memorial Wildlife Area. But that pond is for fishing by youths only and will also open for fishing on Friday, Nov. 13. Youths must be 15 or under to fish at Honker Pond. They may keep trout up to a limit of four if they have a Missouri trout permit.

Some of the lakes will be stocked again in later winter months. However, a change this year is that there will not be a stocking during January.

The most up-to-date information on MDC’s winter trout stockings in the KC Metro Area is available by calling the trout hotline at 816-525-0300, press 2 at the recorded prompt.