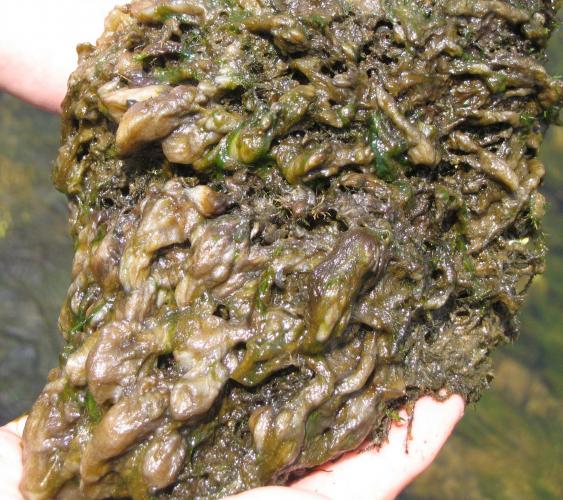 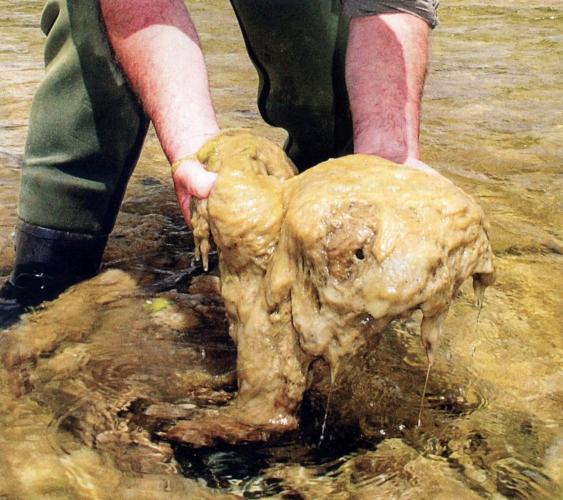 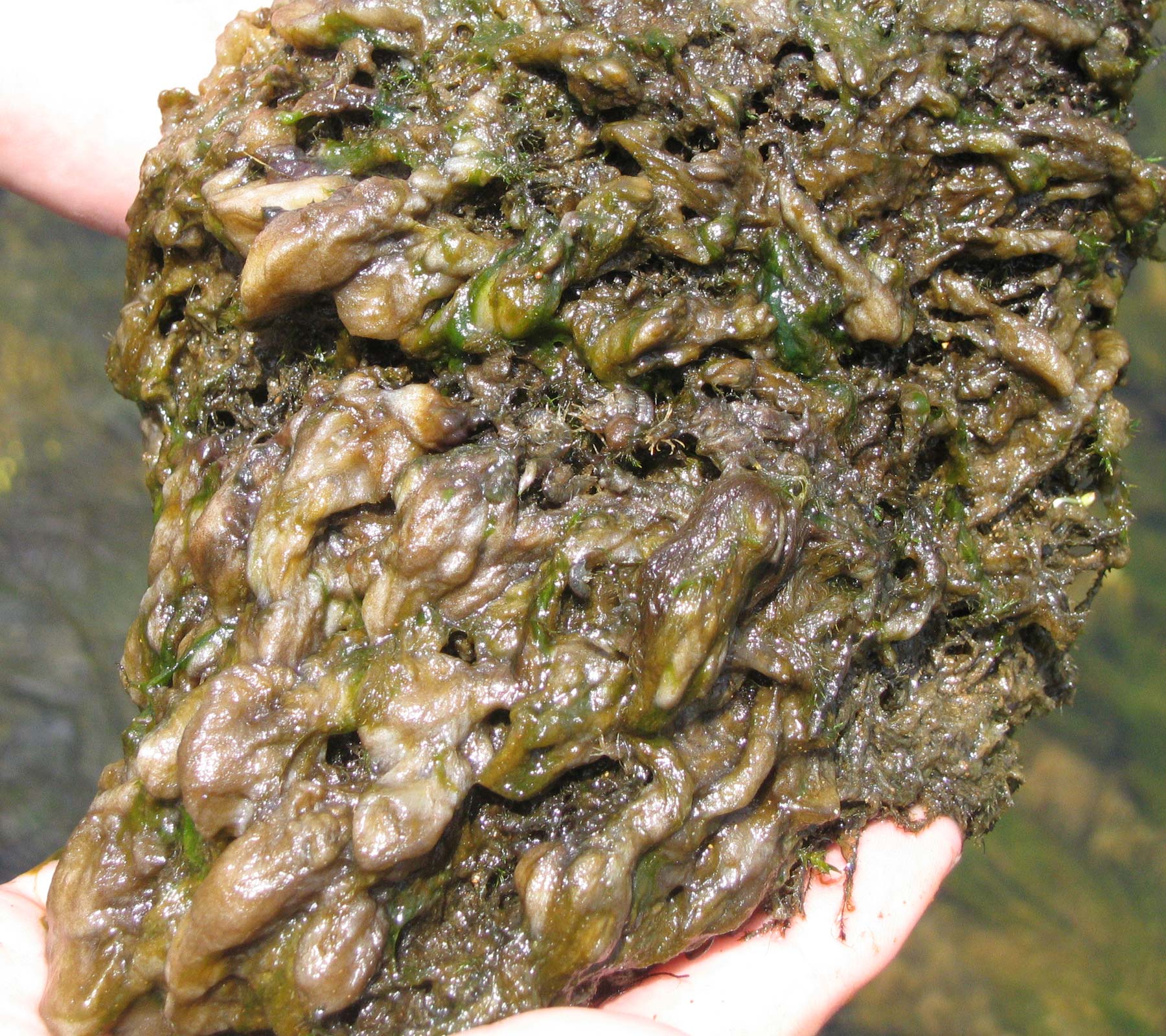 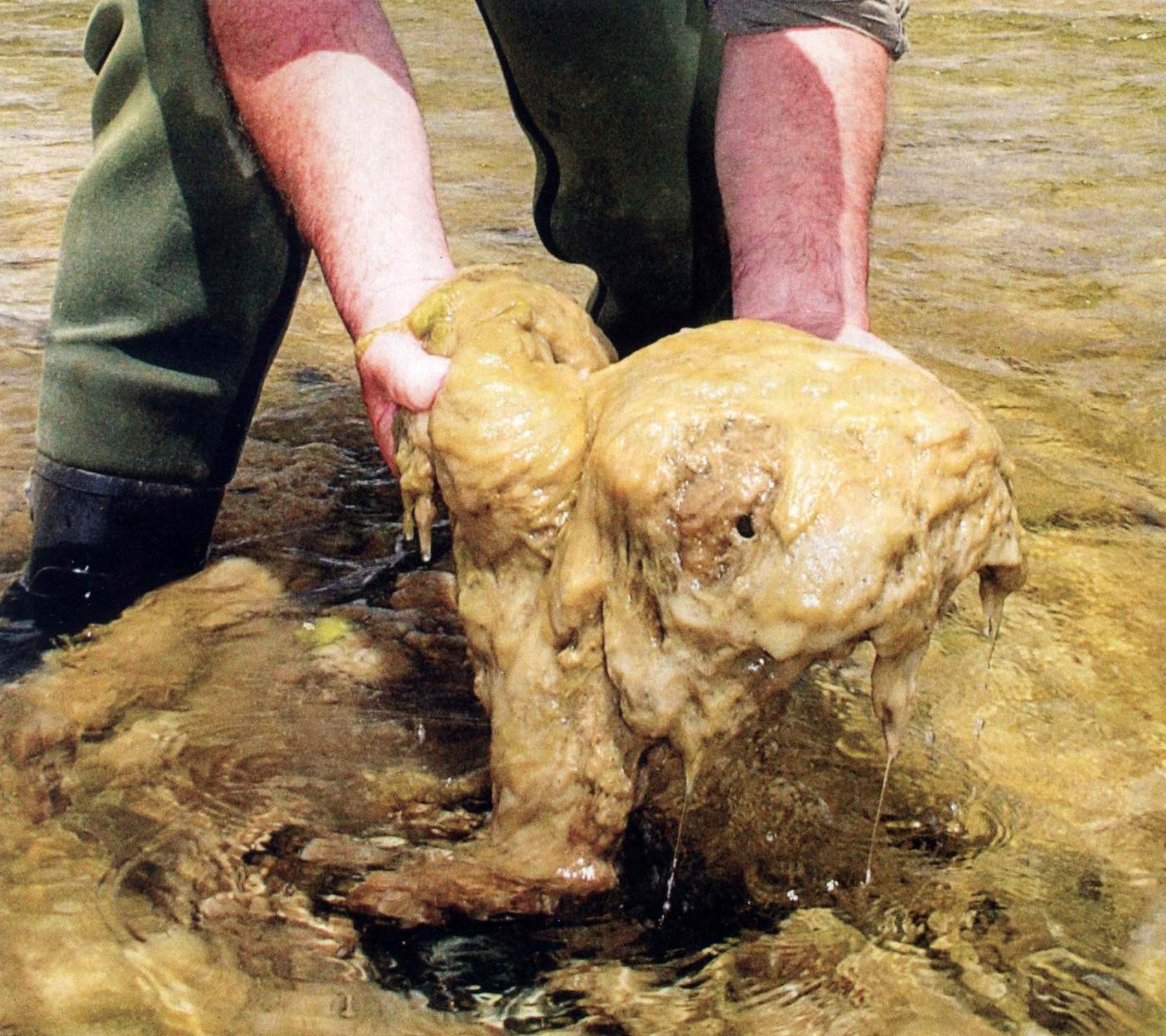 JEFFERSON CITY Mo – With catch-and-keep trout season opening March 1, the Missouri Department of Conservation (MDC) reminds trout anglers to help prevent the spread of a new threat to Missouri’s cold-water streams and rivers. Called “didymo” (Didymosphenia geminata) or “rock snot,” this invasive alga forms large, thick mats on the bottoms of cold-water streams and rivers, reducing the quality and quantity of food vital to fish such as trout. Didymo also clogs water intakes and boat motors. It interferes with fishing gear and eventually makes fishing nearly impossible, with devastating economic and environmental consequences. While it has not been found in Missouri, rock snot has been found just south of the Missouri-Arkansas border in the White River.

According to MDC Fisheries Biologist Mark VanPatten, recreational equipment such as boats, lifejackets and fishing gear, particularly porous-soled waders, are the most likely ways for didymo to spread into Missouri.

“Porous-soled waders and wading boots, worn by many trout anglers, appear to be a likely pathway for the spread of didymo,” VanPatten explains. “The soles hold moisture for days and can harbor cells of this alga. Individual cells cannot be seen with the naked eye and only a single cell is needed to establish a stream-killing colony. Anglers who visit waters with didymo can, unknowingly, transfer these cells to the next stream they visit.”

The Missouri Conservation Commission approved a regulation change in August 2011 that bans the use of porous-soled waders or footwear incorporating or having attached a porous sole of felted, matted, or woven fibrous material when fishing in trout parks and other specific trout waters. The new regulation will go into effect March 1.

“Conservation makes Missouri a great place to fish so preventing the spread of this invasive species into Missouri is critical,” VanPatten warns. “There is no way to control or eradicate didymo once it gets established in the state.”

Didymo is kept in check naturally in other parts of the country and world by lower pH, or acidity, levels in the water. Missouri’s wealth of limestone creates higher pH levels in Show-Me waters. These higher pH levels can allow didymo to spread unchecked.

To help reduce the spread of didymo, MDC encourages anglers to remember: Check, then Clean or Dry.

All anglers are encouraged to replace their porous-soled waders with ones that have non-porous rubber or synthetic soles.

Anglers can adapt felt-soled and other porous-soled waders to comply with the new regulation by sealing the soles with solutions of contact cement or marine rubber cement. VanPatten notes the cement may need to be reapplied after each use.

“Adapting waders is not a cure,” VanPatten cautions. “It is just one step in prevention. It is still vital to check and clean or dry all waders and all other gear that have had contact with the water.”