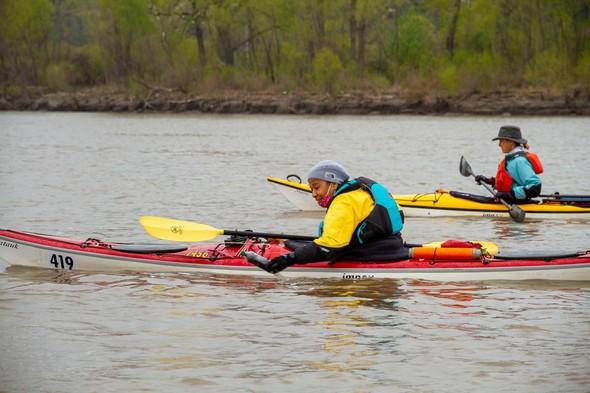 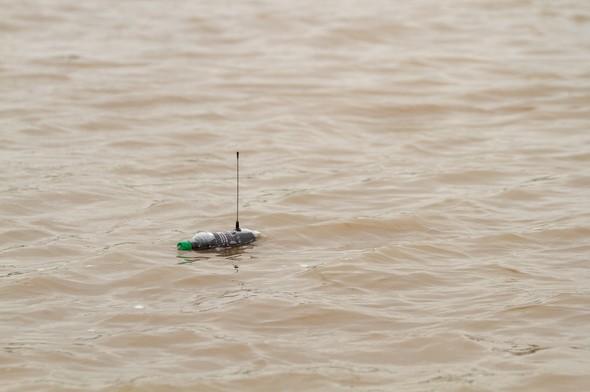 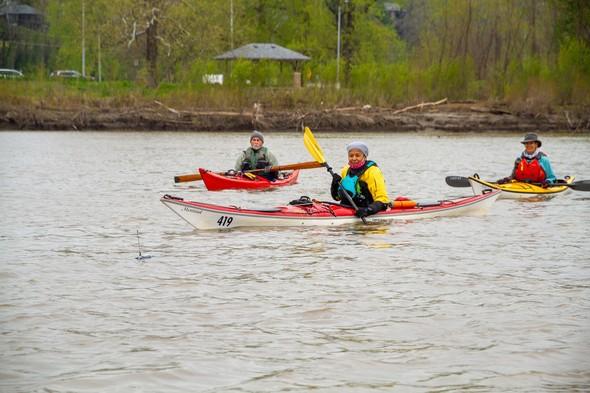 Caption
Three kayakers watch as the high-tech message in a bottle begins its journey. The bottle will help shed light on the path of plastic trash through the river system.
Credit
MDC
3/3
Image 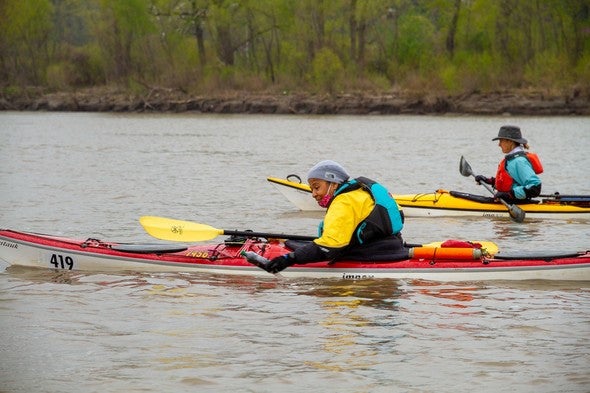 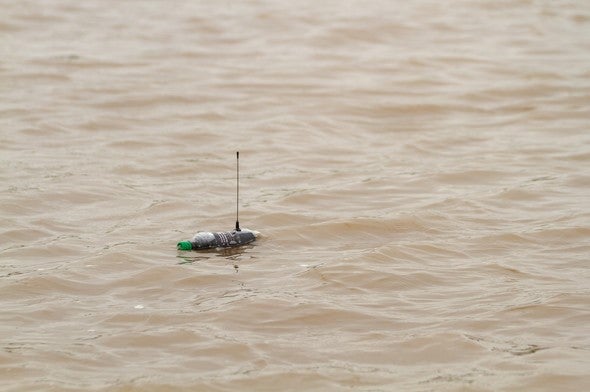 Is user submitted
Caption
The GPS tagged bottle, nicknamed Rogue One, can be tracked online at Debristracker.org/Mississippi.
Credit
MDC
Image 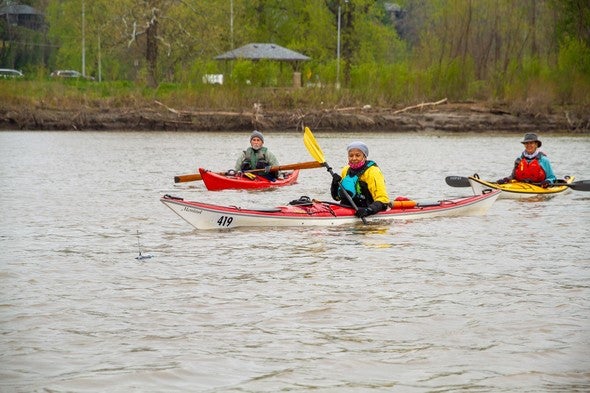 Is user submitted
Caption
Three kayakers watch as the high-tech message in a bottle begins its journey. The bottle will help shed light on the path of plastic trash through the river system.
Credit
MDC
News from the region
St. Louis
By
Dan Zarlenga
Published Date
04/30/2021
Body

ST. LOUIS, Mo. — A small group of kayakers paddle out into the waters of North America’s largest river on a cloudy Saturday morning.  One of them sets a small plastic bottle adrift on the choppy surface.  With a mysterious antenna protruding from the bottle’s side, the current carries the miniature vessel away to a fate unknown.  It’s a high-tech twist on the classic message in a bottle.  Except this message can shed valuable information on how plastic pollution affects our waterways.

The Missouri Department of Conservation (MDC) St. Louis Region Stream Teams are helping in a big way with a unique initiative to bring greater awareness of the impact plastic trash has on our watersheds, and ultimately, our oceans.

Data collection is the first phase of the initiative to find out how much trash, and what kinds, are making it into the Mississippi–along with how exactly it travels through our waterways.

The Mississippi River drains water from about 40% of the continental U.S.  Up to three million tons of plastic refuse enter the ocean every year and 80% is land based. “Plastic can make it from the ground through a storm drain, through tributaries, out to the Mississippi, then to the gulf and out to the ocean,” said MDC St. Louis Regional Stream Team Assistant Brian Waldrop.

One innovative part of the data collection effort is kicking off by launching a series of specially designed plastic bottles into the river at each one of the three pilot cities.  The messages in these bottles are GPS-tagged radio transmitters.  They will enable researchers, and the public, to track the progress of the bottles through the river system.  Their paths will offer valuable insight into how plastics travel in the Mississippi.

“It’s an experiment,” said Jennifer Wendt, Plastic Waste Reduction Campaign Manager for the MRCTI.  “I’ve been doing environmental protection work for 30 years, and this initiative is so far my favorite.  Plastic bottles are one of the top three materials found so far in our data collection.”

The first bottle launched from St. Louis, named Rogue One, was set adrift from North Riverfront Park April 17 during a kickoff and cleanup event organized by the Greenway Network.  Waldrop and MDC Stream Team members were on hand to assist in the effort.

Another significant aspect of the data collection is the Marine Debris Tracker, a free downloadable mobile app for Android and iOS. It was developed by the University of Georgia and funded by the National Oceanic and Atmospheric Administration (NOAA).  The app allows users to document trash they find and enter it into a database accessible by scientists and the public.  The app was conceived by Jenna Jambeck, Professor of Environmental Engineering at the University of Georgia, and a National Geographic Fellow.

“It’s basically for anyone in the world to report when they see litter,” Jambeck explained.  “This open source data becomes available for everyone, to empower people in making decisions and exploring what’s happening in their communities.”

With the help of Missouri Stream Teams, the app has gotten an extra boost in St. Louis.  “Many stream teamers have jumped on this app and begun tracking trash across the region,” said Waldrop.  “I don’t think this initiative would be as successful in the St. Louis area if it weren’t for Stream Teams.  Looking at the sampling maps show how much influence they’ve had on this initiative.”

“I’m blown away by the success,” said Jambeck, adding that the app is now garnering thousands of entries and data points each day from a wide range of users.

The ultimate purpose of the data from the GPS-tagged bottles and the Marine Debris Tracker App is to learn more about the dynamics of plastic trash movement and help prevent it from making its way into the water in the first place.

“We’ll see what types of materials we’re finding and then be able to determine how and where they’re getting to the river.  Then we can come up with actions and start moving forward to make improvements,” Wendt said.

Follow the progress of Rogue One and the other GPS-tagged bottles at Debristracker.org/Mississippi.  To help contribute data in your area, download the Marine Debris Tracker App for Android at the Google Play Store, or for iOS at the Apple App Store.

What will this message in a bottle tell us about the pathways plastics take in the Mississippi River system?  Where will it end up?  How might that knowledge lead to improvements in the future?  Like every good message-in-a-bottle story, much remains to be revealed through the journey.