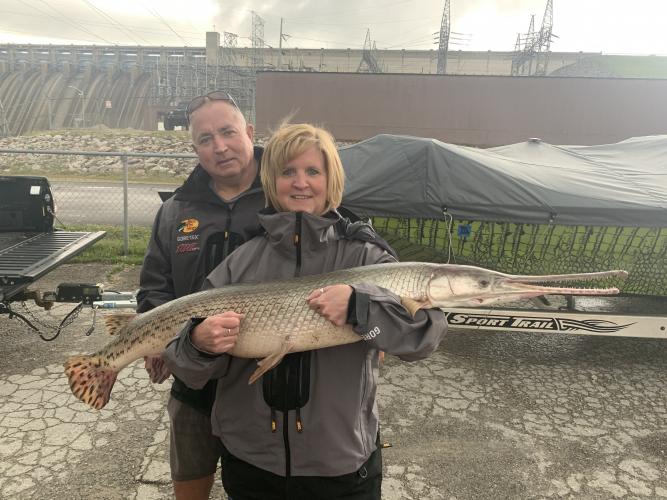 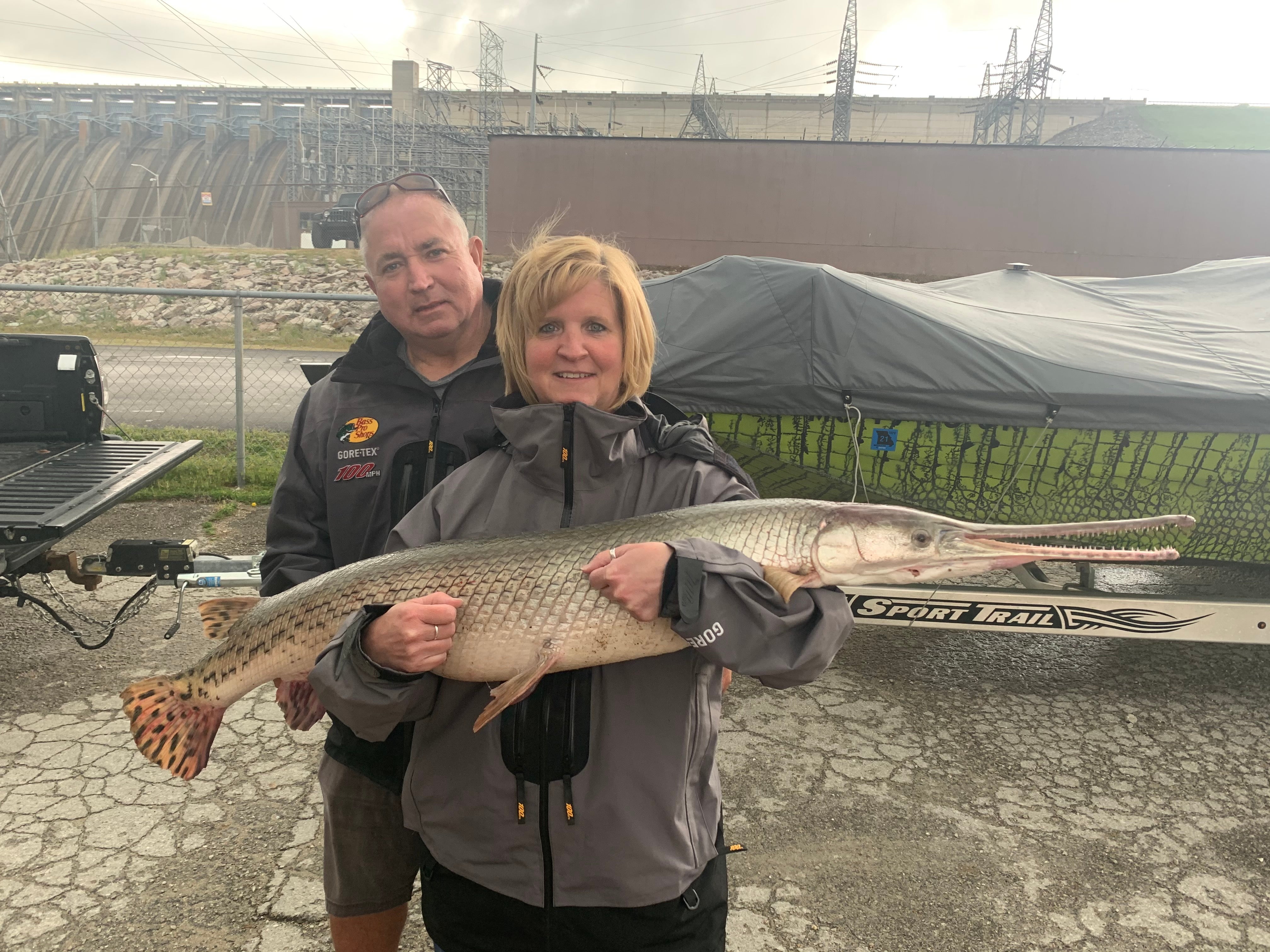 JEFFERSON CITY, Mo. – The Missouri Department of Conservation (MDC) confirms Anthony Schnur, Jr. of Pevely is the latest state-record holder after catching a 32-pound, 10-ounce longnose gar from Table Rock Lake. Schnur was fishing April 7 when he reeled in the fish using the pole-and-line method. His current record breaks the previous record of 27-pounds set in 1999.

Schnur said this catch is significant for him after the sudden passing of a dear friend.

“I had a good buddy of 30 years who passed away,” said Schnur. “The funny thing is his wife called me that morning with the news. And she asked me to do her a favor and catch a fish in his name. My girlfriend and I went out to his favorite spot originally for crappie fishing when she happened to spot the gar. And sure enough, we caught it and it turned out to be a record. It’s absolutely unreal.”

Longnose gar is the most widely-distributed gar in Missouri, likely occurring in every major stream in the state. It is the most abundant gar found in clear, high-gradient Ozark streams and is prominent in the large Ozark reservoirs.

MDC staff verified Schnur’s fish on a certified scale at Shepherd of the Hills Fish Hatchery in Branson. This makes the fourth state record fish caught in 2021.

“I really hope to mount this fish in my friend’s memory,” Schnur said. “I think it would be a beautiful way to honor him.”

To find a place to fish near you or to buy fishing permits, download MDC’s Mo Fishing app, available on the App Store for Apple devices or Google Play for Android devices.