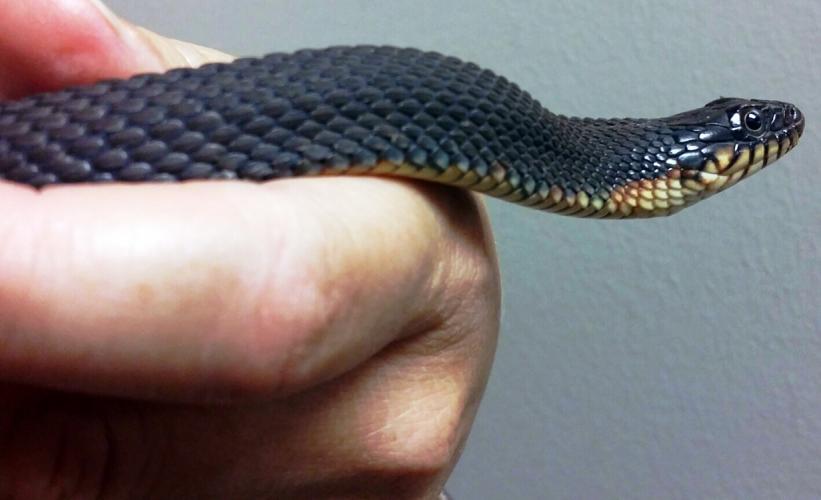 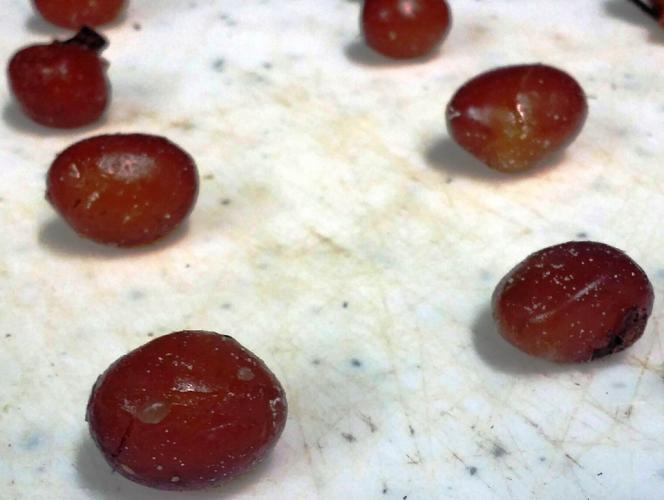 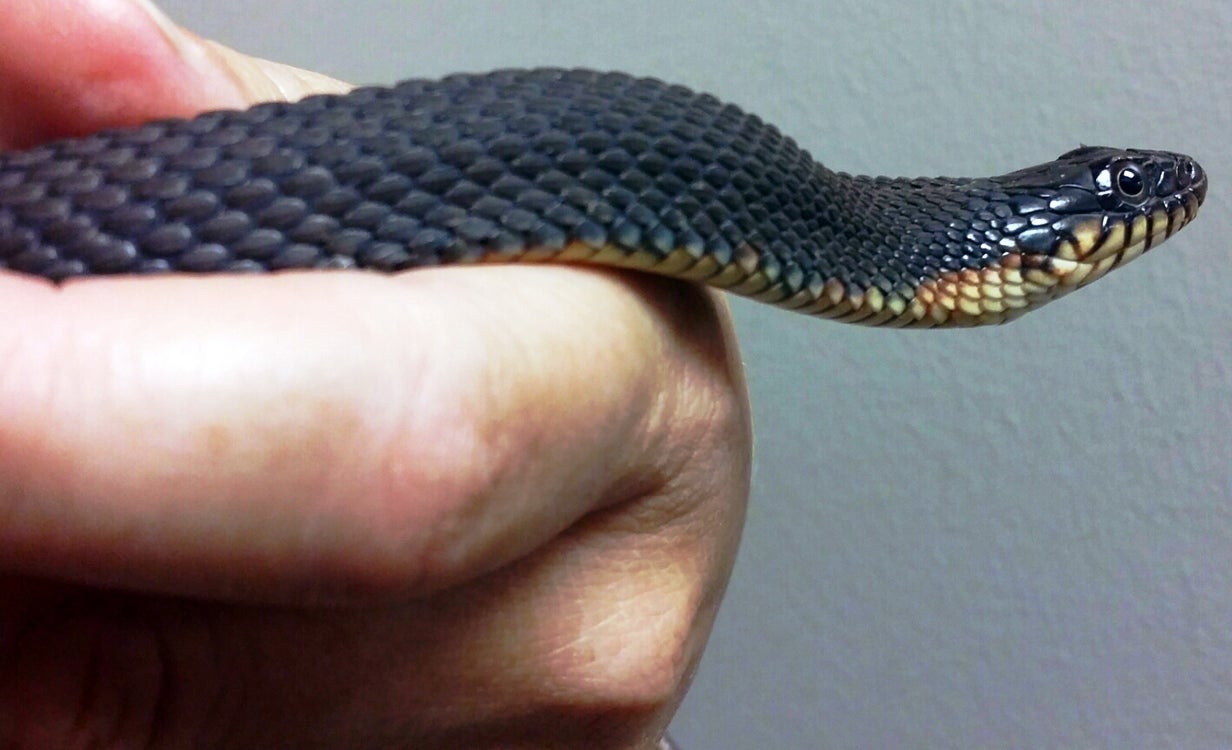 Is user submitted
Credit
Candice Davis
Right to Use
Image 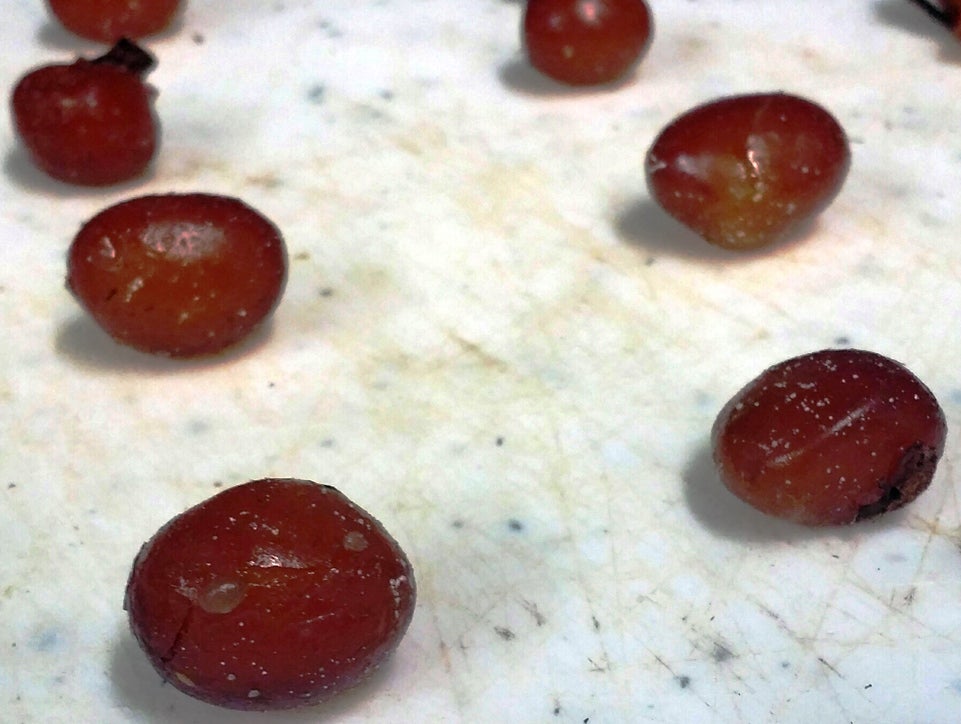 CAPE GIRARDEAU, Mo. – The Missouri Department of Conservation's (MDC) Cape Girardeau Conservation Nature Center reports a resident female yellow-bellied watersnake at the Center is likely reproducing without contribution from a male. Intern Kyle Morton, who cares for the snakes at the Center, didn't know what he was looking at when he went to clean the snake's cage one morning.

"I thought, 'what joker put tomatoes in here for the snake'," Morton said.

It wasn't tomatoes, though! As Morton examined the round, soft, egg-like structures, he realized they were freshly laid membranes from the female snake.

"She had acted normal, other than not eating for several weeks," Morton said. "So it definitely took me by surprise."

Morton reported his find to one of the naturalists at the center, who verified what it was. The snake did the same thing last summer, giving birth to two now healthy year-old watersnakes.

Naturalist Jordi Brostoski found the membranes last summer, when it first happened.
"At first I thought the snake had regurgitated something until I looked at it closer," Brostoski said. "That's when I realized what had happened and then the hatchling snakes surprised me by slithering under the bedding in the cage."

According to MDC Herpetologist Jeff Briggler, although it's not heard of often, virgin births can be common in some species, through a process called parthenogenesis.
Parthenogenesis is a type of asexual reproduction in which offspring develop from unfertilized eggs. It occurs in many insect orders, most commonly with bees, wasps, and stick insects and is also found in some species of fish, amphibians, birds, and reptiles, but not in mammals.

"There are many types of parthenogenesis," Briggler said. "In layman's terms, parthenogenesis is a mode of asexual reproduction in which the offspring (babies) are produced by females without genetic contribution of a male."

Briggler said parthenogenesis seems to occur in both captive and wild situations and it doesn't seem to impact the health of the female snake. Additionally, this species of snake has not been documented as reproducitng via parthenogenesis.

"For many years, it was believed that such birth in captivity was due to sperm storage," Briggler explained. "However, genetics is proving a different story."

This snake has been a resident at the nature center for nearly eight years, which is likely too long of a time for this to be a result of sperm storage.

As more genetic work is conducted, Briggler believes it may turn out that parthenogenesis is more widespread than scientists have thought in the past.

One interesting result of the process is that in the majority of the species that participate in parthenogenesis, the offspring produced are all male, Briggler said.

"There is always a high proportion of infertile eggs due to chromosome combination, but a few can be successful and hatch if the mother has a dissimilar sex chromosome (ZW) compared to the male with copies of the ZZ chromosome," he said.

In this case, the female ZW chromosome will produce egg cell with ZZ and WW via meiosis. The ZZ combination can form a male embryo cell that can begin to divide and produce a snake. The WW chromosome is not viable.

The yellow-bellied watersnake's offspring didn't survive this year, possibly due to the combination of chromosomes. However, last year's two young ones are thriving and serving as educational reptiles for the Cape Nature Center.