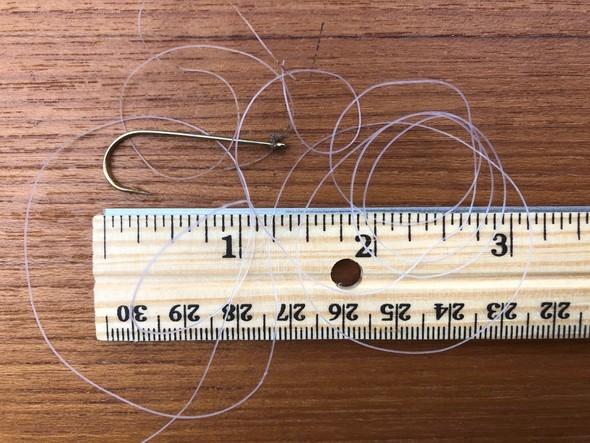 Caption
A kayak paddler's pet dog swallowed a dead fish and this hook and line. MDC urges anglers to properly tend and remove set lines for catfish, and dispose of waste monofilament line used on rods and reels properly. Lines left as trash are a hazard to wildlife and people.
Right to Use
1/1
Image 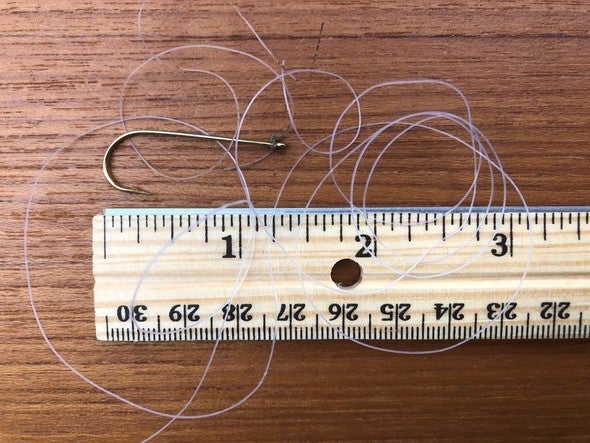 Is user submitted
Caption
A kayak paddler's pet dog swallowed a dead fish and this hook and line. MDC urges anglers to properly tend and remove set lines for catfish, and dispose of waste monofilament line used on rods and reels properly. Lines left as trash are a hazard to wildlife and people.
Right to Use
News from the region
Kansas City
By
Bill Graham
Published Date
06/23/2020
Body

Kansas City, Mo. – Hazards for wildlife and people from lost or discarded fishing lines and hooks, and old and inactive trot lines or set lines, are not prevalent on the state’s rivers and lakes. But problems do occur sometimes, and the Missouri Department of Conservation (MDC) urges anglers to recover lines and properly dispose of what is no longer useful.

For example, a kayak paddler was recently exploring a small island at Smithville Lake with her two small dogs. One of the dogs ate a dead fish it found on shore, and it also swallowed a hook and partially swallowed a long section of heavy monofilament line. The veterinarian who performed surgery to remove them said the hook was dangerous in the animal’s stomach. But the ingested fishing line also posed serious dangers to the digestive system. Wildlife faces the same hazard.

This was a rare and unusual case. But it shows what hazards are possible, and agents say it likely occurs with wildlife. The heavy line and 1½-inch hook the dog ingested likely came from a fish that broke the line for a pole and line angler, or it came from a floating or anchored jug line.

Jug lines are a popular and safe fishing method for catfish. But sometimes an anchored jug line does not have enough weight on the anchor and a fish is able to tow it away, said Cpl. Zeb Jordan, an MDC agent in St. Clair County who patrols Truman Lake.

“When people don’t put enough weight on an anchored jug line, fish pull it to deep water and the jug drops out of sight, or they pull it under a log,” Jordan said.

That leads to wasted fish and water hazards.

Trot lines, such as those tied from tree to tree with hooks tied on the line in between, can be another hazard if not tended properly. They are to be run by anglers every 24 hours, and the Missouri Wildlife Code requires them to be removed when the fishing is completed. Sometimes trot lines or bank lines are set during a highwater event. When they are not properly removed, the lines become a hazard for boaters and wildlife when the water goes down. It is also not legal to clip the hooks off an untended line with the intent of returning later to tie on new hooks and rebait the line.

“We’ve had tangled up dead birds hanging 10 or 15 feet up in the air on an old line after the lake went down,” Jordan said.

Rod and reel anglers commonly need to remove tangles or change line. They should dispose it in a trash sack, not on the ground or in the water. Anglers picking up and disposing old line or hooks they encounter on shore is helpful, too. Otherwise, shore birds and mammals could become entangled.

“If I see something like that, I pick it up,” said Cpl. Derek Cole, MDC agent in Jackson County. “Most of the people out there fishing, if they see it, they will pick it up.”

Volunteers with Missouri Stream Teams have installed PVC pipe bins for recycling monofilament line at some popular fishing spots or boat ramps. Anglers can place discarded line in the bins. The line will be sent to a recycling program.