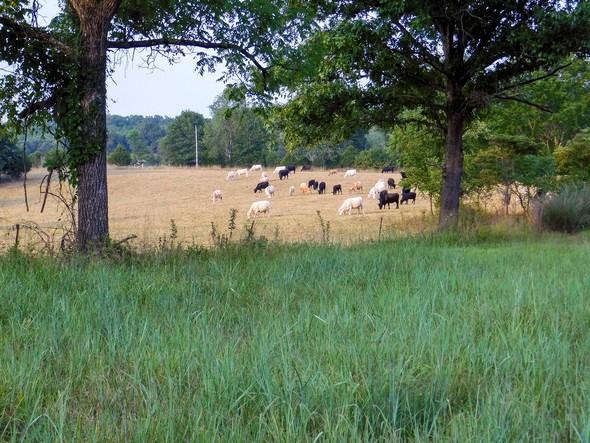 Caption
This picture, taken in 2018 in Howell County, demonstrates benefits warm-season grasses can provide during dry times. The cattle in the background are grazing in a pasture that is predominantly non-native cool-season grass. The lush, green grass in the foreground is a field of native warm-season switchgrass.
Credit
Missouri Department of Conservation photo
Right to Use
1/1
Image 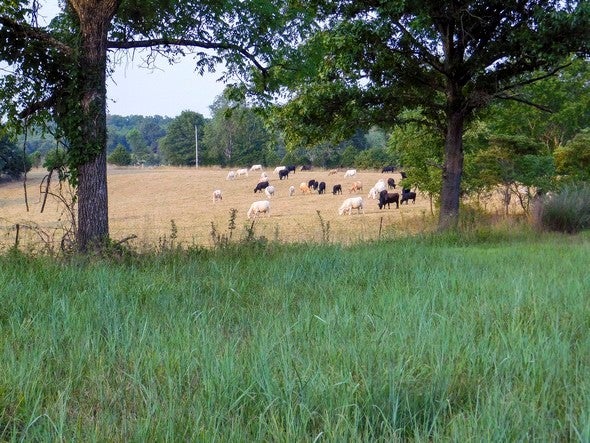 Is user submitted
Caption
This picture, taken in 2018 in Howell County, demonstrates benefits warm-season grasses can provide during dry times. The cattle in the background are grazing in a pasture that is predominantly non-native cool-season grass. The lush, green grass in the foreground is a field of native warm-season switchgrass.
Credit
Missouri Department of Conservation photo
Right to Use
News from the region
Southwest
By
Francis Skalicky
Published Date
08/05/2022
Body

SPRINGFIELD, Mo. – With proper management, the same native grasses that provide good habitat for wildlife can also furnish high quality forage for livestock – even in times of drought.

The hot, dry weather that has plagued much of southwest Missouri this summer has many livestock producers looking at pastures that are more brown than green. Recent rains have brought some relief, but the overall outlook is still very dry. This summer’s dry weather has raised financial concerns among many cattle producers who were counting on their dry pastures to provide forage for their livestock. It also has provided a reminder of the grazing benefits that can be realized by incorporating native warm-season grasses into grazing strategies.

When Missouri was settled in the 1800s, native warm-season grasses could be found in many areas of the state. In addition to serving as habitat for a variety of wildlife species, these native grasses soon acquired an additional importance as livestock forage. Early livestock owners quickly realized these “prairie grasses” were good for haying or grazing. However, over time these warm-season grasses were gradually nudged out by fescue and other non-native cool-season grasses. This transition not only eliminated plants that were needed by local wildlife, it also got rid of a good summer grazing source for livestock.

The reason is that this merger combines grasses that have two different growing periods. Warm- and cool-season grasses are most nutritious while they are vigorously growing. Cool-season grasses are thus named because they grow most during the spring and fall. Meanwhile, native grasses such as big bluestem, little bluestem, Indian grass and switch grass are known as “warm-season” grasses because their peak growth periods are in late spring and summer. By utilizing both types of grasses during their periods of prime quality, livestock owners can keep their herds feeding on high-nutrition forage for the entire grazing season.

There are benefits for wildlife, too. Warm-season grasses begin growth later in the year and are not ready to be grazed or hayed until late summer. By then, most of the ground-nesting wildlife that need these plants for habitat have hatched or given birth to their young.

Landowners seeking information about incorporating warm-season native grasses into their grazing systems can contact their local MDC office, the nearest NRCS office, or a University of Missouri Extension office. More information about the grazing benefits of native warm-season grasses can also be found at mdc.mo.gov.