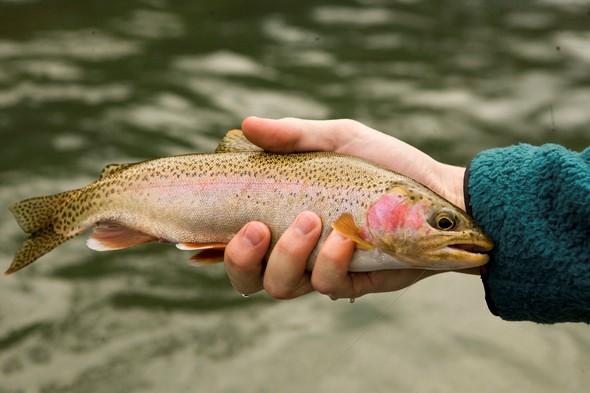 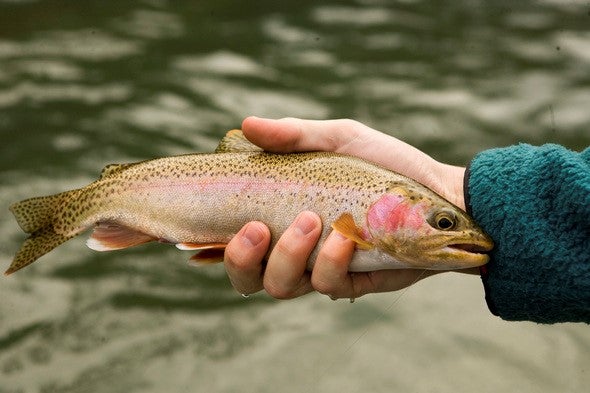 MDC’s winter trout fishing program provides anglers an opportunity to catch a popular fish close to home. Trout are not native to Missouri. But they have been stocked in cold-water rivers and lakes in the southern portions of the state. In winter, they can also survive in urban lakes and ponds farther north.

The trout were raised at MDC Bennett Spring Fish Hatchery and brought by truck to area lakes. Coot and Plover lakes at MDC’s James A. Reed Memorial Wildlife Area received 1,000 trout each. Chaumiere Lake in Kansas City’s park in the Northland received 875 trout. At Liberty, ponds 3 and 4 at Fountain Bluff park each received 500 trout. Biologists released 500 trout in the lake at Kearney’s Jesse James Park. Johnston Lake in Raymore got 809 trout.

MDC’s winter trout fishing at these lakes began with a stocking in November. Some of the sites will be stocked again in March. Currently, anglers may need to wait for a weather warmup to clear ice from lakes at some stocking sites.

Anglers fishing for winter trout generally use spinning, spincasting, or flyfishing gear. Small spinners and jigs are often used with spinning gear. A variety of flies work when using a flyrod.

The most up-to-date information on MDC’s winter trout stockings in the KC Metro Area is available by calling 816-525-0300 and listen for the cue for the trout hotline.