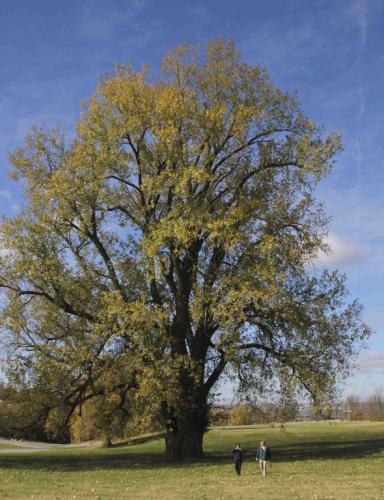 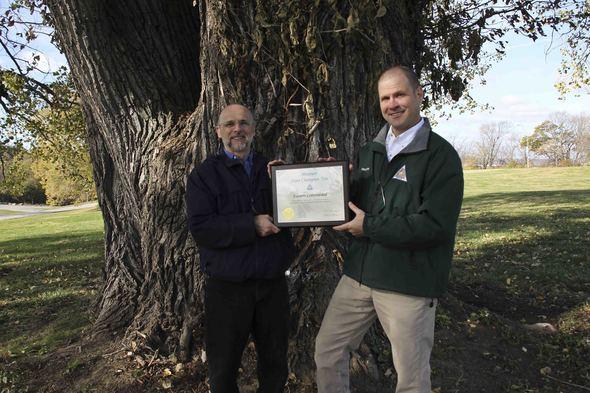 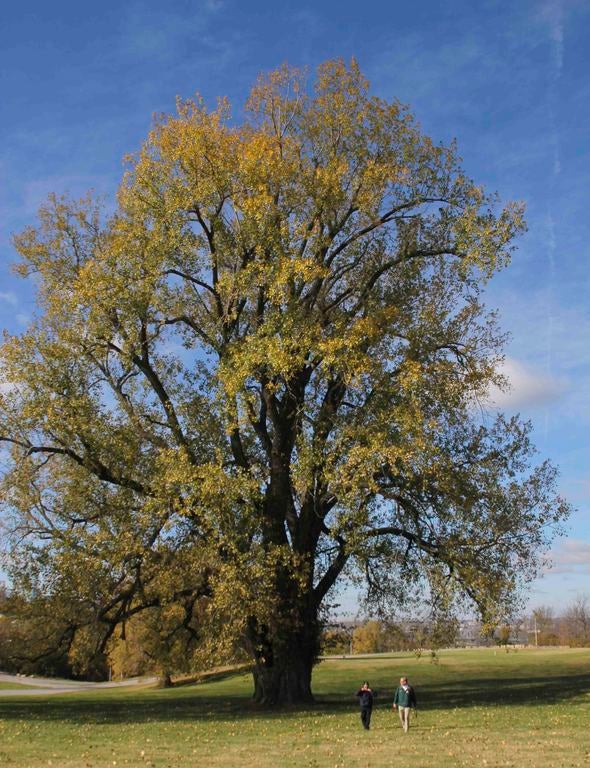 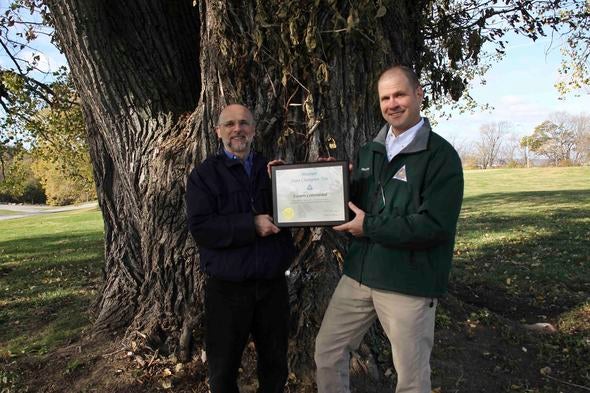 Kansas City, Mo. – A stately tree in Kansas City's historic Kessler Park now holds the honor of being Missouri's largest eastern cottonwood tree, and under the formula used by the Missouri Department of Conservation (MDC) for measuring record trees, it's the state's largest known living tree of any kind.

Kansas City's latest champion rises from a swale on a bluff near Lookout Point overlooking the Missouri River. The tree is on the Cliff Drive/Kessler Park Disc Golf Course, just west of the old hilltop reservoir.

"It's an honor for us," said Kevin Lapointe, city forester for Kansas City. "We're glad it's in the park system where everybody can come up and enjoy it."

The tree has a 344-inch circumference and is more than nine feet wide through the middle of the trunk. It is 125-feet tall with a crown spread of 120 feet. The cottonwood scored 499 points under the formula utilizing measurements that MDC uses to score state champion trees. Conner said the towering cottonwood is likely more than 70 years old.

Cottonwoods are a very fast growing tree and can attain large sizes in decades. The new state champion is growing without competition from other trees, other than another large cottonwood growing some distance away. The location in the swale helps with moisture and its roots are likely in good soil, Conner said. But, the tree has also been a hardy survivor of ice storms and wind. Lower branches are large and wide spreading.

More information about Missouri State Champion Trees is available at on.mo.gov/1vW16tv. Learn about healthy trees and their role in conservation at www.mdc.mo.gov.