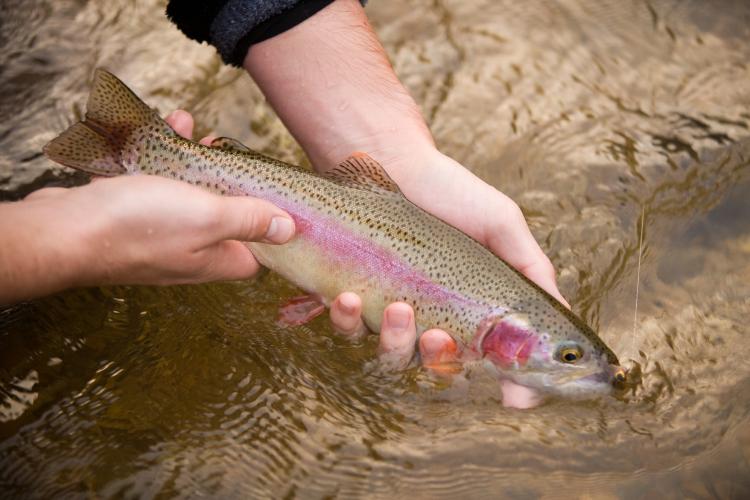 Caption
MDC encourages anglers to add some color to their catches by getting hooked on rainbow trout at one of Missouri's four trout parks. Catch-and-keep trout season runs through Oct. 31 at the trout parks.
1/1
Image 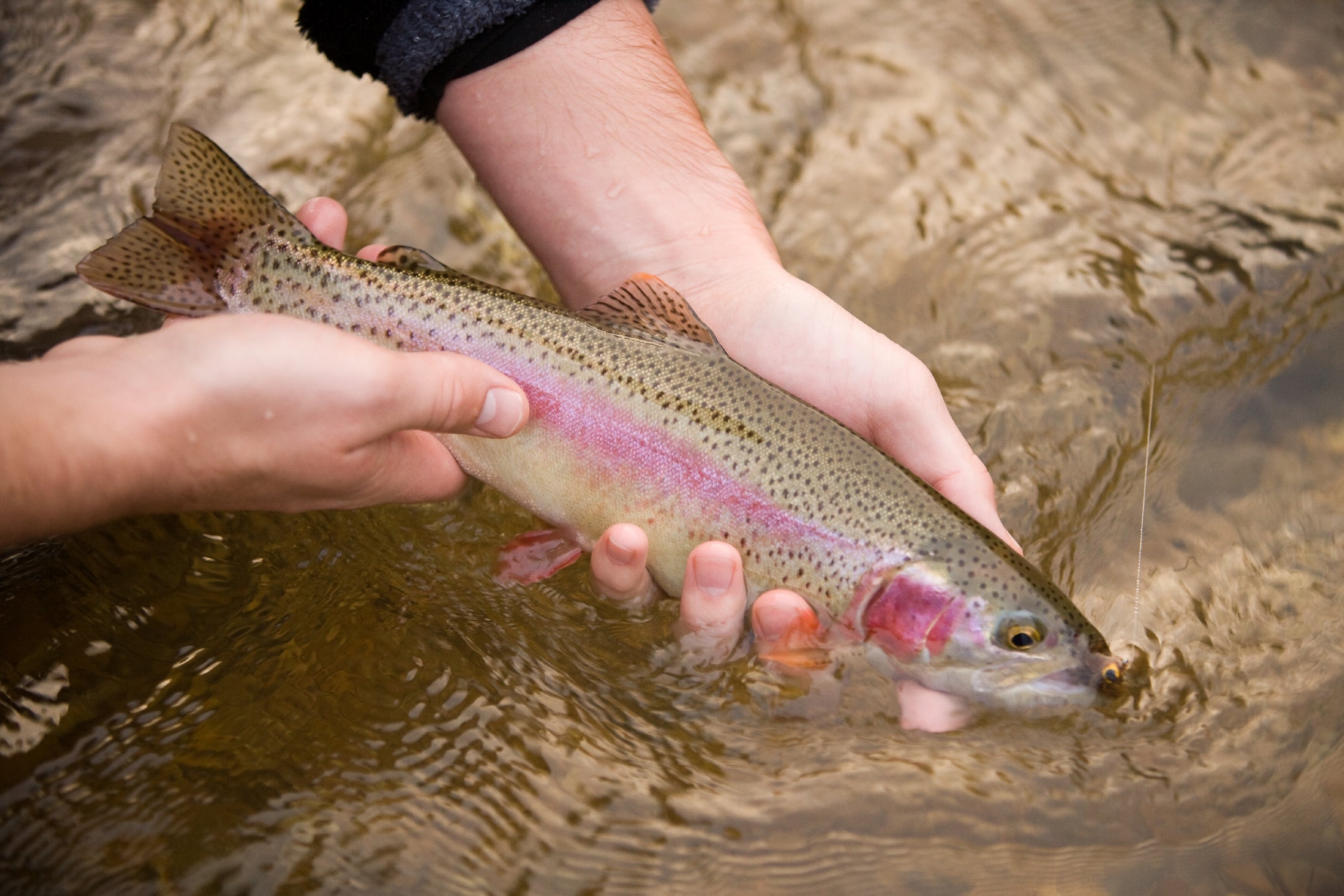 Is user submitted
Caption
MDC encourages anglers to add some color to their catches by getting hooked on rainbow trout at one of Missouri's four trout parks. Catch-and-keep trout season runs through Oct. 31 at the trout parks.
News from the region
Statewide
By
Jill Pritchard
Published Date
06/27/2019
Body

JEFFERSON CITY, Mo. – Fishing feeling a bit drab? The Missouri Department of Conservation (MDC) encourages anglers to add some color to their catches by getting hooked on rainbow trout at one of the state’s four trout parks: Bennett Spring State Park near Lebanon, Maramec Spring Park near St. James, Montauk State Park near Licking, or Roaring River State Park near Cassville.

“Staff stock more than 800,000 trout annually at Missouri’s trout parks, which totals to more than two trout released daily per person,” explained Branson. “Hatchery staff look at the daily trout tag records to determine how many fish to stock daily.”

Though Missouri has experienced record-breaking rainfall in some areas this spring, none of the state’s trout parks have been affected by floodwaters.

Catch-and-keep trout season at the trout parks runs through Oct. 31, while anglers can fish at trout areas, such as creeks, rivers, and lakes, year-round. Anglers need a daily trout tag to fish in Missouri’s trout parks. Daily trout tags can only be purchased at each of the four trout parks. Missourians ages 16-64 and nonresidents ages 16 and older need a fishing permit in addition to the daily tag. Those fishing in other trout areas must have a trout permit in addition to their fishing permit to possess trout, or to fish in the upper portion of Lake Taneycomo.

Missouri fishing permits can be purchased from numerous vendors around the state, online at mdc.mo.gov/buypermits, or through MDC’s free mobile apps, MO Hunting and MO Fishing, available for download on both the App Store for iPhone devices and Google Play for Android devices.