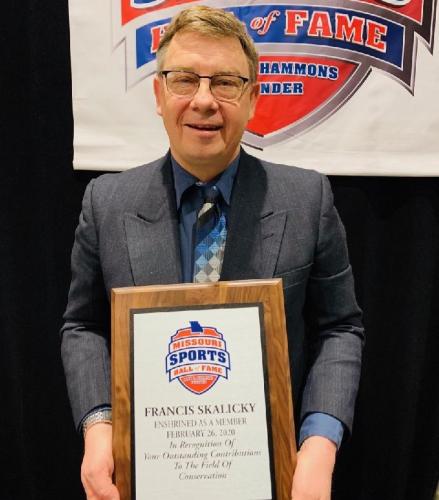 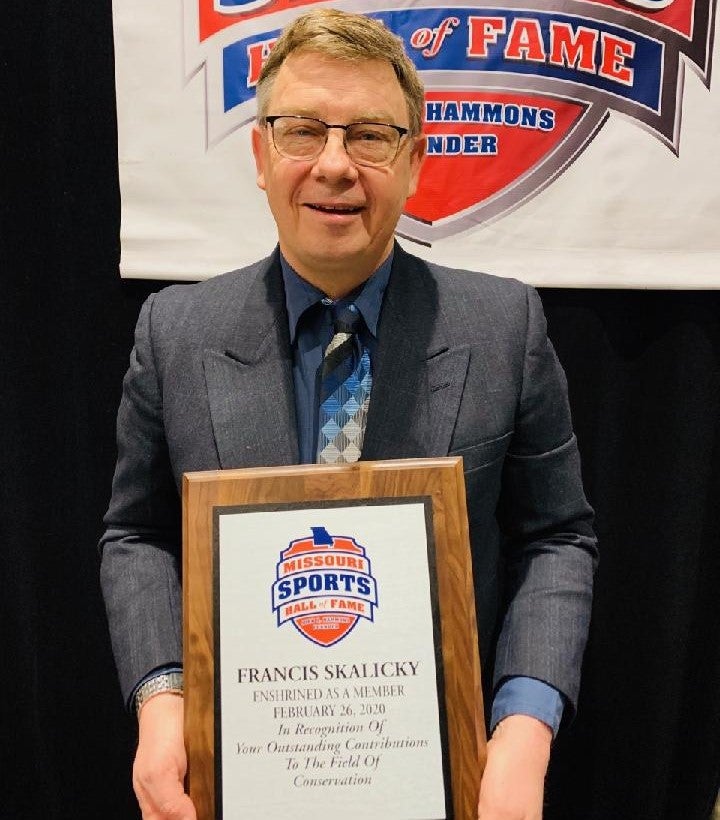 Is user submitted
Caption
MDC congratulates MDC Media Specialist Francis Skalicky of Springfield on his recent induction into the Missouri Sports Hall of Fame.
Credit
MDC
Right to Use
News from the region
Statewide
By
Joe Jerek
Published Date
02/26/2020
Body

Skalicky is the MDC media specialist for the southwest region of the state and was honored for his career in sports and conservation-related writing.

“We congratulate Francis on this highly honored recognition for his career of excellent writing and other communications on various conservation-related topics,” said MDC Director Sara Parker Pauley. “He shows his extensive knowledge of and passion for conservation through his skilled writing and other communications that help people learn about and love nature and the Missouri outdoors.”

A graduate of Bolivar High School and Missouri State University, Skalicky has been the southwest regional media specialist for MDC since 1996. In that role, he coordinates media coverage for the 17-county region and assists with media coverage elsewhere in the state. He has periodically written articles for the MDC monthly magazine, “The Missouri Conservationist,” and pens columns promoting the outdoors and good conservation practices for several southwest Missouri newspapers.

Skalicky previously worked 11 years as a newspaper sports writer at the Bolivar Herald-Free Press, Fremont Tribune in Nebraska, Jackson Sun in Tennessee, and the Springfield News-Leader. In addition to covering area sporting events for the News-Leader, he also wrote a weekly outdoors column, outdoors features, and helped coordinate its outdoors page.

“The Hall of Fame is proud to add this event to our lineup and welcome these honorees,” said Hall of Fame President and Executive Director Jerald Andrews. “Each one has made a significant impact in their respective field, and we hope the community will support them through our luncheon.”

Former Missouri Conservation Commissioner Chip McGeehan was also honored at the event and inducted for his conservation work. McGeehan served as commissioner from 2005 to 2011.

Learn more about the Missouri Sports Hall of Fame and the event at mosportshalloffame.com/.

Learn more about the Missouri Department of Conservation at mdc.mo.gov.