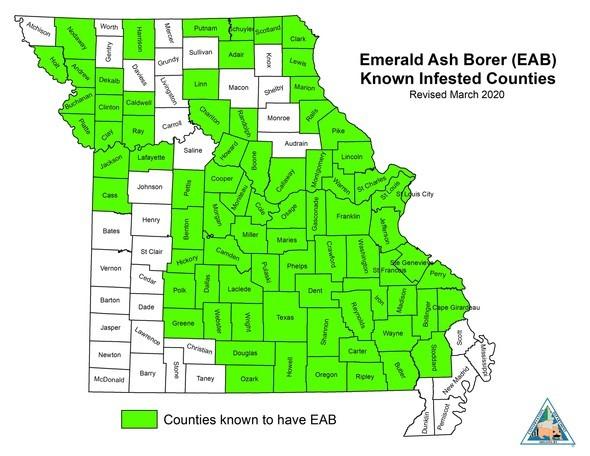 Caption
Emerald Ash Borer (EAB) has been detected in 78 Missouri counties since 2008.
1/2
Image 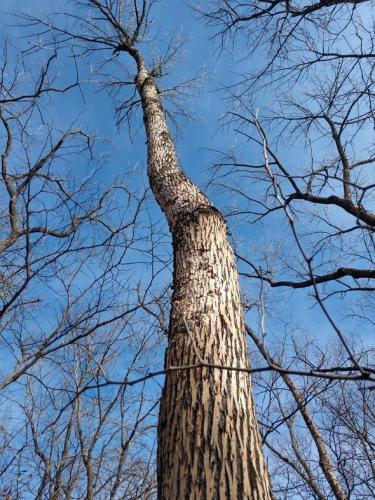 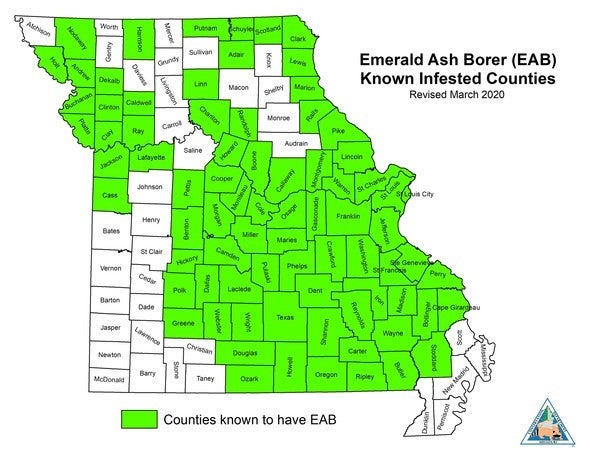 Is user submitted
Caption
Emerald Ash Borer (EAB) has been detected in 78 Missouri counties since 2008.
Image 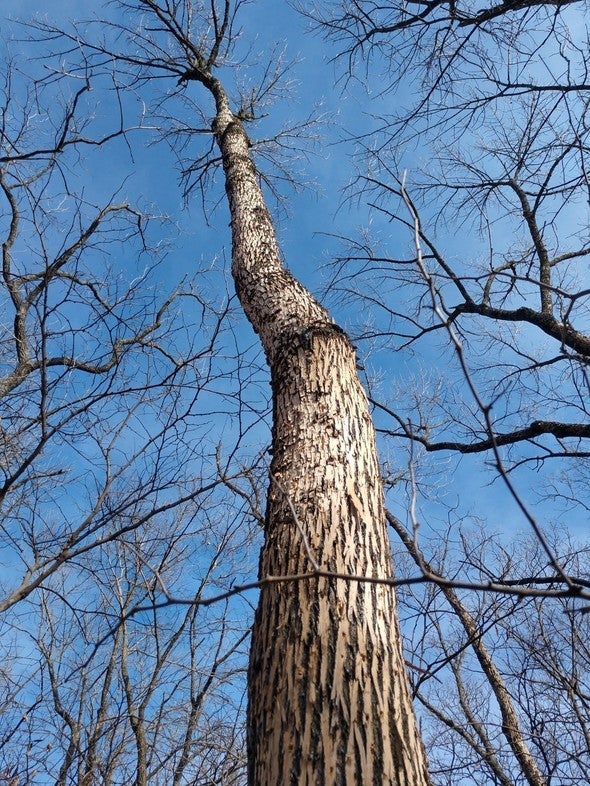 COLUMBIA, Mo. — The Missouri Department of Conservation (MDC) has confirmed the presence of emerald ash borer (EAB) in Chariton, Lafayette, and Moniteau counties, bringing the statewide total to 78 counties known to have the pest. EAB is a small, metallic green beetle native to Asia that attacks all species of ash trees, killing more than 99 percent of the trees it attacks.

According to MDC Forest Entomologist Robbie Doerhoff, one of the best ways to keep track of EAB and its march across Missouri is to look for bark blonding, a term that refers to woodpecker damage on ash trees.

“When an ash tree is infested with EAB larvae, woodpeckers often remove portions of the bark while searching for the insects, revealing light-colored inner bark that is highly noticeable,” said Doerhoff. “Trees with bark blonding are often the first clue that EAB is in a new area.”

MDC has received dozens of reports this winter of ash trees with bark blonding, a sign that EAB populations are increasing rapidly across the state.

“In some areas, nearly every ash tree has bark blonding from the ground to the upper branches, indicating EAB populations are high and that most ash trees will be dead in a year or two,” explained Doerhoff.

Make a plan to treat or remove

EAB will likely be found statewide within the next few years, prompting Doerhoff to urge Missourians with ash trees in their yard to make a plan now to either remove those trees or treat them with an insecticide.

“EAB-killed ash trees quickly become brittle and dangerous, so it’s time to consider your options when it comes to ash trees, especially those located near buildings and driveways,” said Doerhoff.

Ash trees typically show a pattern of declining health for 2–4 years before being killed by EAB. Woodpecker damage, sprouts growing from the main trunk, and major branch loss can all suggest EAB is present.

“Trees with significant bark blonding or branch dieback often aren’t good candidates for insecticide treatments, so make a plan to remove those trees as soon as possible,” said Doerhoff.

If you have an ash tree in your yard that mostly appeared healthy last fall, it may be a good candidate for treatment this spring or early summer.

“Make sure you know what insecticide you or your arborist is using,” said Doerhoff. “Not all chemicals are effective or recommended, and treatment options vary by tree size.”

Felled ash trees should be disposed of locally to prevent the accidental spread of EAB to new locations. EAB can emerge from ash firewood and logs for up to two years after harvest, so don’t give EAB a free ride to your favorite camping locations.  Buy firewood near where you plan to burn it!

MDC encourages Missourians to report possible EAB infestations in counties where the pest has not yet been confirmed. Reports can be made by using the online form at eab.missouri.edu or by calling MDC’s Forest Pest Hotline at 866-716-9974.