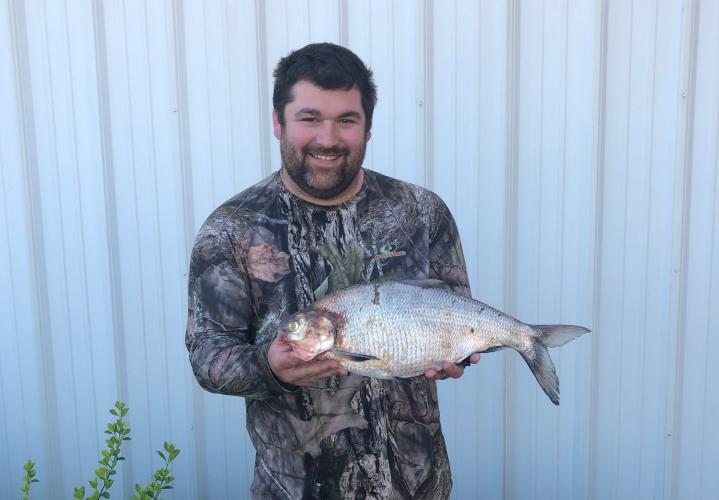 Caption
MDC congratulates Joseph Duncan of Fredericktown for shooting a new state-record gizzard shad. The 3-pound, 9-ounce fish was shot April 19 on a private pond in Madison County.
Right to Use
1/1
Image 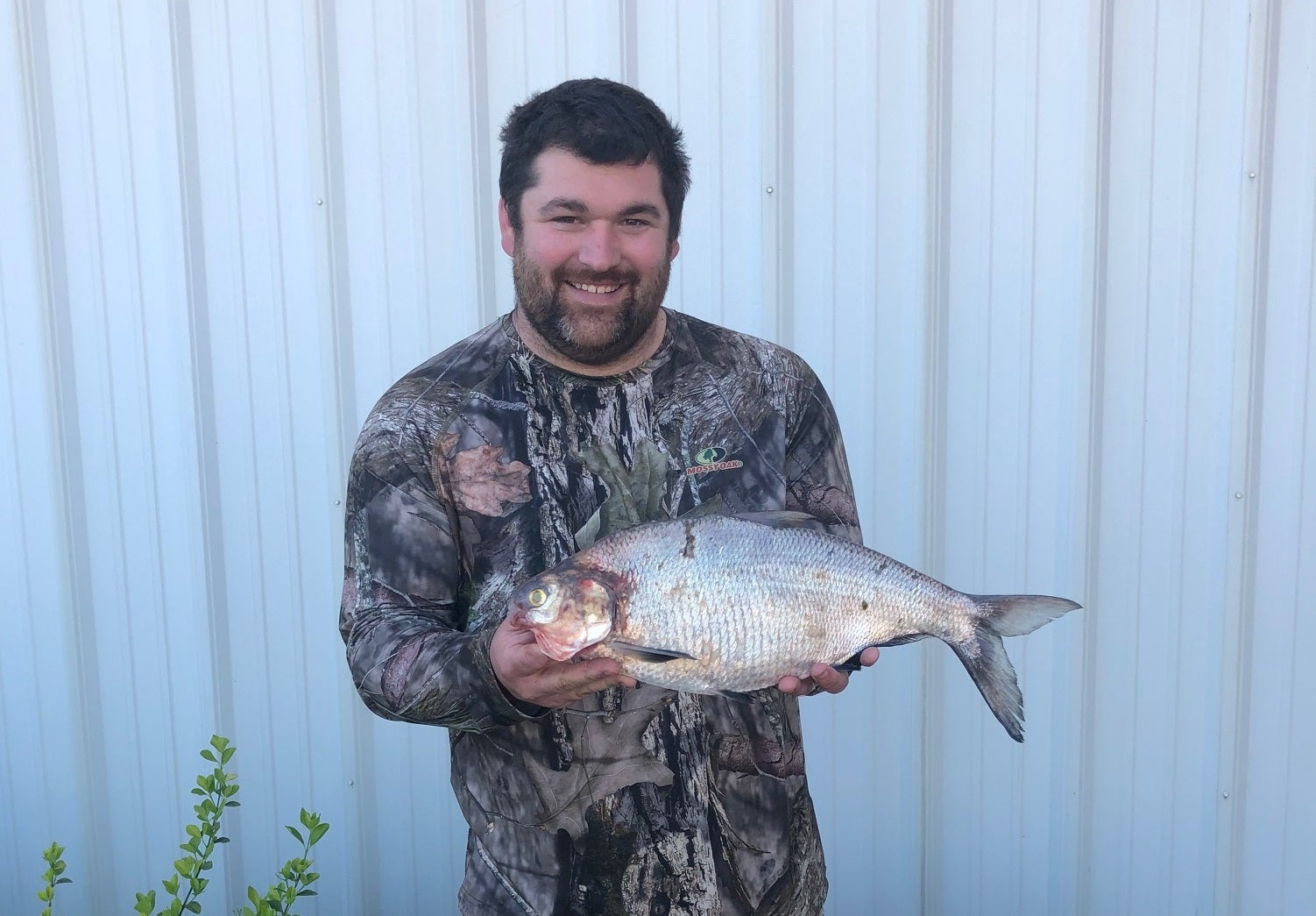 Is user submitted
Caption
MDC congratulates Joseph Duncan of Fredericktown for shooting a new state-record gizzard shad. The 3-pound, 9-ounce fish was shot April 19 on a private pond in Madison County.
Right to Use
News from the region
Statewide
By
Jill Pritchard
Published Date
04/29/2020
Body

JEFFERSON CITY, Mo. – The Missouri Department of Conservation (MDC) congratulates Joseph Duncan of Fredericktown for becoming the latest state record holder under alternative methods for gizzard shad. Duncan was bowfishing on a private pond in Madison County April 19 when he shot a 3-pound, 9-ounce fish. The previous record was a 2-pound, 13-ounce fish shot in 2019 on Bull Creek.

“It was a surprise to get a state record that day because I wasn’t targeting shad at all,” laughed Duncan. “We were actually doing some grass carp control that day, but I’m pretty excited about it. It was only a matter of time before one of us shot a shad. We saw some pretty big ones in there!”

The shad was weighed on a certified scale in Madison County. It’s the 6th state-record fish recorded for 2020.

“I’ve caught other record fish before, but this is the first time I’ve actually gotten one in the books,” said Duncan. “It’s really bragging rights and not a fish you mount – especially after it’s been shot! But now I’ve got a game going with my friends to shoot the world record gizzard shad. I’m betting it’s in that pond.”