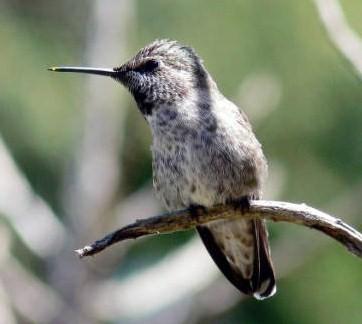 Caption
Hummingbirds unusual to our area, such as this female Anna’s hummingbird, sometimes appear at feeders maintained into winter.
1/1
Image 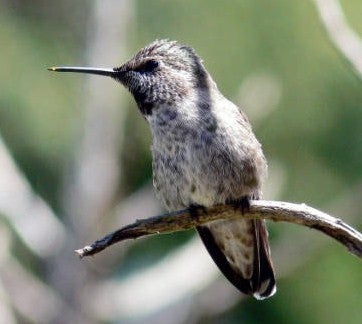 Is user submitted
Caption
Hummingbirds unusual to our area, such as this female Anna’s hummingbird, sometimes appear at feeders maintained into winter.
News from the region
Kansas City
By
Bill Graham
Published Date
10/15/2010
Body

KANSAS CITY MO -- If you want to see some unusual hummingbirds, don’t pack your feeders for them away until after Thanksgiving.

“We can get recorded sightings of late-migrating western species – mainly Rufous hummers – if people leave their feeders out,” said Larry Rizzo, natural history biologist for the Missouri Department of Conservation (MDC).

Most of the ruby-throated hummingbirds commonly seen in the Kansas City region during summer are already migrating south for the winter. Leaving feeders out will not encourage them to stay past their normal time, Rizzo said. Some hummingbird species can stand a little snow, anyway, as they head south.

“The odds are very slim that most people will see a hummingbird this late in the year,” he said. “But the only way we know their presence is if they come to a feeder, and unless there are feeders out there somewhere that won’t happen.”

Any birdwatcher who spots or photographs a hummingbird at a feeder from now into winter is asked to call Rizzo at 816-655-6250, ext. 246, or send an e-mail to larry.rizzo@mdc.mo.gov.