Heat, drought and other factors contributing to recent elk deaths 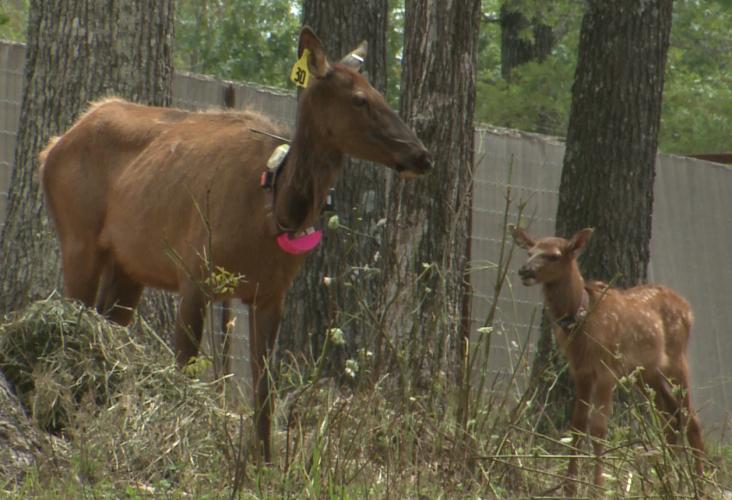 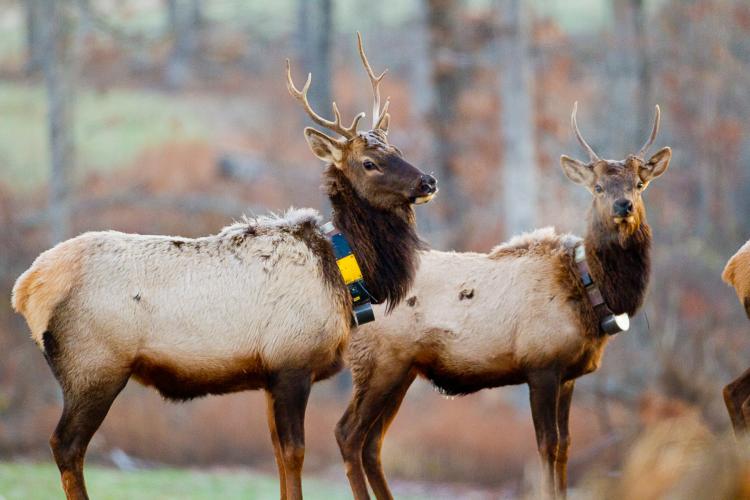 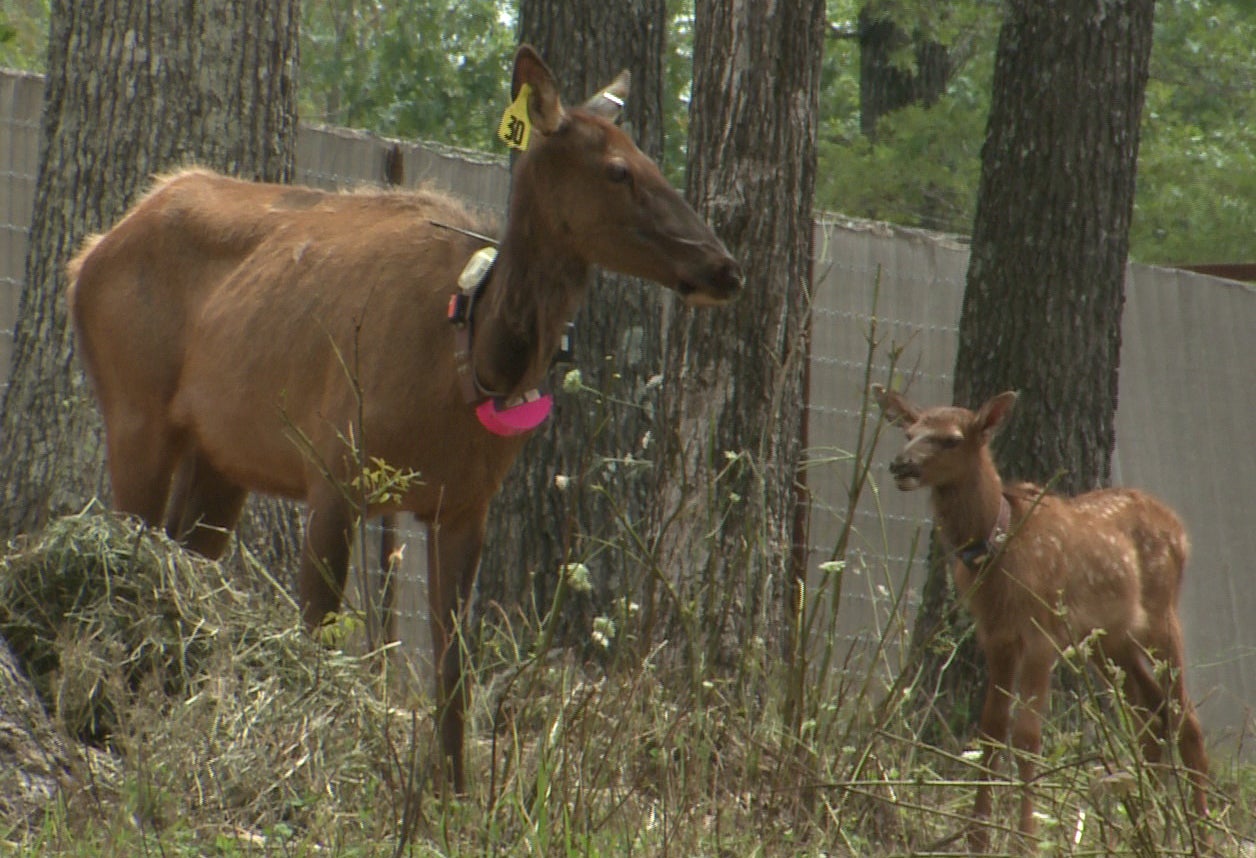 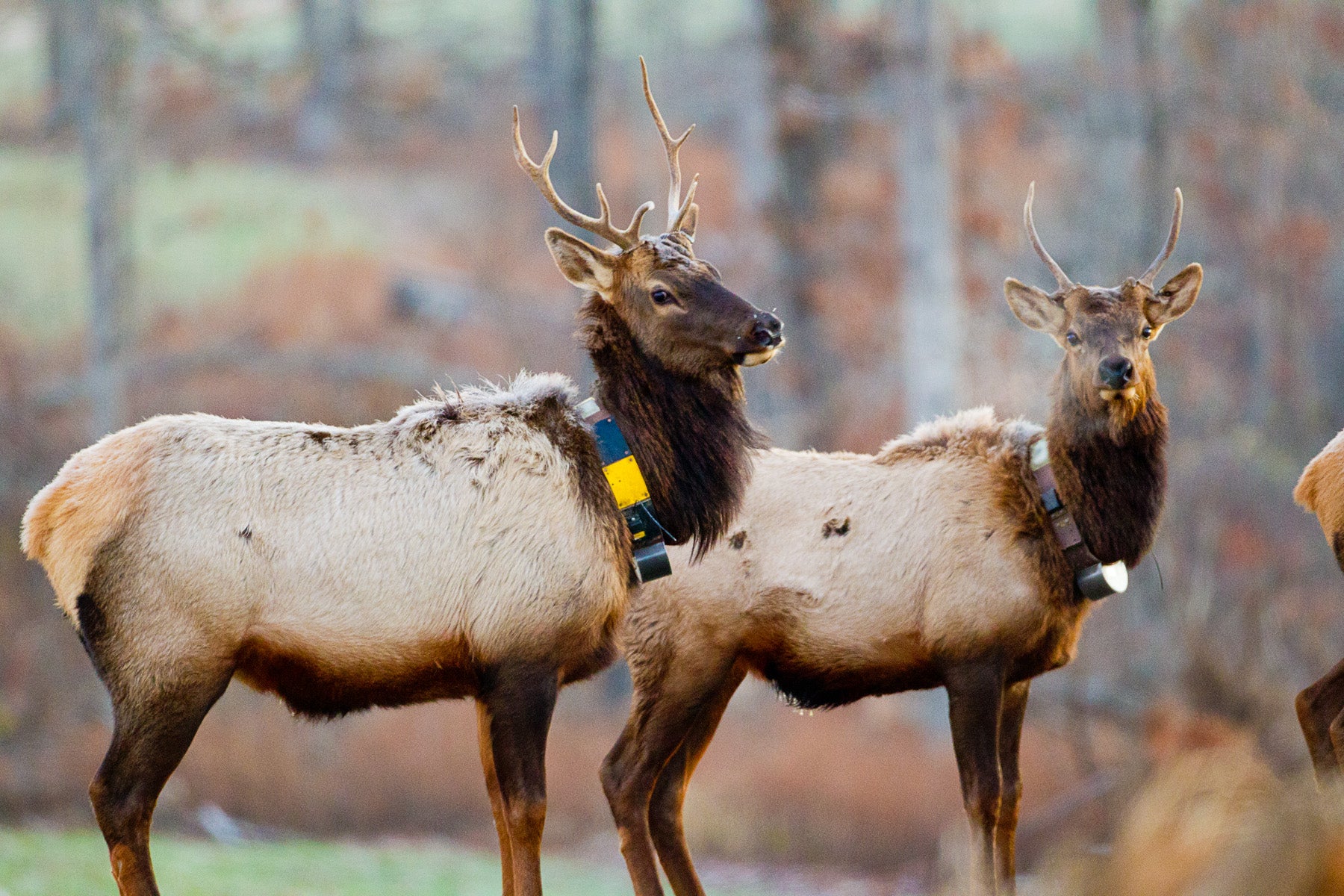 JEFFERSON CITY, Mo. – The Missouri Department of Conservation (MDC) is awaiting additional laboratory test results to help determine the causes of recent elk deaths, including six cow elk. One yearling bull elk was also recently found dead along with three calves, two of which were born to cow elk that died. All deaths occurred in mid-to-late July and involved elk relocated earlier this year from Kentucky to Missouri’s elk restoration zone in Carter, Shannon and Reynolds counties.

According to MDC Resource Scientist Lonnie Hansen, preliminary test results from several veterinary pathology laboratories have not pointed to one specific cause of death for all animals. A combination of stress from relocation, extreme heat and drought conditions appear to be contributing factors.

In addition, three newborn calves from elk brought to Missouri in 2012 died in June shortly after birth. One elk cow and her calf from the 2011 restoration group died while birthing in early June.

Hansen says that all restored elk underwent a series of health tests after capture in Kentucky and received clean bills of health before being relocated to MDC’s Peck Ranch Conservation Area in May.

Necropsies of the dead elk included testing for bovine tuberculosis and other diseases, which were also among health tests conducted in Kentucky. MDC staff also reviewed health records of the dead elk for clues. Other than pneumonia found in the bull elk, no disease-related causes have surfaced. Preliminary results from necropsies on the animals and initial lab tests did not detect epizootic hemorrhagic diseases (EHD) or bluetongue, which are more prevalent in deer during dry weather. Elk typically do not get sick from EHD or bluetongue.

Hansen adds that poaching was not involved.

“What we could be seeing is stress that is catching up to some of the 2012 elk a month after being released, compounded with abnormal and extreme heat and drought conditions,” he says. “Stress in wildlife can temporarily affect their immune systems and make them more susceptible to these extreme weather conditions. Wildlife can be susceptible to pneumonia as a result of stress and dry, dusty conditions during drought.”

He adds that, overall, the 2011 herd appears to be doing well despite the heat and drought, including calves born this spring.

One of the dead cow elk from the 2012 group was found stuck in a muddy pond. After being pulled free by MDC staff, it died the next day. Hansen says that heat exhaustion likely contributed to its death.

He adds that the combination of relocation and calving in extreme heat and drought may have contributed to the cow-elk deaths. It appears that malnutrition or other stress-related factors contributed the deaths of the three calves.

Other potential causes being evaluated include naturally occurring toxins in water or food that can be concentrated to lethal levels during drought.

MDC staff checked food plots for blister beetles, which are prevalent throughout the Ozarks, especially during drought. The beetles have a toxin that is lethal to horses and other livestock that ingest them. No blister beetles were found in food plots near where dead elk were found, or during necropsies.

Johnson grass grows in the restoration zone and was found near four of the dead cow elk. During drought conditions, Johnson grass can concentrate nitrates and prussic acid, a chemical that can cause death within hours. Samples of Johnson grass are being analyzed by University of Missouri Veterinary Medicine staff. Test results are pending. Johnson grass is an invasive species that has become common in the region. During normal years, it is not toxic and is used as hay.

Wheat with potentially toxic black-tip fungus was found in many of the food plots at Peck Ranch. The wheat has been mowed so elk cannot consume infected kernels. Samples are being tested and results are pending.

Hansen adds that the approximately 80 remaining elk are staying close to or on Peck Ranch and The Nature Conservancy release site, which indicates adequate food and water in these areas of the 346-square-mile restoration zone.

He says that several other Midwestern states are also reporting heat- and drought-related livestock and wildlife deaths.

“We expect some setbacks during this or any wildlife restoration project,” says Hansen, “especially with the grueling heat and drought. Elk are generally very adaptable and very tough, and Missouri’s restored herds will continue to acclimate and grow.”

CAUSE OF DEATH UPDATE: September 2012

Following extensive laboratory tests and consultation with veterinarians in Missouri and from other states, MDC has determined that none of the elk that died earlier this summer had any livestock- or wildlife-related diseases. MDC has concluded that the dead elk from among ones restored in May 2012 died of stress, which affected cows trying to raise calves in the extreme heat and drought of the summer. Their calves died once they passed. As reported earlier, pneumonia was found in the bull elk that died. With cooler weather, rain and greening up of the area, MDC has had no other elk deaths.