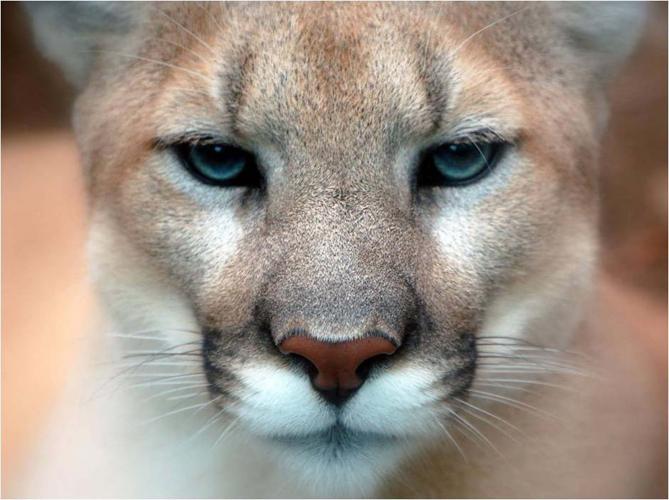 The Missouri Department of Conservation (MDC) confirmed 14 mountain-lion sightings in 2011. That was a sharp increase from the previous 16 years, when MDC was able to document only 12 cougar sightings.

Four of the 2011 sightings yielded hair or tissue samples adequate for DNA testing. Eleven Western states maintain databases of mountain-lion DNA. Comparing the genetic makeup of cougars found in Missouri enables biologists to learn if they came from one of these states.

DNA tests tied two young male cougars to the Black Hills area of South Dakota. One was shot by a raccoon hunter in Ray County in January 2011. A Texas County homeowner shot the other one in September.

DNA from the young male mountain lion killed by coyote hunters in Macon County in January 2011was traced to central Montana. The remaining cougar, which left a tuft of hair on a barbed-wire fence after crossing the road in front of a motorist in Oregon County, was related to mountain lions from Colorado. DNA showed the Oregon County cat also was a male.

“Large carnivores have big home ranges,” says Resource Scientist Jeff Beringer, “and males disperse long distances in search of females. It seems logical that the rate of dispersal would be greater when cats have repopulated available habitat in neighboring states, but there is also an innate drive to travel.”

2011 remains a puzzling aberration in Missouri’s mountain-lion history. The largest number of sightings documented by MDC in any previous year was two, in 2006 and 2010. MDC has confirmed two sightings so far this year.

“Increased public awareness and the growing popularity of trail cameras might account for part of the increase in sightings,” says Beringer, “but last year’s spike is hard to explain. What we now know for sure is that mountain lions are traveling a long way to get here.”

All wildlife is protected under the provisions of the Wildlife Code of Missouri. However, the Code provides for the taking of wildlife during prescribed hunting and trapping seasons and under other circumstances, such as when mountain lions are attacking or killing livestock or domestic animals or threatening human safety. MDC has not stocked mountain lions in Missouri and has no plans to do so.

MDC has established a Mountain Lion Response Team to gather mountain lion reports and investigate those for which there is physical evidence. You can report sightings by email to mountain.lion@mdc.mo.gov. For information about mountain lions in Missouri, visit mdc.mo.gov/node/4168 or mdc.mo.gov/node/3505.