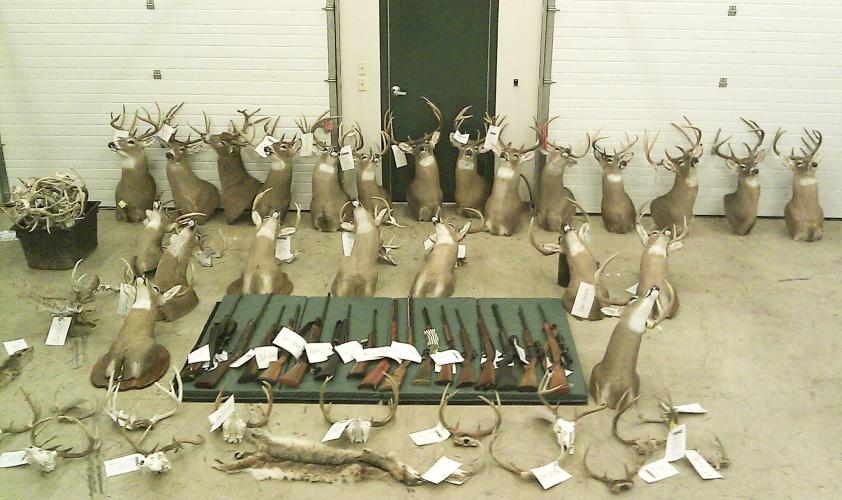 Caption
Conservation agents seized 240 items including deer and other mounts, antlers and firearms as part of a large investigation in the Ozarks.
1/1
Image 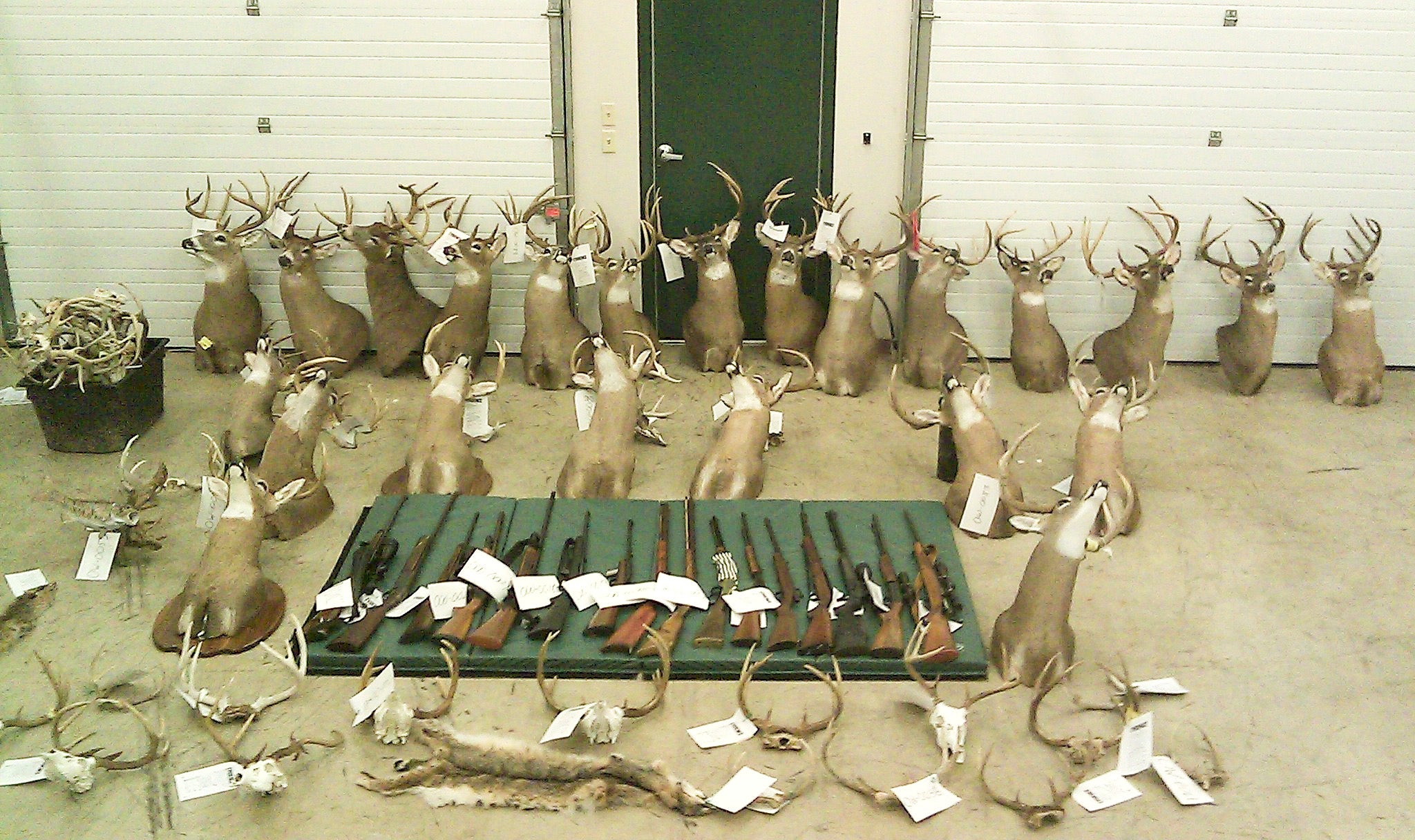 Is user submitted
Caption
Conservation agents seized 240 items including deer and other mounts, antlers and firearms as part of a large investigation in the Ozarks.
News from the region
Ozark
By
A.J. Hendershott
Published Date
07/19/2010
Body

WEST PLAINS Mo – A large investigation involving illegal commercialization of wildlife and wildlife parts was brought to a close this weekend where the Missouri Department of Conservation (MDC) documented a total of 299 serious violations in seven counties across southern Missouri.

“Investigators were able to document that 62 percent of the wildlife brought in for mounting at a local taxidermy shop was taken illegally in some manner,” said MDC Protection Regional Supervisor Gary Cravens.

The violations include those related to deer, turkey, furbearers, both game and non-game fish, and migratory birds. This documentation occurred over the past two years in Crawford, Dent, Miller, Howell, Iron, Oregon and Shannon counties.

Beginning July 17, Conservation agents contacted individuals believed to have been involved in violations.

“Teams of agents met with 68 individuals and were able to document another 126 violations, bringing the total number of violations to 425,” said Cravens. “Of these, 289 were related to deer and 23 were related to turkey.”

Conservation agents seized a total of 240 items including 90 deer mounts or sets of antlers, approximately 20 various small game, fish, or furbearer mounts, 70 frog legs, one rattlesnake, and 16 firearms. Some of the wildlife was sold illegally. Additionally, three individuals were arrested on a total of 11 outstanding warrants including two for out-of-state felonies.

“This investigation was important to the state,” Cravens remarked. “These violators are in effect stealing wildlife that belongs to all of us here in Missouri who obey the laws. And it’s our job to make sure that wildlife resources are protected.”

“A lot of hard work went in to investigating these wildlife violations but it is worth our time and effort if we change the attitudes and behavior of those who commit such acts,” Cravens said.