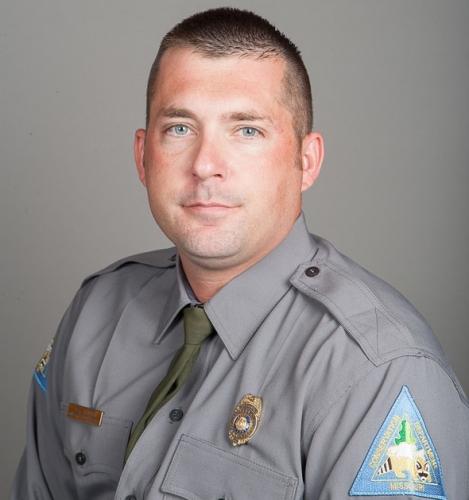 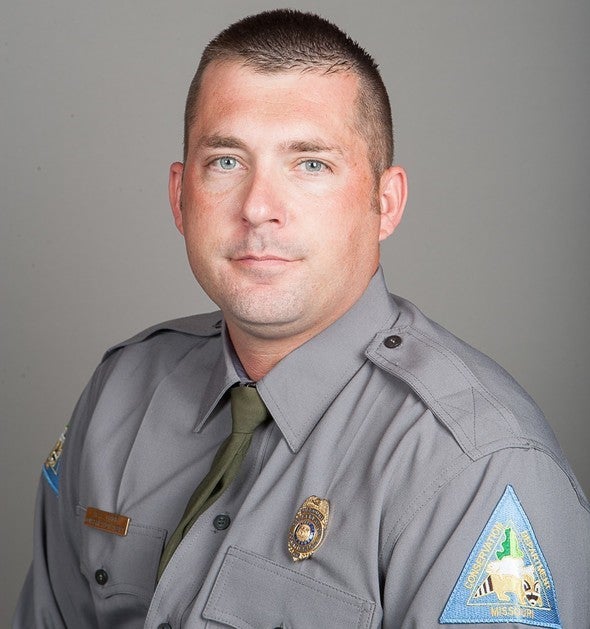 Is user submitted
Caption
Mount Vernon native Will Carr has been promoted to lieutenant for the Missouri Department of Conservation's (MDC) Protection Division and will oversee enforcement duties in MDC's five-county Joplin District.
Credit
Missouri Department of Conservation photo
Right to Use
News from the region
Southwest
By
Francis Skalicky
Published Date
10/14/2021
Body

JOPLIN, Mo. – Will Carr’s promotion to Lieutenant in the Protection Branch in the Missouri Department of Conservation’s (MDC) Southwest Region has him overseeing enforcement duties in a part of the state he knows well.

In his new role, Lieutenant Carr will be the head of the Protection Branch's Joplin District. This means he will supervise conservation agents in Jasper, Lawrence, Newton, McDonald, and Barton counties. He began his duties Oct. 1 and replaces Scott Burger, who retired earlier this year.

In addition to his enforcement duties, Carr coaches teams for his three sons in baseball, basketball, and archery. He is also a member of the Trinity Lutheran-Freistatt School Board and is active in his church. On top of this, Carr also volunteers for local outreach counseling and addiction services.

Carr grew up in Mount Vernon and is a graduate of Missouri Southern State University. He graduated from the Conservation Agents’ Academy in 2005.

“I am excited about taking on this new leadership position and I am looking forward to leading, guiding, and training those that I have worked so closely alongside of for the past 16 years,” Carr said.

He can be reached at Willie.Carr@mdc.mo.gov. Game law violations can also be reported to the Operation Game Thief Hotline, 1-800-392-1111.