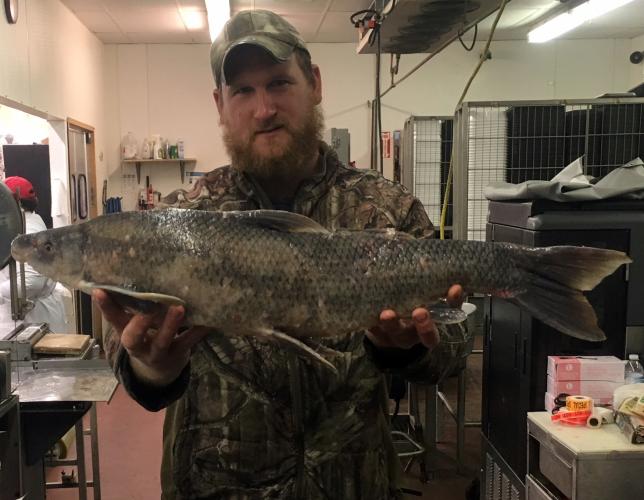 Caption
Congratulations to Bryant Rackers on breaking the state record by snagging a 9-pound, 1-ounce blue sucker on the Osage River.
1/1
Image 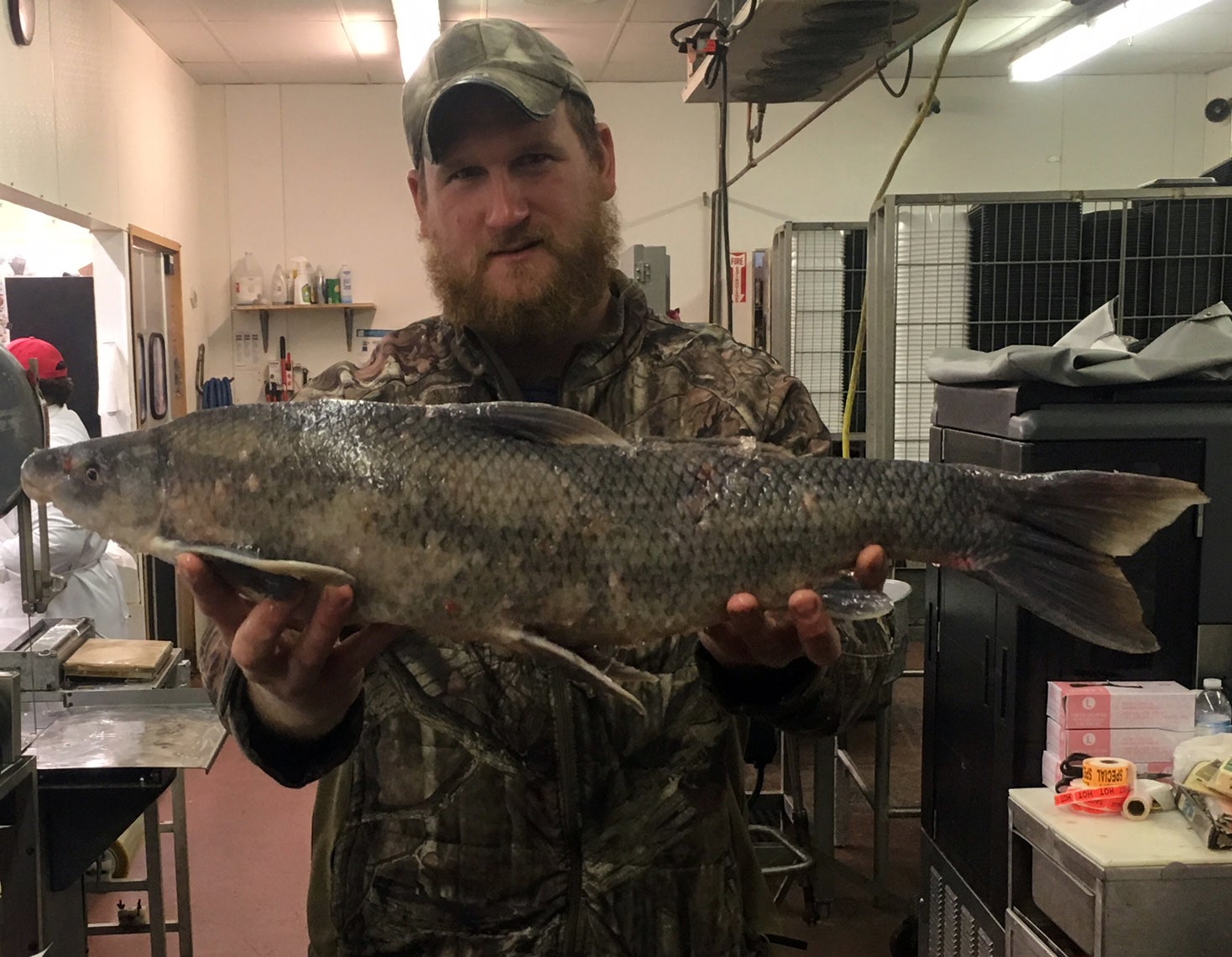 Is user submitted
Caption
Congratulations to Bryant Rackers on breaking the state record by snagging a 9-pound, 1-ounce blue sucker on the Osage River.
News from the region
Statewide
By
Lucas Bond
Published Date
04/27/2018
Body

JEFFERSON CITY, Mo. – The Missouri Department of Conservation (MDC) reports Bryant Rackers of Bonnots Mill became the most recent record-breaking angler in Missouri when he snagged a blue sucker on the Osage River. The new “alternative method” record fish snagged by Rackers on April 21 weighed 9 pounds, 1 ounce with a length of 30 inches. Rackers’ recent catch broke the previous state-record of 7-pound, 6-ounces, caught in 1980.

“I knew I snagged a couple pretty nice fish during that day, but I didn’t think anything about it until I weighed the larger blue sucker, and after checking online I realized that I had a new state record fish,” Rackers said.

MDC staff verified the blue sucker’s weight by weighing it on a certified scale in Jefferson City.

Once MDC staff confirmed that fish was a new state record, Rackers said he was very excited. “I can’t believe I finally hold a state record in Missouri for catching the largest fish,” he said. “This hopefully won’t be the last time you see my name because I’m going after other state records now.”

Rackers said he plans on getting the state-record blue sucker mounted.