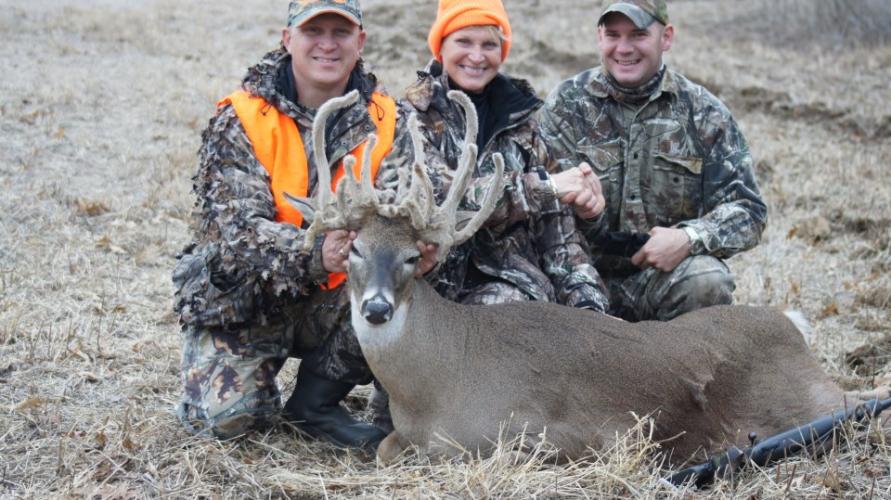 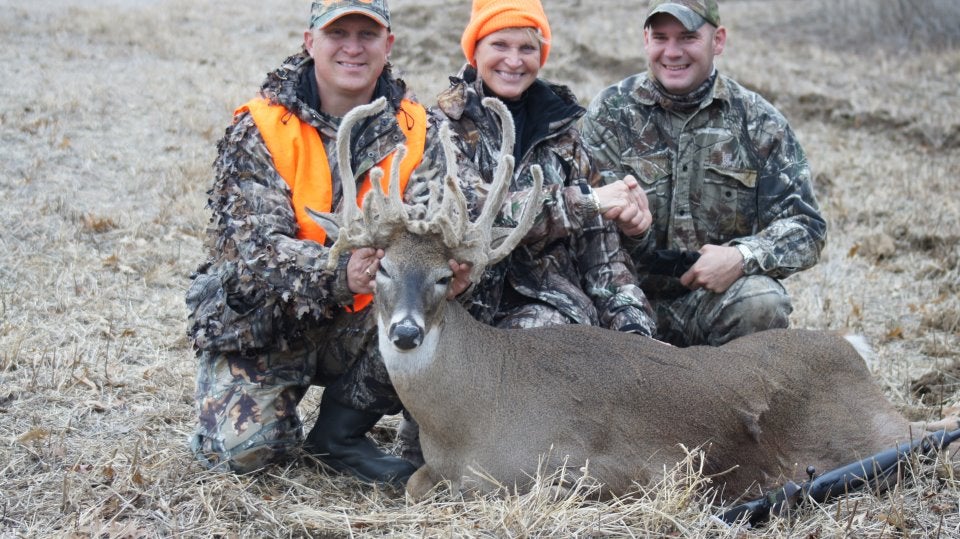 JEFFERSON CITY – The Kinks didn’t have white-tailed deer in mind when they wrote the lyrics to rock song “Lola,” but five antlered female deer reported to the Missouri Department of Conservation (MDC) lend new meaning to the phrase, “It’s a mixed-up, muddled-up, shook-up world.”

MDC Resource Scientist Emily Flinn specializes in deer biology. She says she has received five reports this year from hunters who shot antlered deer that appear, at least externally, to be female.

Flinn said this phenomenon is not as rare as you might think. As many as one in every 65 or as few as one in 4,437 female white-tailed deer may grow antlers, depending on the region within North America. It’s all a question of hormones.

“Female deer can grow antlers if they have higher-than-normal testosterone levels,” said Flinn. “In most cases, does’ testosterone levels are too low for full antler development. They usually are small and poorly formed, and they aren’t completely hardened. They typically are still in velvet when hunting season arrives.”

That wasn’t the case with two of the deer reported this year. A 9-pointer taken in Platte County and a 10-pointer shot in Wright County both were symmetrical, fully hardened and polished. The Wildlife Code of Missouri distinguishes between antlered and antlerless deer, rather than bucks and does. Therefore, hunters who shoot deer with at least one antler measuring 3 inches or longer must check them as antlered deer, regardless of the animal’s sex.

All this leaves the most intriguing questions about antlered does unanswered, however. According to Flinn, these deer fall into three categories. The first is female deer with unusually high testosterone levels. These are the ones likely to grow under-developed antlers. They usually are fertile and able to bear fawns.

The second category is deer that are fully functional males but also possess some female anatomical features. In some, male genitalia are hidden beneath the skin or within the body, giving the appearance of female deer. However, their testosterone levels are high enough to produce fully developed antlers.

The third category is true hermaphrodites, animals with both male and female reproductive organs.

Flinn said it is difficult to say how common these abnormalities are in Missouri’s deer population.

“We only know about the ones that hunters shoot, and probably not even all of those,” she said. “It seems likely that some are field-dressed without the hunters noticing the anatomical oddities. If you shoot an antlered deer, you’re pretty much going to assume it’s a buck. If it’s early or late in the day, you might field dress it without noticing the presence or absence of some anatomical oddities.”

Missouri’s fall deer population is estimated at 1.4 million. If at least five of the 186,000 or so deer killed during the November hunt were sexually ambiguous, that would mean that 40 or more “Lola” deer are roaming Missouri’s fields and forests.

If you encounter one, you can report it to any MDC office.

Caribou are the only members of the deer family for which antlered females are normal.