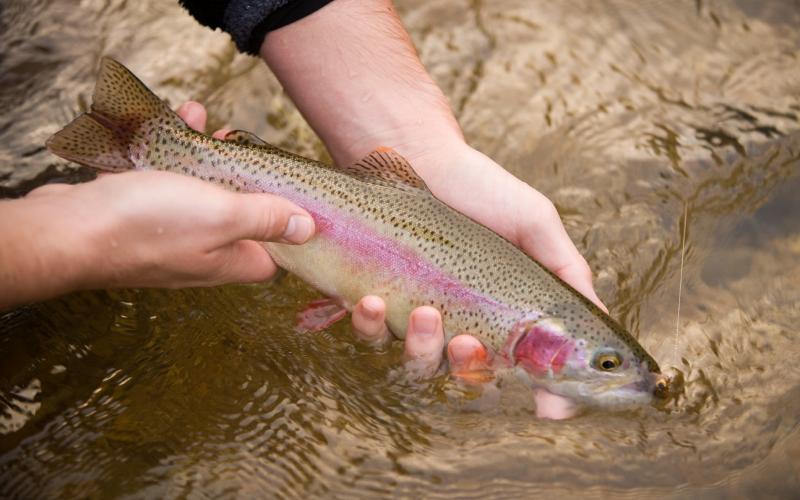 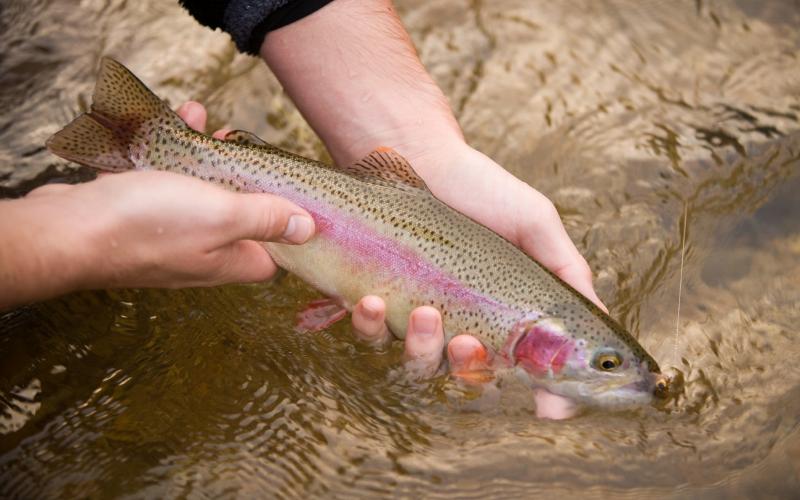 With this year’s opening day falling on a Friday, hatchery staff at Montauk, Bennett Spring, and Roaring River expect crowds of about 2,300 anglers at each location opening day. Maramec Spring staff are planning for a crowd of about 1,600.

Based on these predictions, hatchery staff will stock three rainbow trout per expected angler on opening day for a total of more than 21,000 fish averaging around a foot in length. The hatcheries will also stock a mix of "lunkers" ranging from three to 10 pounds.

Buy Missouri fishing permits from numerous vendors around the state, online at mdc.mo.gov/buypermits, or through MDC’s free mobile apps, MO Hunting and MO Fishing, available for download through Google Play for Android devices or the App Store for Apple devices.

Trout hatcheries are just one way that conservation pays in Missouri. MDC staff stock more than 800,000 trout annually at the state's four trout parks and approximately 1.5 million trout annually statewide. Trout anglers spend more than $100 million each year in the Show-Me-State, which generates more than $180 million in business activity, supports more than 2,300 jobs, and creates more than $70 million dollars in wages. About 30 percent of Missouri trout anglers come from other states, so a substantial portion of trout fishing expenditures is "new money" for the state's economy.

For more information on trout fishing in Missouri, visit http://bit.ly/1QJI6Nk.

REMINDER TO TROUT ANGLERS: To prevent the spread of the invasive alga called didymo or "rock snot," the use of shoes, boots or waders with porous soles of felt, matted or woven fibrous material is prohibited at all trout parks, trout streams, Lake Taneycomo, and buffer areas. Get more information at huntfish.mdc.mo.gov/fishing/protect-missouri-fishing/dont-spread-didymo.