Up to 8,000 anglers expected at trout park opener 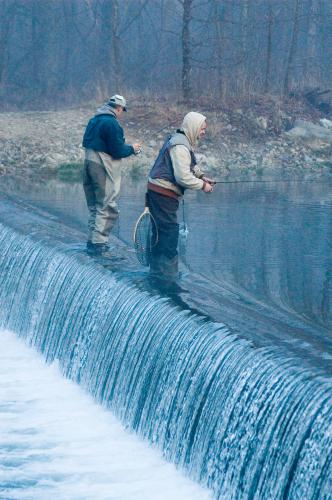 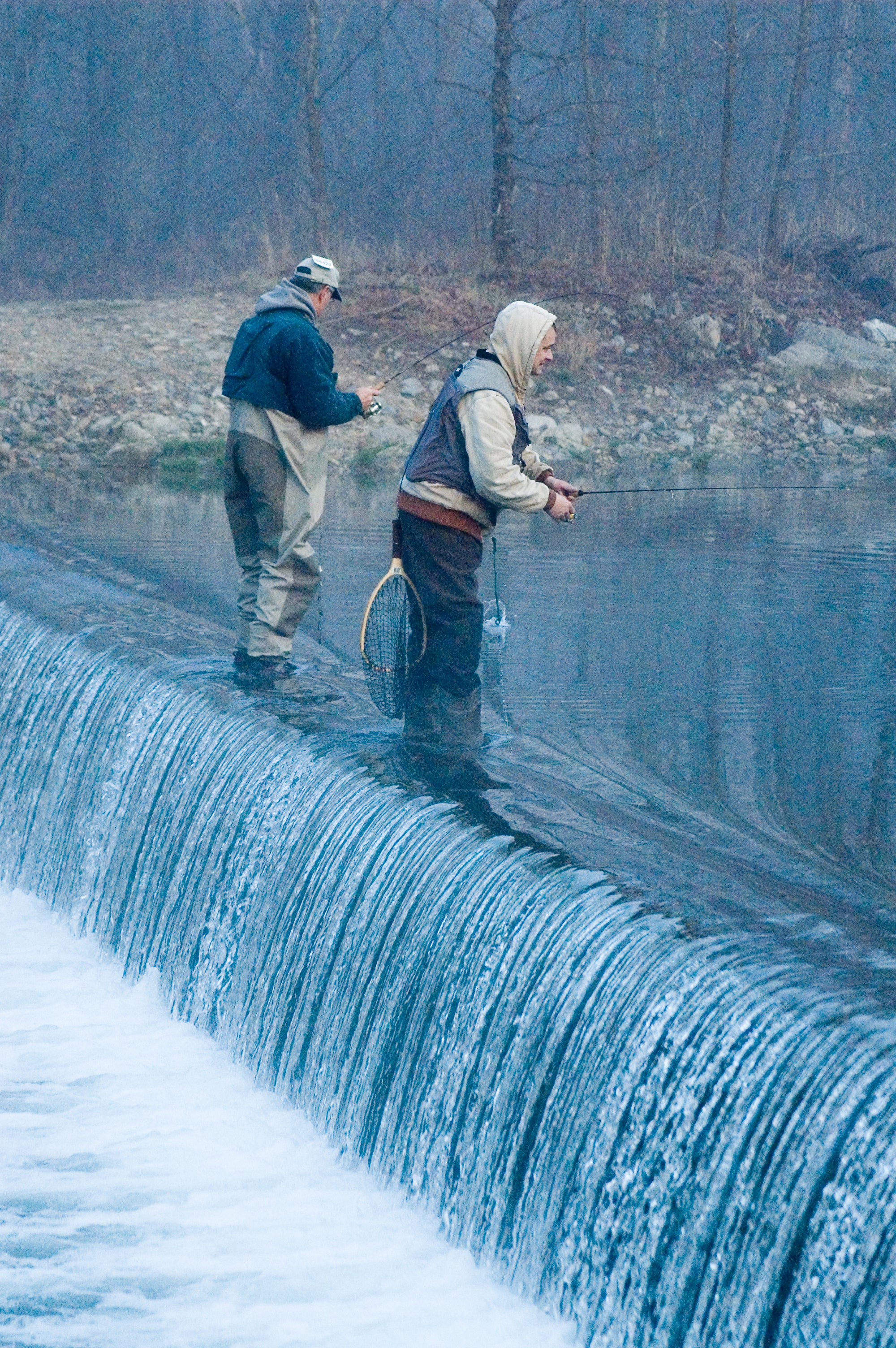 JEFFERSON CITY–You can’t see it now, but a trout-fishing tide is rising. Missourians are rummaging around in basements and garages, patching waders, tying flies and checking fishing reels and lines. The wave will continue to swell throughout the remainder of February. When it breaks on March 1, Missouri’s four trout parks will be awash in anglers, and the anglers will be up to their bellybuttons in rainbow trout.

The number of anglers present on opening day depends partly on weather, but it takes a major winter storm to make much of a dent in the throng at any of these destinations. The most important factor is what day of the week March 1 falls on in a particular year. Total attendance at all four parks has topped 14,000 in years past when the weather was good and the season opener fell on Saturday or Sunday.

MDC hatchery managers have 50 years of data on which to base predictions of angler turnout on any day throughout the catch-and-keep season March 1 through Oct. 31. This year, with a Tuesday opener, hatchery managers expect throngs of approximately 2,200 anglers at Bennett Spring, 2,000 at Montauk, 1,800 at Roaring River and 1,600 at Maramec Spring. If the March 1 weather forecast is unusually good, total attendance could top 8,400.

Hatchery managers use these estimates to determine how many trout to stock each day. Throughout most of the season, they stock 2.25 fish per expected angler. On opening day, however, they put three fish in the water for every angler they expect to attend. These fish average around 12 inches long. However, MDC also stocks dozens of “lunkers,” hatchery brood fish weighing upwards of 3 pounds. A few tip the scales at more than 10 pounds.

Three of Missouri’s trout parks–Bennett Spring, Montauk, and Roaring River–are owned by the Missouri Department of Natural Resources. Maramec Spring Park is owned by the James Foundation. The Conservation Department operates trout hatcheries at all four. For more information about trout-park fishing, call:

One new feature at all four parks this year is the availability of wader-wash stations. These are baths with a 5-percent salt solution for boots and fishing gear. They are designed to kill the aquatic invasive species, Didymosphenia geminata. commonly known as Didymo. It’s less appetizing nickname, “rock snot,” captures its slimy experience and general undesirability.

“We strongly encourage anglers to make use of the wader-wash stations to clean not only waders, but any fishing equipment that has been used in other states,” said MDC Hatchery Systems Manager James Civiello. “Anglers can unknowingly spread the microscopic alga on fishing gear, waders, and especially in any porous materials on wader soles.”

Civiello said anglers can help prevent the spread of rock snot by cleaning fishing gear and waders and drying them in the sun for 48 hours when moving between waters. They also can help by replacing felt-soled waders with rubber-soled ones.

Trout parks are only one option for Show-Me State anglers. For more about the state’s extensive system of trout streams and winter trout fishing, visit www.mdc.mo.gov/7248.

MDC also maintains rainbow and brown trout populations in 120 miles of 17 streams designated as blue-, red- or white-ribbon trout waters. Lake Taneycomo has world-class trophy trout fishing, and MDC stocks trout in selected lakes and ponds in several communities around the state during the winter months. You can find details about all these trout-fishing opportunities in the Summary of Missouri Fishing Regulations, which is available wherever fishing permits are sold or at http://bit.ly/g8carJ. Information about winter trout fishing in urban areas is available at http://bit.ly/gSLEyx.

A survey conducted in 2001 showed that trout anglers spent more per day on their sport than anglers pursuing any other species. Trout anglers’ expenditures that year totaled $115,561,474.