Leaves are alternate, simple, 7–9 inches long, with a rounded base; variable in shape; with 3–5 bristle-tipped lobes, the first (lowest) pair of lobes are usually the largest and longest, often sickle-shaped, with the notch of the lobes wide and extending nearly to the midvein. Some leaves, particularly those growing in deeply shaded parts of the tree, may have the largest side lobes above the midpoint, with an unloabed tip that is no larger than the lateral lobes. Upper surface dark green, shiny; lower surface paler with light brown to grayish-white matted hairs. Leaves often droop; turn reddish-brown in fall. The 3-lobed leaves are distinctive.

Bark is grayish-black, broken into deep grooves, becoming ridged and rough-plated near the base, not scaly. Inner bark only slightly yellow.

Fruits September–October, acorns single or in pairs, brown, faintly striped, round, ½ inch long; cup covering about one-third of the nut, thin, scales flattened, with a reddish-brown dark border, hairy. Ripening in autumn of the second year.

Similar species: The cherrybark oak, or swamp Spanish oak (Q. pagoda) is closely related and has sometimes been considered a subspecies of southern red oak. In Missouri it occurs naturally only in our southeasternmost counties. Its leaves usually have 3 or 4 lobes per side, evenly spaced, with no extra smaller lobes (not 1 or 2 large lobes per side, plus up to 2 smaller lobes); also, there is no narrowly rectangular, unlobed, strap-shaped section at the leaf tip, as there is in southern red oak. The evenly spaced, symmetrical lobes of cherrybark oak look something like the silhouette of a Chinese pagoda (hence the scientific name).

Size
Height: to 90 feet.
Where To Find 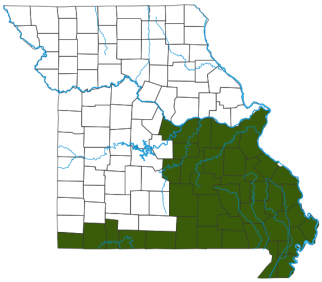 Missouri is on the northwestern edge of southern red oak range. It is scattered in southernmost Missouri, north locally to Camden and Perry counties.

Occurs in bottomland forests, mesic upland forests, savannas, sand savannas, sand prairies, margins of glades, banks of streams and rivers, oxbows, sloughs, and swamps; also roadsides. This species is native to the southeastern United States, and Missouri's southern and Bootheel counties represent one of the northwestern limits of its range.

Why is this native American tree called "Spanish" oak? Among the earliest written references using the name were from William Penn and William Byrd, in the 1600s and 1700s. It doesn't seem to resemble any oaks native to Spain. Some have posited that its leaves resemble some kind of Spanish dagger, or that its fall color is reminiscent of those on the Spanish flag; both theories seem to stretch thin. And along the Atlantic coast, Spain's American colonies did not reach much beyond today's state of Florida, so there is little overlap there with this tree's native range (which is, basically, the southeastern US, but the range does not extend south beyond north Florida). The species name, "falcata," makes more sense. It refers to the falcate lobes of the leaves. "Falcate" describes a shape like a scythe or a scimitar, like a long-tapering, sideways-curving knife, whether it's Spanish or not.

Southern red oaks stand like venerable sentinels over many of America's most deeply historical places, from Texas to Florida to New Jersey, from Mount Vernon to Yorktown, from Natchitoches to Appomattox, from Selma to Montgomery. Its lumber is useful; it makes an excellent shade tree.

Many species of birds, including woodpeckers and wild turkey, eat the acorns, and so do mice, squirrels, raccoon, and white-tailed deer.
Title
Media Gallery
Image 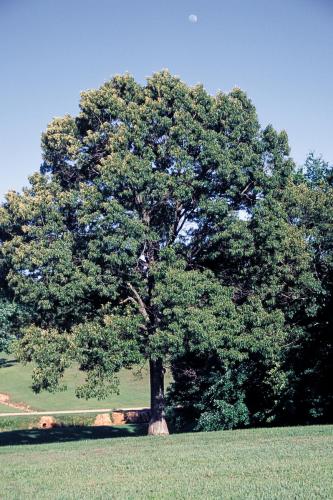 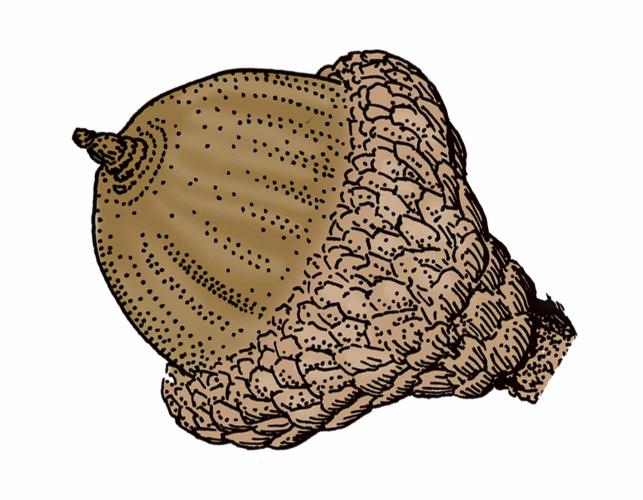 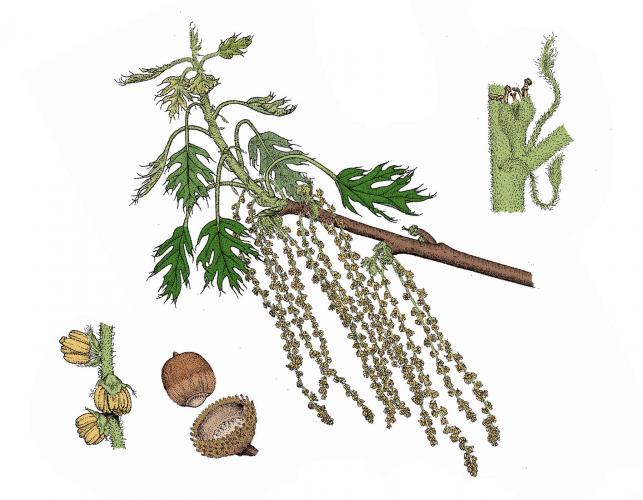 Caption
All oak flowers are similar in appearance and emerge in early spring as the new leaves are expanding. Male and female flowers appear on the same tree.
Credit
Paul Nelson
3/3
Image 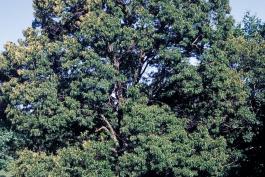 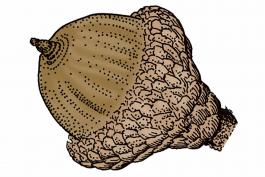 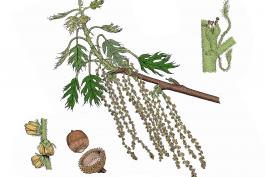 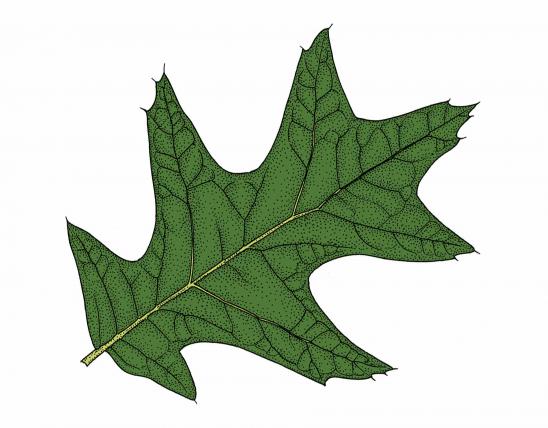 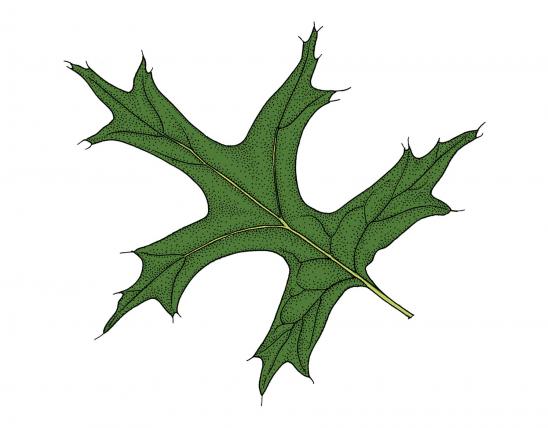 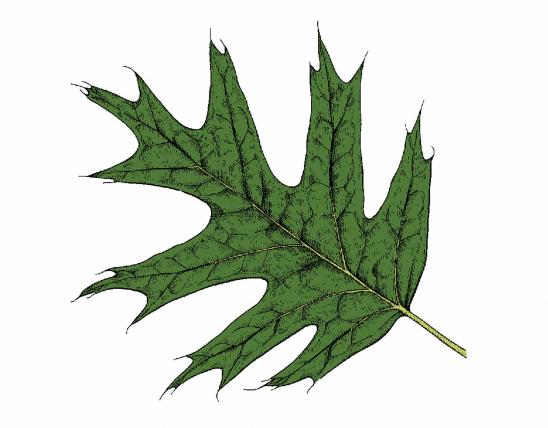 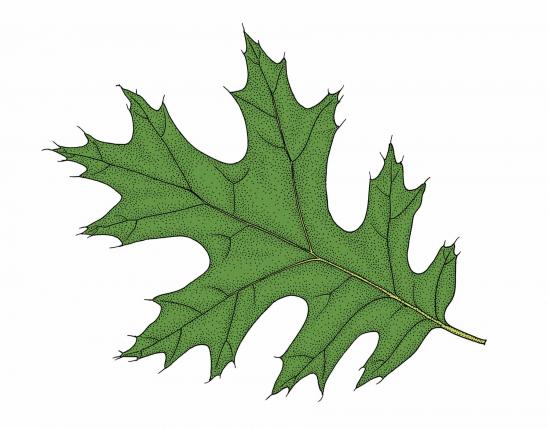 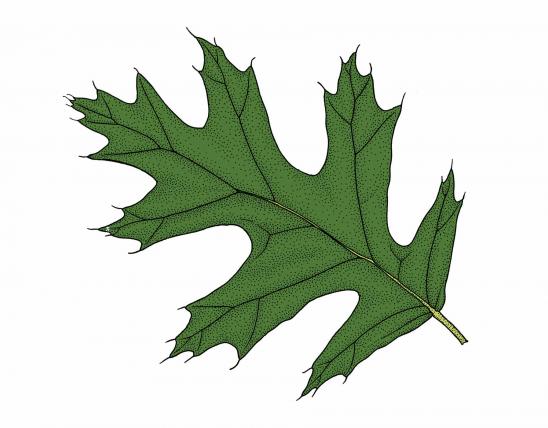 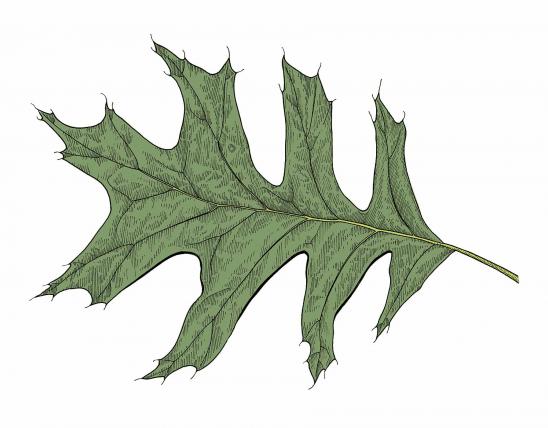 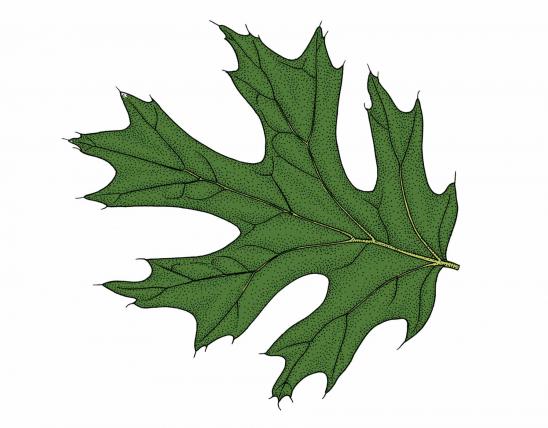 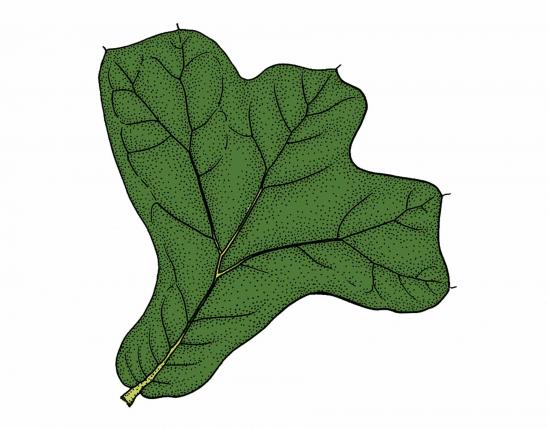 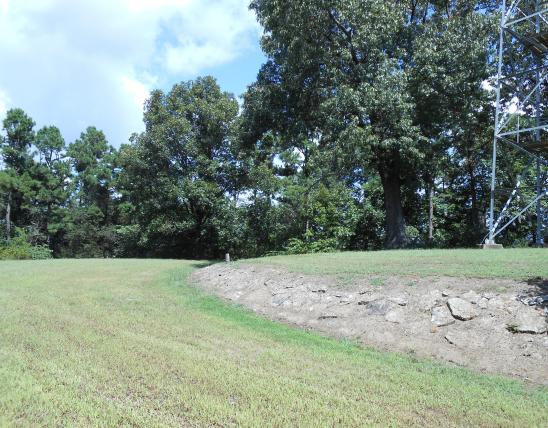 Timber Knob Towersite
About Trees, Shrubs and Woody Vines in Missouri
There are no sharp dividing lines between trees, shrubs, and woody vines, or even between woody and nonwoody plants. “Wood” is a type of tissue made of cellulose and lignin that many plants develop as they mature — whether they are “woody” or not. Trees are woody plants over 13 feet tall with a single trunk. Shrubs are less than 13 feet tall, with multiple stems. Vines require support or else sprawl over the ground.