The little brown myotis, or little brown bat, is a small bat that usually roosts in caves in groups of 20, has dark glossy brown fur on its back, and has ears 5/8 inch long or less that are narrow, naked, with bluntly rounded tips. The back fur is two-toned: blackish or dark gray at the base and brown toward the tips. The overall look of the fur on the upper surface of the bat is from yellowish brown to olive brown; the glossy tips of the hairs give it a metallic sheen. The wing and tail membranes and the ears are glossy dark brown. There are 6 species of myotises (mouse-eared bats) in Missouri, and they require close examination to be distinguished from each other. 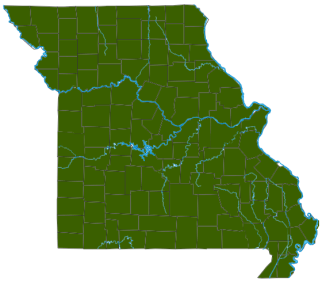 Widely distributed throughout the state but no longer common in any one place.

When feeding, they prefer borders between open areas and denser cover where flying insects are plentiful. Little brown myotises hibernate in limestone caves and mines, mostly in the Ozarks. In spring they disperse up to 620 miles. In spring and summer the females live in nursery colonies in cliff crevices and hollow trees, under loose bark, in attics, and other undisturbed retreats. Males are solitary or live in colonies up to 20 in similar protected sites, including under siding and shingles.

BATS AND COVID-19: There is no evidence that Missouri bats have COVID-19 (SARS-CoV02), the virus that is causing the human pandemic. All viruses that have been identified in U.S. bats are alphacoronaviruses, while COVID-19 is a betacoronavirus. MDC, the U.S. Fish and Wildlife Service, and the Association of Fish and Wildlife Agencies are concerned about the possibility of bats contracting the COVID-19 virus from infected humans. Until more information is available, no activities that result in the direct interaction with live wild bats or with MDC-owned caves are permitted under existing or new 2020 Wildlife Collector Permits at this time. To protect bats, people are advised to not interact with them.

Only insects are eaten, particularly winged adult forms in flight: mayflies, mosquitoes, beetles, flies, caddis flies, lacewings, stone flies, and moths. Little brown bats feed heavily, consuming half their body weight in a night. Bats use echolocation to locate and catch their prey. They emit ultrasonic cries too high for humans to hear, then listen for those sound waves to reflect from their prey's body to determine its size, position, speed, and direction.

A Species of Conservation Concern in Missouri. Once common across the state, this species has declined dramatically across the eastern part of its range, including Missouri, resulting from impacts of white-nose syndrome. No longer common in any one place; populations are declining. Relatively speaking, this is still one of the most common bats in North America, but it is one of the species most heavily affected by white-nose syndrome, particularly in northeastern states.

In this species, mating is in fall before hibernation, during winter if bats become active, and in spring after hibernation. The ovum undergoes no change during winter but in spring it is shed from the ovary and fertilization follows. Only a single young can be produced annually. Most young are born by mid-June and are weaned in about 6 weeks. Young are most vulnerable during the first few weeks of life, especially if they fall from roosting sites and cannot be retrieved by their mothers.

Bats help control insects, some of which are agricultural pests or are annoying to man (such as mosquitoes). Bats have contributed much to human knowledge through scientific studies of their echolocation, biology, and physiology. Bats are protected by both state and federal laws. Bats, one of the few kinds of mammals that people can watch, have suffered from misinformation and superstition for years.

As predators, bats help to hold insect populations in balance; also, many forms of cave-dwelling life depend on the nutrients brought in by bats and released from their guano (feces). Bats are greatly important in the natural scheme of things. Without conservation, we may lose many bat species forever. 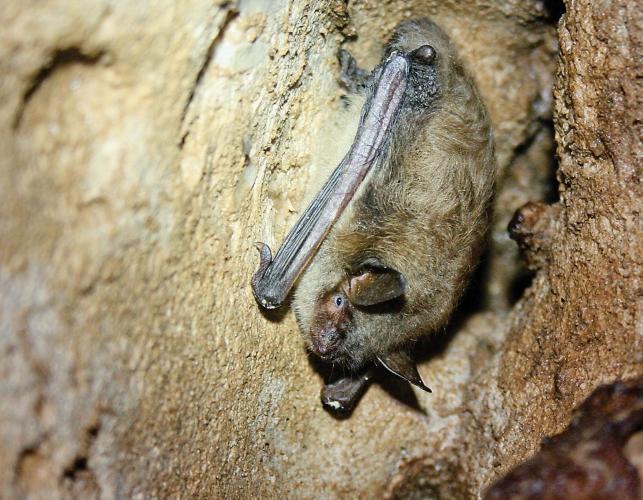 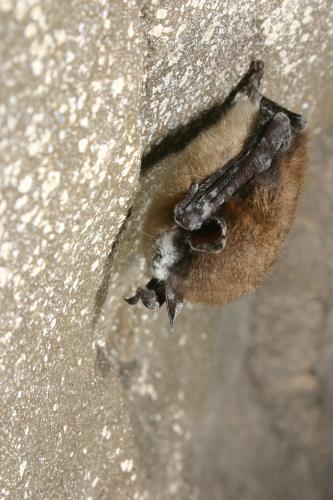 Credit
U.S.Fish and Wildlife Service
Right to Use
2/3
Image 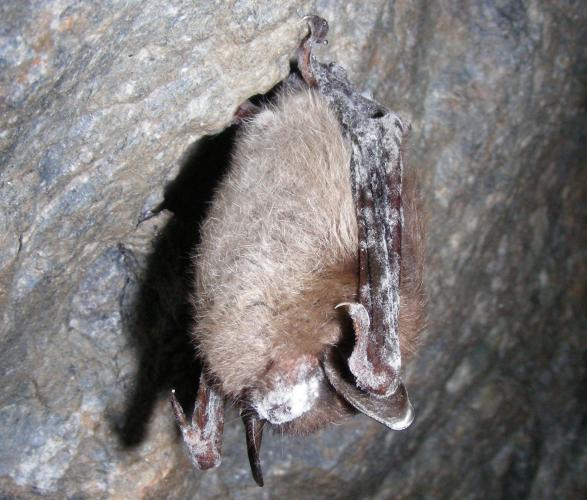 Credit
U.S. Fish and Wildlife Service
Right to Use
3/3
Image 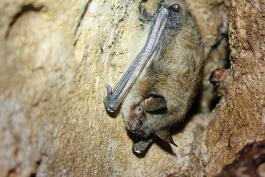 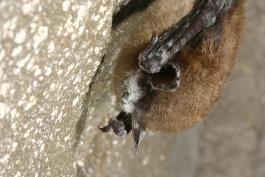 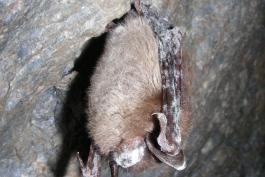