You might steal a kiss under its green branches, but in nature, mistletoe is a parasitic plant that attaches to and steals nutrients from trees. It's not a complete parasite as its leaves can convert sunshine into energy. And it's not a complete bum as its flowers, fruits, and leaves provide many benefits.

The white berries which you see around Christmas are toxic to humans and some animals, but provide food when it’s scarce for mammals like deer, elk, squirrels, and chipmunks. Chickadees, bluebirds, robins, and other birds eat the berries and spread the sticky seeds in their droppings or by wiping them off on branches. Seeds will tap into tree branches and trunks and create a pipeline drawing out water and minerals as the plant grows.

Mistletoe grows naturally in southern Missouri in clumps high up on trees. It's rare in Missouri but can be found in river valleys on sycamore, elm, river birch and oaks. It grows in tangled balls as much as five feet across. House wrens, chickadees, mourning doves, and other birds build nests in them. Squirrels will set up house there, too.

Three types of butterflies rely on mistletoe for survival. The great purple hairstreak, found in Missouri, lays its eggs on mistletoe and the young eat the leaves. Adults feed on the nectar, as do some native bees.

Mistletoe has been used as a folk remedy for centuries and is currently being studied for cancer treatment. The oak mistletoe, our most common, was once believed to extinguish fire. This comes from an earlier belief that a flash of lightning brought mistletoe to trees.

Mistletoe can overtake and kill some trees and flowering shrubs. The dead trees will also provide nesting homes for birds and wildlife. Mistletoe is a beneficial parasite that feeds and shelters wildlife and fills our homes with greenery and joy during the holidays. 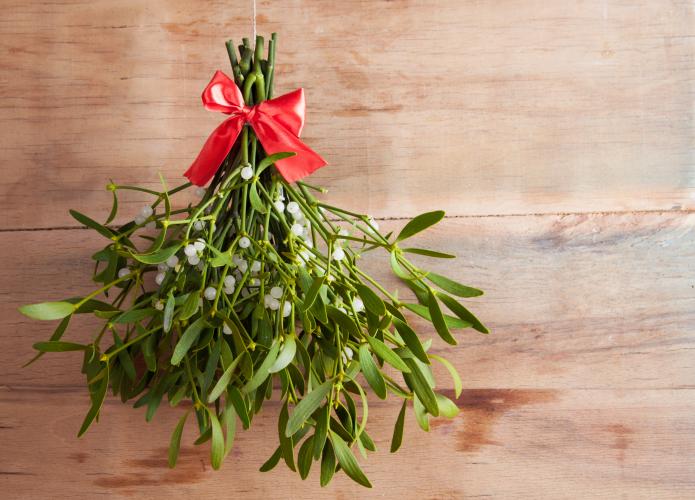 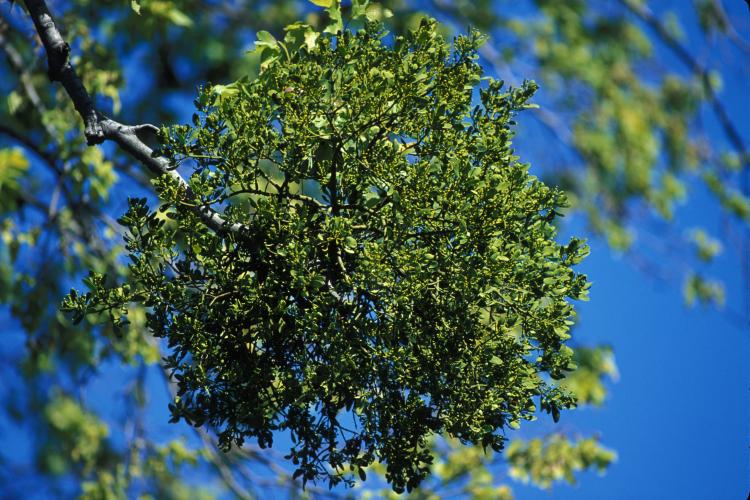