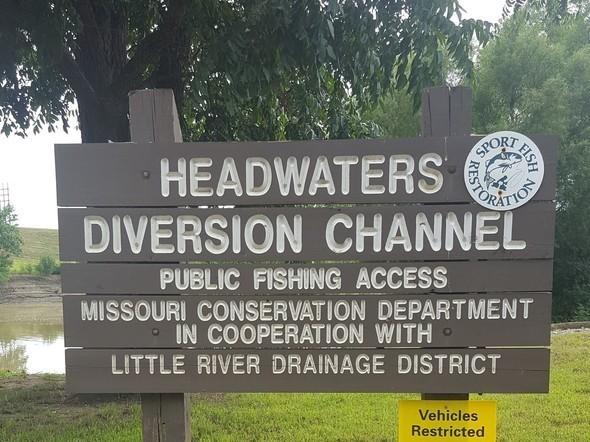 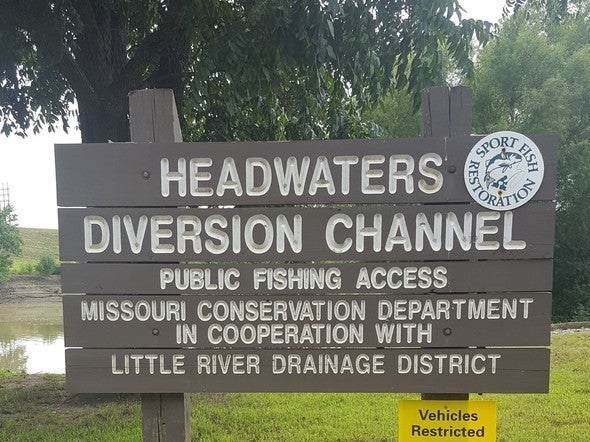 CAPE GIRARDEAU, Mo. – The Missouri Department of Conservation (MDC) cautions the public that construction continues at Headwaters Access, located off S. Kingshighway in Cape Girardeau. The access remains closed to public use until construction is complete. Anglers and other area users are advised to seek alternative locations until this project is complete. Access and fishing locations can be found using the MoFishing mobile app or at www.mdc.mo.gov/fishing.

Construction that began in September of 2018 stalled with the record flooding the area endured in 2019 and again with this year’s rising river levels. Remaining construction includes the rock and concrete boat ramp, the rip rap along the bank slopes and an area of concrete roadway above the boat ramp that will be poured after the ramp is constructed.

To construct the boat ramp, the contractor forms a ramp in the water using rocks. The ramp must extend far enough into the water to enable boat launches even when the water levels are low.  After the base of rock is in place, a concrete slab is formed, poured and cured on the banks and then pushed into the water using large equipment. Then the upper portions of the concrete are poured in place. This work requires river levels to be low enough for the contractor to have adequate access for construction. Work is anticipated to be completed in August or September, if this year’s flooding stays minimal.

Once the push in slab is in place, the contractor anticipates a necessary seven to ten working days to complete the remainder of the project.

“Hopefully the spring floods won't be as bad as last year and we have low water levels to resume construction,” he said.

Once construction is complete, the area will have an expanded parking lot with 33 parking spaces and easier traffic flow design for pulling boats in and out of the area. MDC leases Headwaters Access from the Little River Drainage District (LRDD) with the purpose of providing fishing and recreational access to the Castor River Diversion Channel, which connects to the Mississippi River.

The LRDD approved the addition of the access in 1967 and the original ramp construction occurred in 1969, with the most recent repairs occurring in 2007. Current repairs were needed due to past high-water events which caused structural damages to the ramp. The new ramp will be positioned with a downstream angle, reducing maintenance needs.

“The new design will reduce bank erosion and maintenance while increasing the parking area and improving ease of public access to the Diversion Channel,” said Ronnie Thurston, MDC’s Design and Development regional supervisor.

For alternative fishing and river opportunities, visit https://mdc.mo.gov/fishing or use the MOFishing mobile app.