Bowhunters of Missouri choose MDC's Henry as Agent of the Year 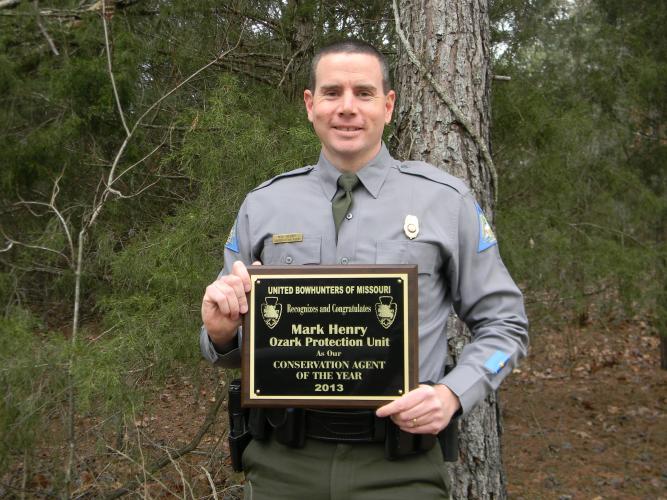 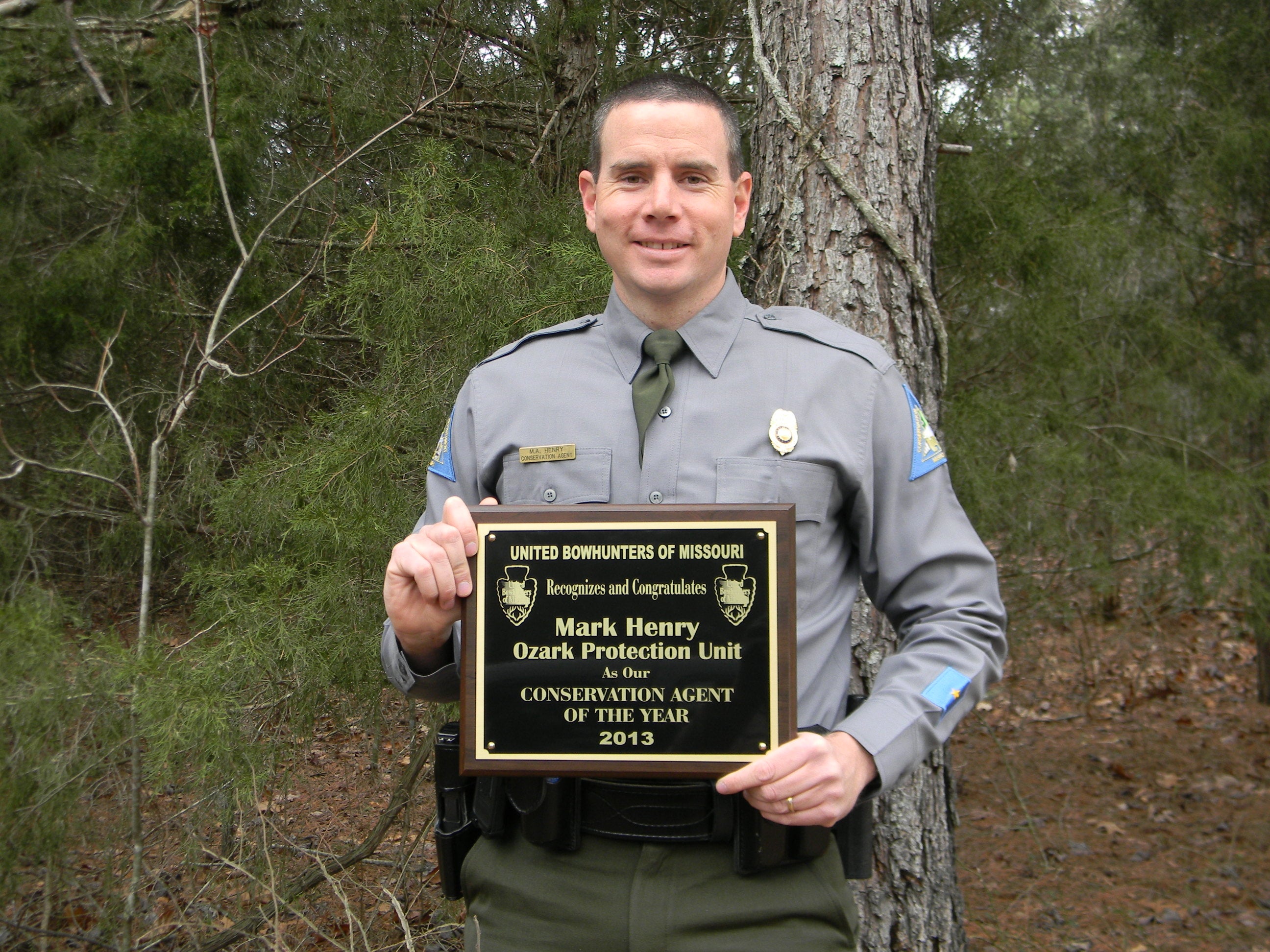 “Without a doubt, he had an outstanding archery season with many exceptional wildlife violation cases,” Cravens said.

Henry is an avid archery hunter and enjoys sharing his archery knowledge with the public. Henry was a pivotal member in the formation of the City of Ava’s first Mother/Son Outdoor Adventure event. He helped organize the seventh annual National Wild Turkey Federation Jakes event in Douglas County with an emphasis on a youth archery station. He assisted Ava school administration in setting up the Missouri National Archery in the Schools Program (MONASP) at the Ava Middle School. He worked at the popular “Hootin’ and Hollerin” archery event in Ozark County, and conducted archery programs for events that reached those who might not otherwise be introduced to the sport of archery. Henry spent valuable hours this year in his local schools teaching youth the importance of firearms and archery techniques and safety, Cravens said.

According to Cravens, Henry’s resourceful law enforcement and effective balance of program responsibilities contributed to his selection of this honor.

Agent Henry’s home town is Fordland, Mo. He earned a degree in Animal Science from College of the Ozarks and joined the Department of Conservation in 2002. He held jobs with Wildlife and Forestry Divisions prior to being accepted into the conservation agent training class in 2005. After six months of intensive training, Henry was assigned to Douglas County.

For more information about conservation agent jobs in Missouri, go online to mdc.mo.gov.