While on the holiday road, look for these roadside dive-bombers. American kestrels are blue-jay sized birds of prey found throughout the state. Kestrels, formerly known as sparrow hawks, may be North America's smallest falcon, but are fierce predators, streamlined for speed and agility.

Look for kestrels perched on wires, fences or highway signs in open areas. They will often pump their tails to balance. Kestrels stand out from other raptors by their colors. They have a reddish-brown back and tail, two dark bars like sideburns on their face and blue wings. They look pale when watching them from below. Look for their long, square-tipped tail and swept-back wingtips in flight.

Their hunting style is must-see nature. Kestrels will hover in mid-air--wings beating furiously--then dive-bomb toward the ground for a meal.

Any small animal is fair game for kestrels, which hunt small birds, rodents, insects, and reptiles. In warmer months they’ll go for grasshoppers.

Look for these dive-bombers on your next roadtrip. St. Louis and Kansas City have several nesting pairs. Or help them out by building a nest box to attract a pair to an open area near you and watch them raise their families. The video below shows how to easily build a nestbox for kestrels, owls and others. 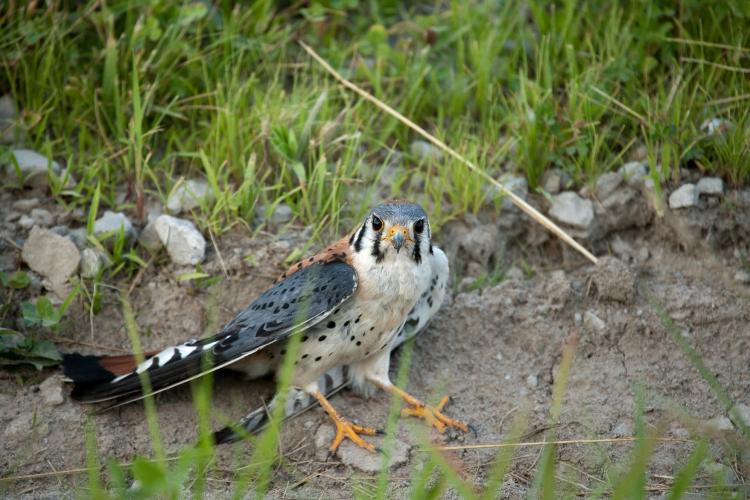 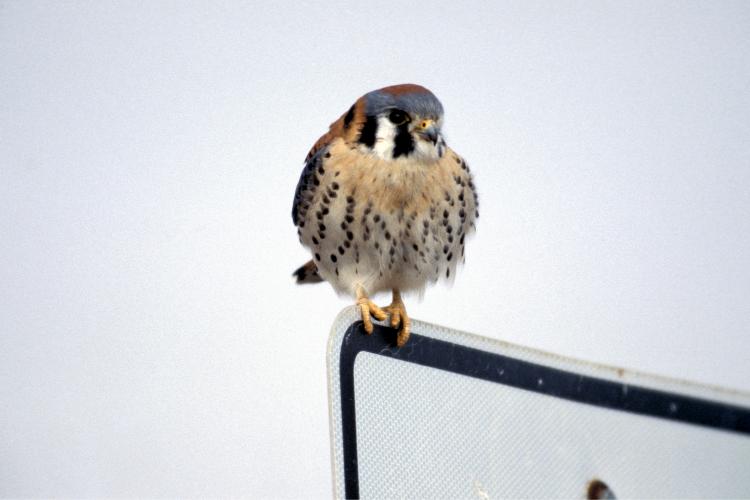