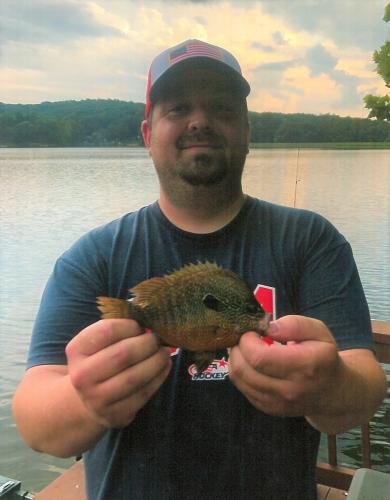 Caption
Robert Audrain III of St. Louis is the latest record-holder of 2020 after catching a 4-ounce longear sunfish July 3 off a private lake in Franklin County.
Right to Use
1/1
Image 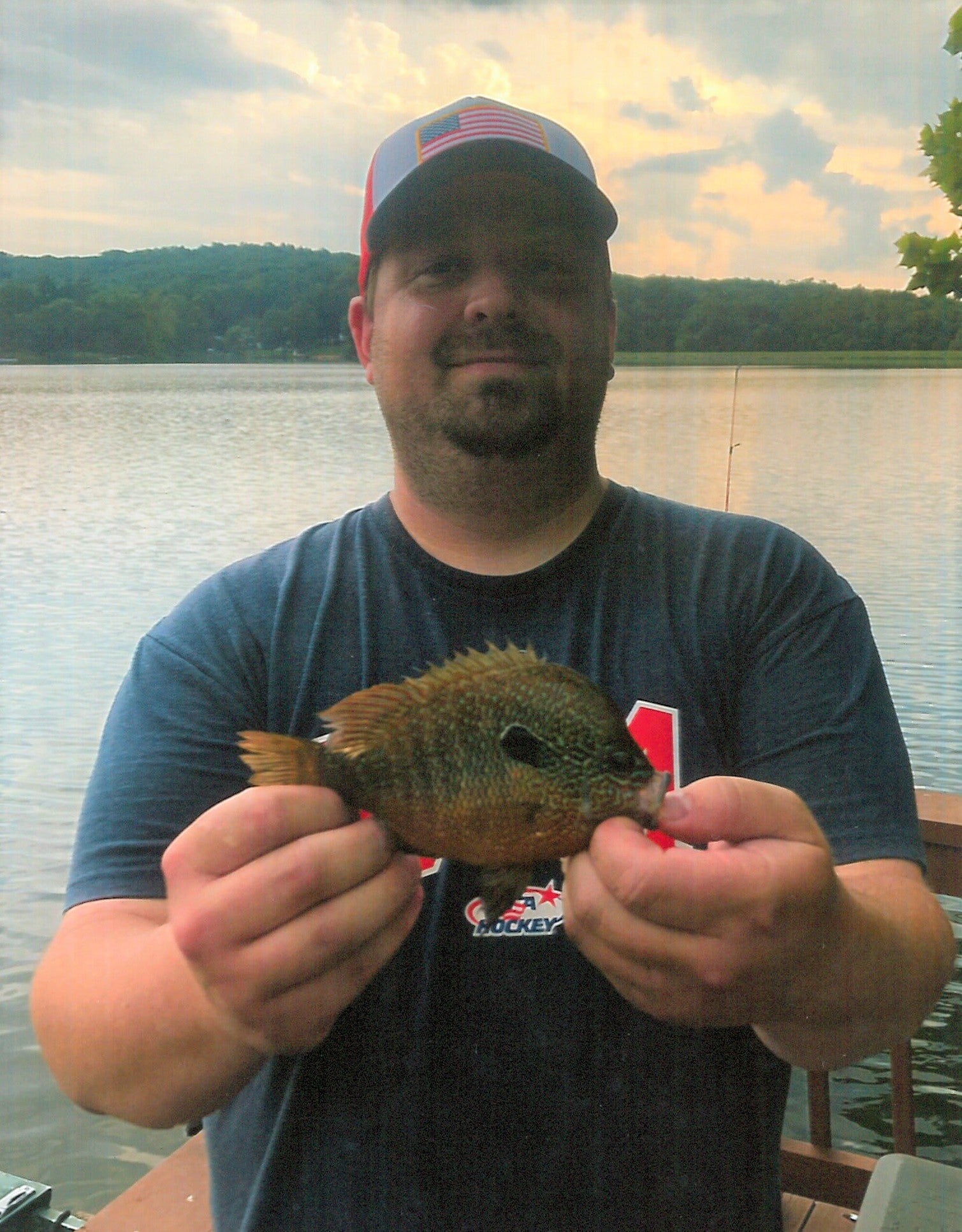 Is user submitted
Caption
Robert Audrain III of St. Louis is the latest record-holder of 2020 after catching a 4-ounce longear sunfish July 3 off a private lake in Franklin County.
Right to Use
News from the region
Statewide
By
Jill Pritchard
Published Date
07/22/2020
Body

“I was fishing off my father-in-law’s dock at a private lake a little south of Eureka,” Audrain said. “I was with my 12-year-old son and we knew there was some good-sized sunfish in the lake. I was using my handline and it was the first line I threw in when we caught the fish.”

The sunfish was weighed on a certified scale at MDC’s St. Louis Regional Office. It’s the 8th state-record fish recorded for 2020.

“It’s funny because most of my friends thought it was a joke,” laughed Audrain. “Because of the fish’s size, they really didn’t think that it was a record.”

The previous record was a 3-ounce fish caught in 1993 in Lick Log Creek.

As for his new record, Audrain said he plans to mount the sunfish.

“My buddy’s father is a taxidermist, and I think I’m going to have him mount it,” he said. “But I think my son and I are going to try for another record. We’re pretty sure there’s a bigger fish in that lake. I think it’d be cool for him to beat my record!”