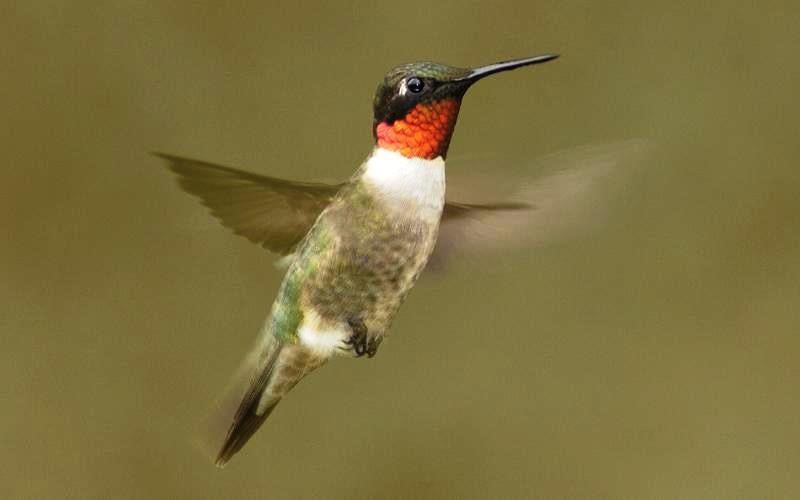 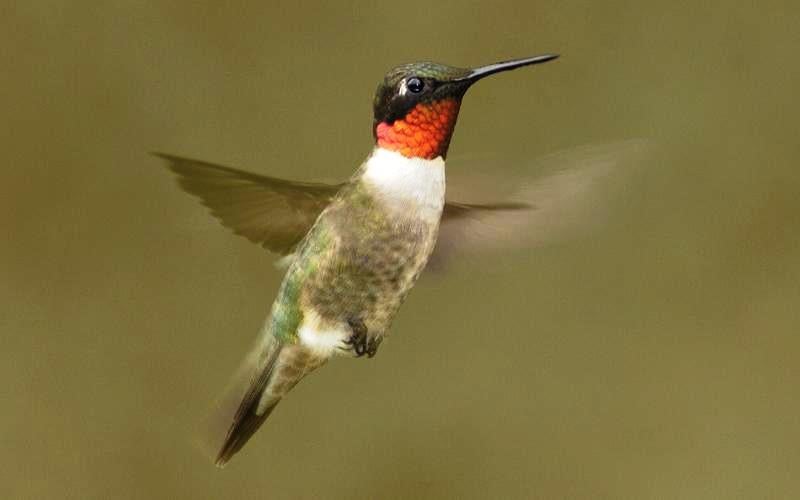 JEFFERSON CITY, Mo. – The Missouri Department of Conservation (MDC) encourages people to discover nature this spring by learning about the ruby-throated hummingbird. Missourians will begin seeing these hummingbirds in April as the tiny long-distance fliers return to the state as part of their spring migration from Mexico and Central America.

“Hummingbirds will be arriving soon and a few have already been spotted in southern Missouri,” said MDC State Ornithologist Sarah Kendrick. “It’s time to put out feeders! Their numbers will increase throughout the month of April.”

Kendrick noted hummingbirds.net is a fun and useful website to see when and where hummingbirds are migrating. The ruby-throated hummingbird migration map shows locations where the birds have already been spotted this year as they migrate northward into the U.S. and Canada. The website allows visitors to help out by submitting dates and exact locations of hummingbird sightings.

Just like most birds, hummingbirds typically migrate south in early fall and migrate back north in the spring.

“Hummingbirds arrive in Missouri in April and May to nest and raise their young. They then make their fall southward migration in mid-August with most leaving by early October,” Kendrick said. “A few birds overwinter in extreme southern coastal states, but most overwinter from southern Mexico to Costa Rica. During migration, these tiny birds fly nonstop for 600 miles from the Gulf Coast of the U.S. to the Yucatan Peninsula over the Gulf of Mexico and then back on their return trips. They often lose half their body weight during this 24-hour flight.”

Early spring arrivals rely on sap oozing from sapsucker-drilled holes and insects for food. With warmer weather, they soon switch to eating nectar from many different kinds of flowers later in spring. This gives them energy needed to catch insects all day long to feed their young.

Hummingbirds are more than just a delight to watch zipping around at your feeder, they also play a very important part in our ecosystem.

“Hummingbirds are important pollinators for many plants that require a long-billed pollinator,” Kendrick said. “And because of their small size, hummingbirds can end up as food for predators such as large insects, spiders, other birds, and frogs.”

Hummingbirds are found across Missouri throughout the summer and can be seen around nectar feeders outside homes and in parks and gardens. Hummingbirds nest in wooded areas on small tree branches 10-20 feet up, and are frequently observed near forests and streams. Learn more about the ruby-throated hummingbird, including images and a video, at MDC’s online Field Guide at nature.mdc.mo.gov/discover-nature/field-guide/ruby-throated-hummingbird.