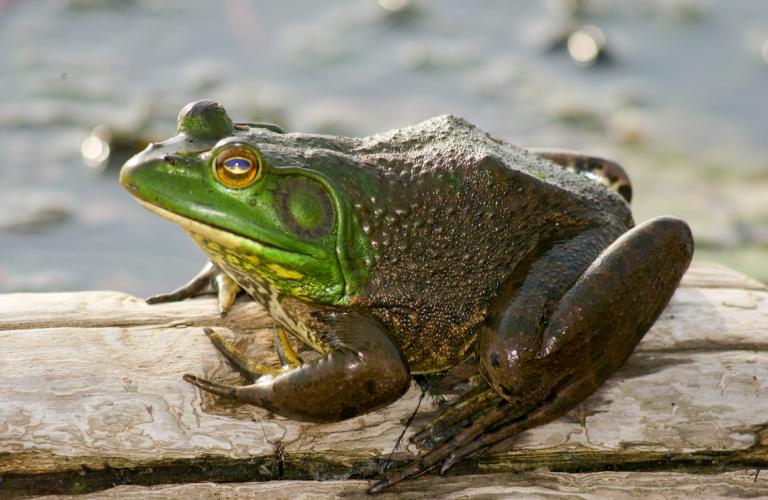 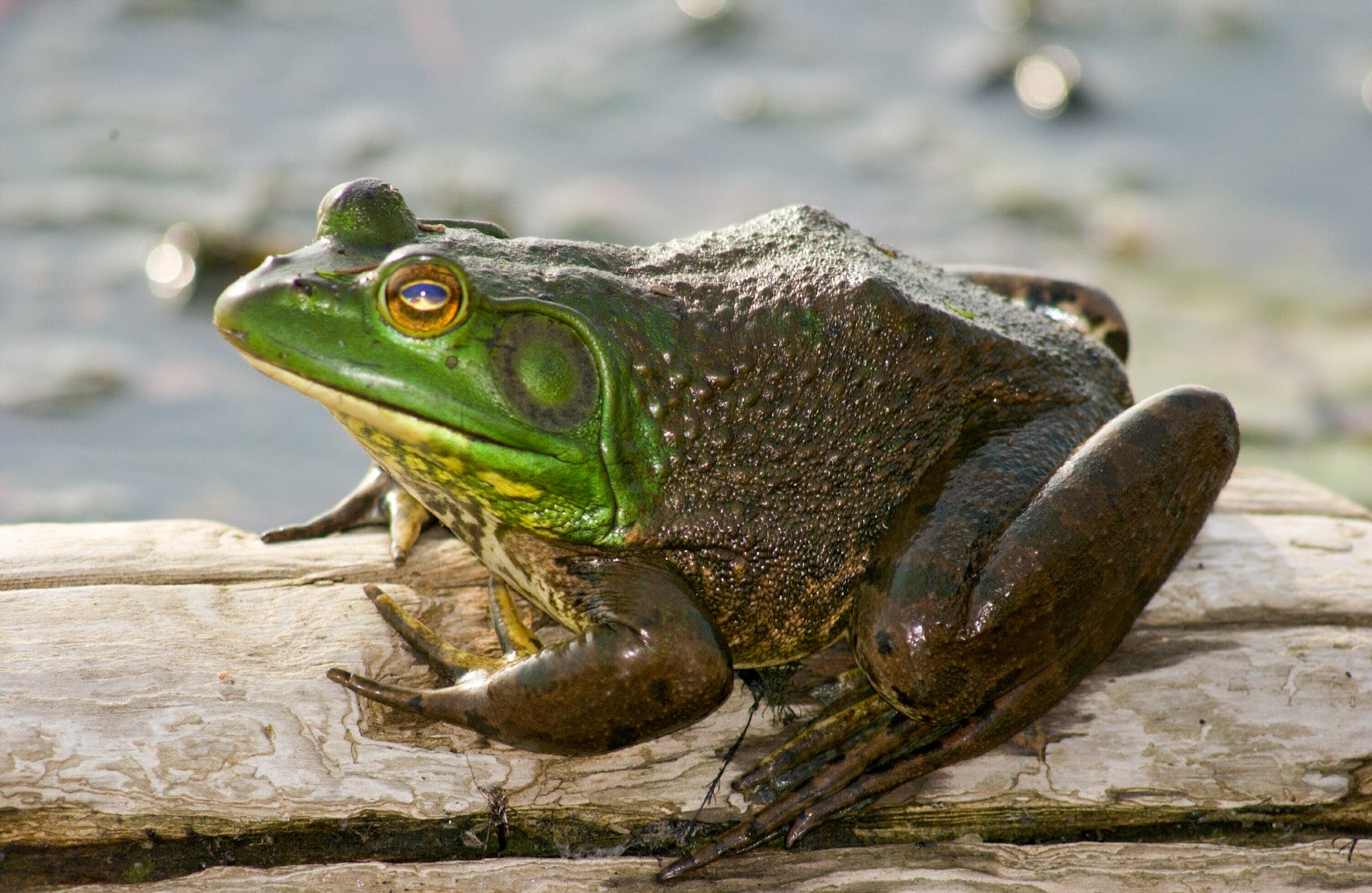 Frogging can be practiced with either a fishing permit or a hunting permit. The Wildlife Code of Missouri allows those with a fishing permit to take frogs by hand net, gig, trotline, throw line, limb line, bank line, jug line, snagging, snaring, grabbing or pole and line.

With a hunting permit, you can harvest frogs using a .22-caliber firearm, pellet gun, atlatl, by hand or hand net and with a longbow or crossbow. The use of an artificial light is permitted when frogging. Children under the age of 16 and adults over the age of 65 are not required to have a permit.

Missouri has two species—bullfrog and green frog—that are legal game. Bullfrogs are larger and therefore more sought-after, but the legs of both species are delicious. The taste and texture of frog meat is similar to fresh-water fish.

The daily limit is eight frogs of both species combined. If you catch eight frogs before midnight, you can start frogging again at 12:01 a.m. and catch another day’s limit. However, it is not legal to possess more than one day’s limit while on the water, so you must put your first limit in a cooler before starting on the second day’s limit. The possession limit allows you to store no more than 16 frogs at a time.

Once a frog is speared, it must be harvested. The Wildlife Code of Missouri prohibits release of a speared frog as “wanton waste” because the animal is not likely to recover. However, a frog is not fatally injured by methods such as grabbing or pole and line and thus may be released.