From anomaly to a normality — that’s the journey black bears have traveled in many parts of southern Missouri.

Evidence shows black bear numbers are growing and range is expanding in the state, which provides proof that Ursus americanus is becoming firmly established in Missouri. A growing bear population in 21st-century Missouri provides both charm and challenge for the state’s residents. It’s all part of living in bear country and becoming bear aware.

“The black bear population is growing rapidly and expanding into new areas,” said Laura Conlee, an animal resource scientist for the Missouri Department of Conservation and the state’s bear biologist. “Right now, our bears are choosy and select highquality forested habitat, but we know they are adaptable and capable of using more marginal areas, which can bring them closer to human habitation.”

To be clear, there are still many people who have not seen a bear in Missouri’s outdoors. Biologists estimated the state’s bear population in 2019 was around 700 bears statewide, with a statewide minimum estimated population of around 540 bears and a maximum estimated population of around 840 bears. Bears occur at a low density throughout a good portion of their range. However, research shows Missouri’s bear population is growing at a rate of about 9 percent per year, which means it could double in a decade.

Along with the scientific data, there’s also plenty of citizen science information about Missouri’s bear population in the form of the number of bear sightings — a number that has steadily increased in the past decade. These sightings include accounts of bears being seen in both rural and urban areas.

The Science of Bears

These and other sightings support the notion that Missouri’s black bear population is growing and expanding its range. This anecdotal evidence is backed by a decade of scientific bear research conducted by MDC biologists with the assistance of researchers from several universities.

“Each member of the bear research team brings a different skillset to the table, which has resulted in an exceptional study that will be used to inform management decisions related to bears over the next decade,” Conlee said.

Each year, biologists put GPS collars on female bears to monitor annual survival and track them to winter dens to study reproductive success, litter sex ratios, and cub survival — all of which are important factors that influence bear population growth. MDC staff and research cooperators have determined that Missouri’s female bears give birth to an average of two cubs, about 60 percent of females reproduce each year, and about 70 percent of male cubs and 90 percent of female cubs survive to age 1. Additionally, adult female bears have high annual survival rates. GPS collars are also used to monitor home ranges, habitat use and connectivity, and the impacts of habitat on how the population is expanding in the state. All of the data collected has been used to study the growth of the bear population and how bears use Missouri’s landscape.

“From an ecology perspective, one of the most exciting aspects of studying black bears in Missouri has been the rare opportunity to understand how a large carnivore can reoccupy its former range. Recovery of black bears in Missouri is an important conservation success,” said Dr. Jerry Belant, Camp Fire Conservation Fund Professor at the State University of New York College of Environmental Science and Forestry (SUNY ESF), who directs an interdisciplinary team that researches wildlife issues.

Belant has assisted MDC in its bear studies and has also worked on bear research projects in other states. “From a bear perspective, much of Missouri, particularly southern Missouri, is amazing habitat for black bears.” he continued. “Though bears overall certainly select for broad habitat features such as forests, their ability to occupy diverse areas of Missouri is remarkable.”

As research and citizen sightings indicate, it doesn’t always require perfect habitat conditions for a bear to appear. Bears can adapt, and as the population grows, bears may be more likely to use marginal habitats, such as forests that are fragmented by agriculture or residential areas. Missouri already has bears that venture into residential areas in search of food and dispersing bears that wander into areas outside of typical bear range.

“We can think of the bear sightings we’re seeing now ‘outside of the normal range’ as sort of preliminary forays by males into these areas, which will likely be accompanied, down the line, by reproductive females as the population establishes itself in new places”, said Dr. Melanie Boudreau, a research scientist with Mississippi State University, who has been working on Missouri’s bear project, including analyzing black bear habitat use and human-bear conflict data.

“Missouri is an area of range expansion for bears,” said Dr. Mariela Gantchoff, a research scientist from SUNY ESF who works with Dr. Belant on Missouri’s bear study. “That means there are bears who are established, mostly in southern Missouri, but there are also bears — particularly young bears — that are performing large-scale movements throughout the landscape looking for places to live. In those excursions, sometimes they run into urban-suburban areas.”

“Use science-based methods to manage a self-sustaining population of black bears, a native species, while minimizing human-bear conflict, increasing bear awareness, and providing recreational opportunities for all Missourians.” As this statement indicates, Missouri’s bear data isn’t being used solely to learn how bears are doing in the state. It’s also meant to provide a framework for how bears and humans can cope with each other. For example, using data from these studies, researchers have been able to combine human-bear conflict reports with bear habitat use data to help understand which communities may be at an increased likelihood of experiencing human-bear conflicts as the bear population grows, which can help MDC prioritize community bear-related outreach efforts.

The population model that was developed as part of this study will be used to understand the impacts of harvest on population growth and to aid in the development of future permit and harvest quota recommendations. Bear habitatuse and connectivity information can be used to help inform habitat management practices or to help conserve important habitat linkages.

Adding to MDC’s body of research on bears, MDC is undergoing a human dimension survey of residents through the survey firm Responsive Management. The purpose of this survey is to get a detailed understanding of Missourians’ knowledge, opinions, tolerances, and views on bears. This, in turn, would provide MDC with information to consider aspects, such as social carrying capacity (the number of bears Missourians will tolerate on the landscape), tolerance levels for nuisance activity, options for sharing black bear educational information, and opinions on harvest methodologies when making management decisions.

A History of Bears in Missouri

Before talking further about where Missouri’s black bear population is going, it would be appropriate to talk about where it’s been.

When the first settlers came to Missouri, black bears (the only species of bear found in Missouri) ranged across most of the state. As Missouri became settled, the state’s black bear population dwindled. By the end of the 19th century, unregulated hunting had reduced Missouri’s bear population to a small number found only in remote parts of the state. By the mid- 1900s, it was presumed black bears had completely disappeared from the state.

But the black bear’s story in Missouri wasn’t finished. Beginning in 1958 and continuing into the 1960s, the Arkansas Game and Fish Commission trapped more than 200 bears in Minnesota and Manitoba, Canada, and relocated them to Arkansas to bolster the small population still thought to be roaming the state. This population took hold and wandering bears from Arkansas eventually began appearing in Missouri. It is thought most of the bears seen in Missouri today are the result of Arkansas’ reintroduction program, although genetic evidence collected in bear studies in Missouri suggest a small, remnant population may have held on in the remote parts of this state.

In fact, because of sound management and conservation practices, bear populations have expanded from low points in the early-mid 1900s in many areas of the U.S. Missouri’s bear population remains part of a much larger bear population that occurs in Missouri, Arkansas, and Oklahoma.

Regardless of their heritage, there’s no doubt that bears are part of Missouri’s outdoors landscape today. As they roam across the landscape searching for food, mates, and homes, their journeys sometimes cross paths with humans. Seeing a bear on a hiking or hunting trip usually doesn’t pose much of a problem — there’s enough space for you to avoid it and it to avoid you. However, when a curious bear starts to explore around your home, that’s where problems can begin.

“As black bear and human populations increase across the state, so will black bear-human conflicts,” Belant said. “Education about black bears and how to reduce the risk of conflict is key to ensuring we can live with this large Missouri native wildlife species.”

Most problems people have with bears come when bears raid garbage cans, bird feeders, campgrounds, or other areas where humans have provided material (bird feed, garbage in an unsecured trash can, pet food, cattle feed, etc.) that can be food for bears. The trouble is compounded when bears are purposely fed by people. If a bear visits an area and is rewarded with food, it is almost certain to return. On these return trips, bears can cause substantial damage to buildings, trailers, vehicles, and any other structure that gets in their way of finding food. Thus, if a bear is finding food at a home, the homeowner should figure out if there’s a way that food source can be eliminated or bear-proofed. Bears should never be purposely fed. “If people can look at their yard and say to themselves ‘I should remove that bird feeder now before a bear finds it,’ we are in a much better place than if someone calls and wonders why they just saw a bear walk off with their bird feeder,” said Conlee.

As Conlee points out, the challenge bears present to Missouri’s landowners is the offshoot of a good thing — it means that bears have returned to Missouri and should be considered a significant conservation success. And, while the comeback of bears in the Show-Me State comes with challenges, there are also solutions.

“In Missouri, people should be very proud — they have conserved large tracts of forests within our beautiful state, making space for wildlife for this and future generations to enjoy,” she said. “As such, there is a lot of prime habitat for bears to use, which has facilitated population recovery. While this also means there will be more bears around to potentially go into human spaces, MDC can work with the public to minimize negative bear interactions and ensure that humans and bears can share this great state for generations to come.” 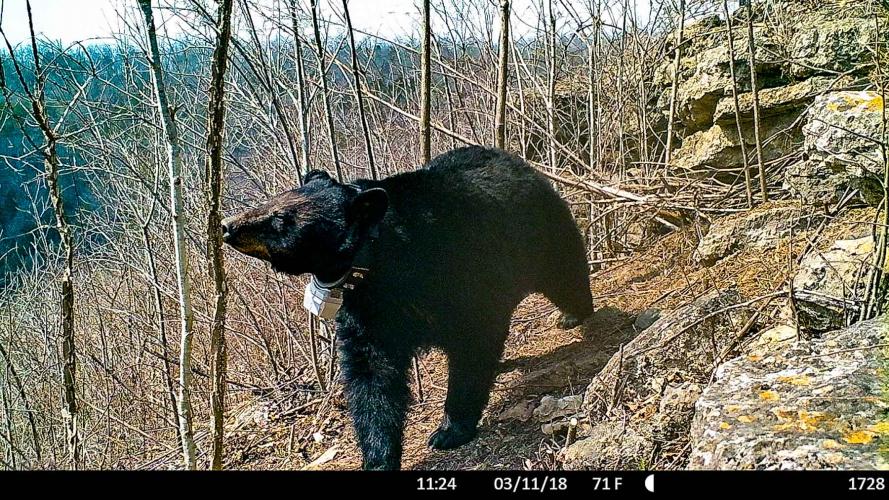 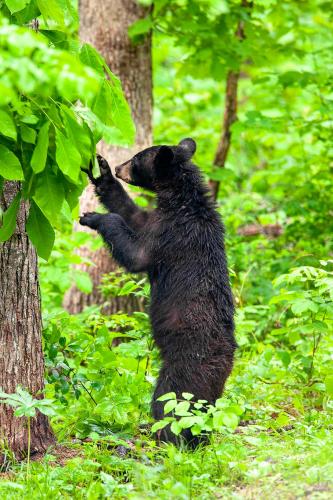 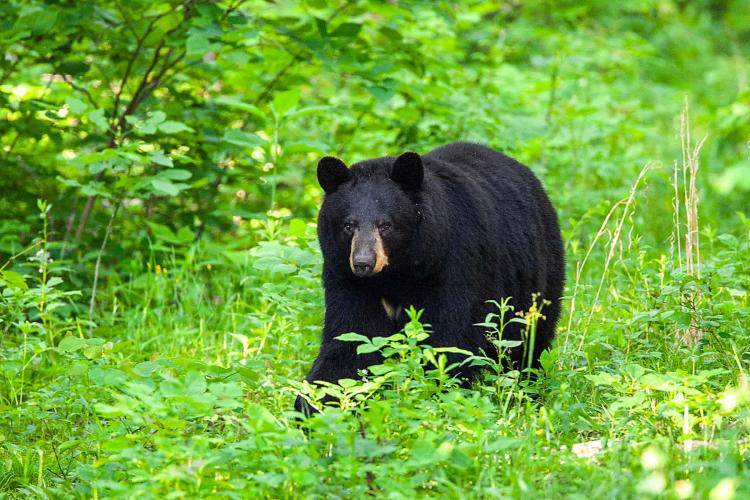 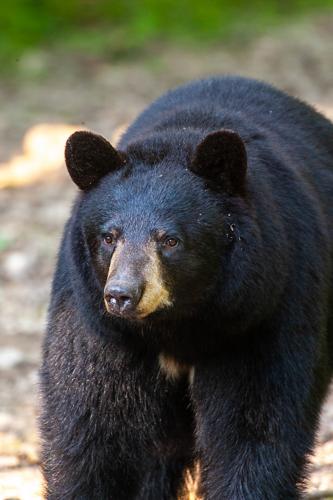 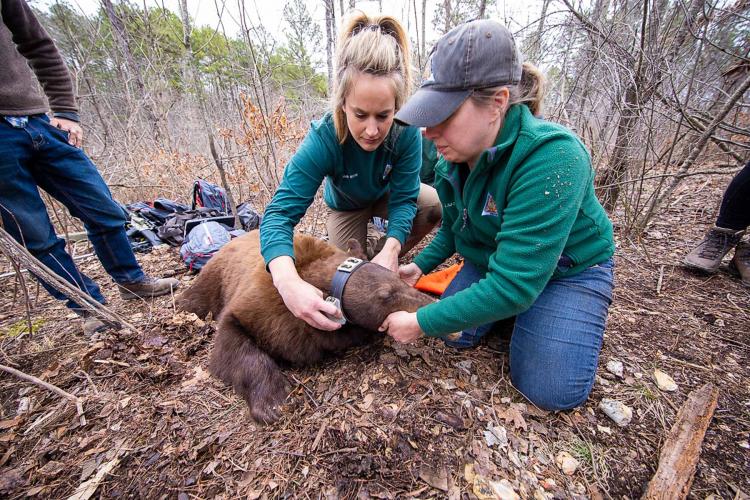 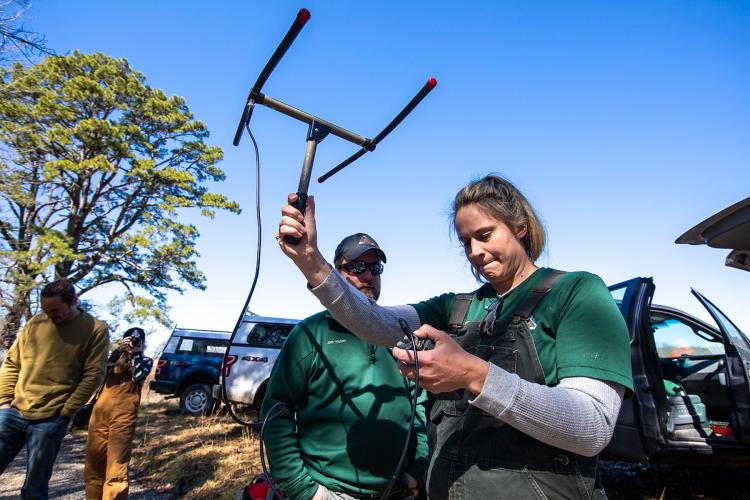 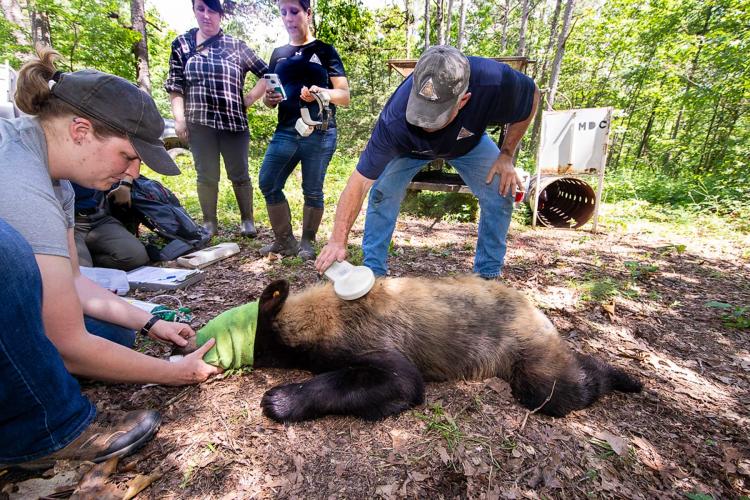 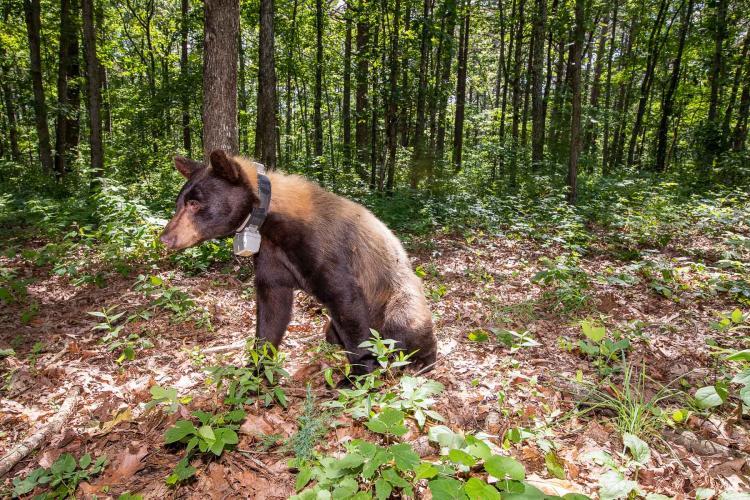 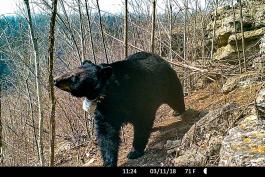 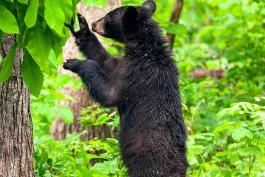 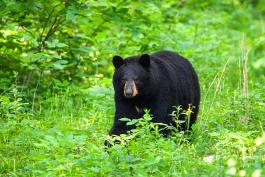 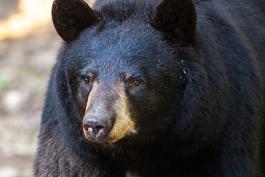 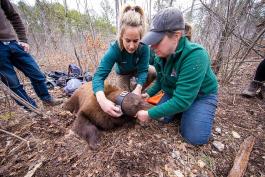 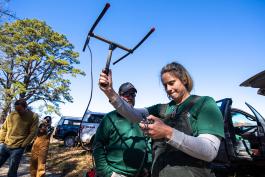 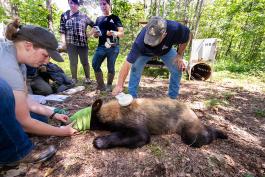 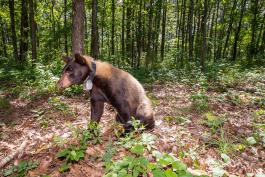