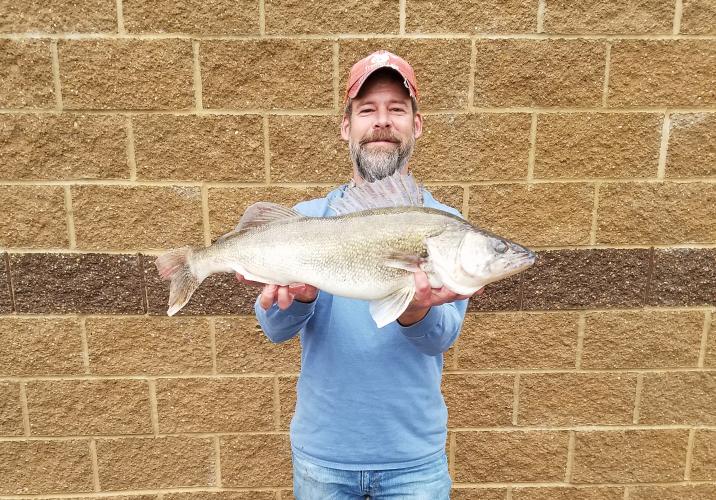 Caption
Congratulations to Jason Reynolds on breaking the state record by catching a 6-pound, 14-ounce walleye on a jug line.
Right to Use
1/1
Image 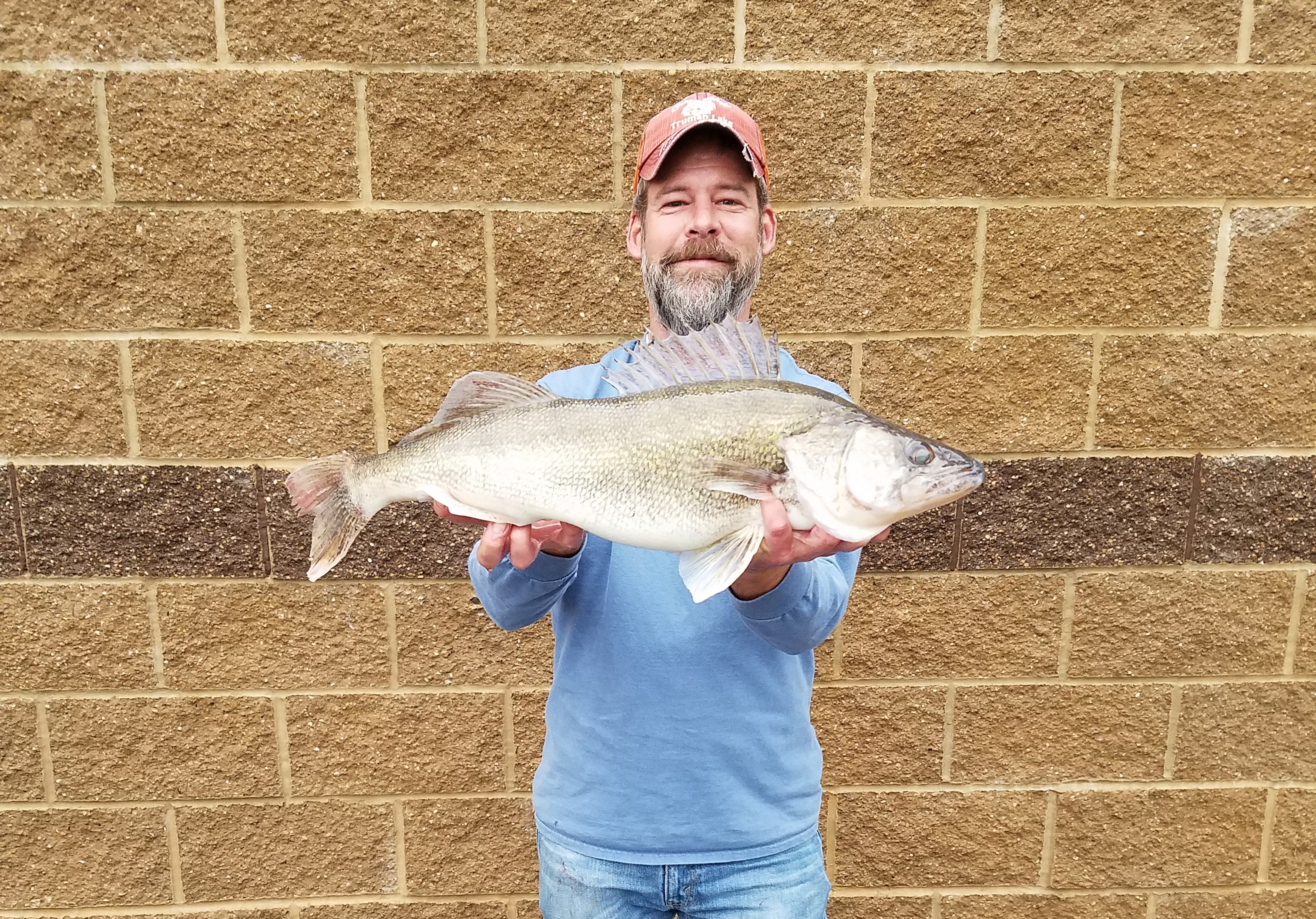 Is user submitted
Caption
Congratulations to Jason Reynolds on breaking the state record by catching a 6-pound, 14-ounce walleye on a jug line.
Right to Use
News from the region
Statewide
By
Lucas Bond
Published Date
11/27/2018
Body

“I first thought I caught a carp, but when I got the fish in the boat I realized I had caught a walleye,” Reynolds said. “I was in shock that I caught a large walleye.”

Reynolds was using bluegill for bait and trying to catch blue catfish when he caught the new state-record walleye.

Reynolds said he didn’t know the walleye was a state record until he checked MDC’s website when he got back to Osage Bluff Marine.

“I didn’t know I caught a state-record walleye until after I checked MDC’s website,” he said. “After I weighed my walleye and saw that I beat the record, I was super excited. It’s just so hard to believe I now hold two state records.”

“Lighting does strike twice in the same place,” he said. “I caught the walleye about hundred yards away from where I caught the spotted bass. It’s really unbelievable!”

MDC staff verified the walleye’s weight on a certified scale at Lost Valley Hatchery in Warsaw. This is the seventh state-record fish of 2018.