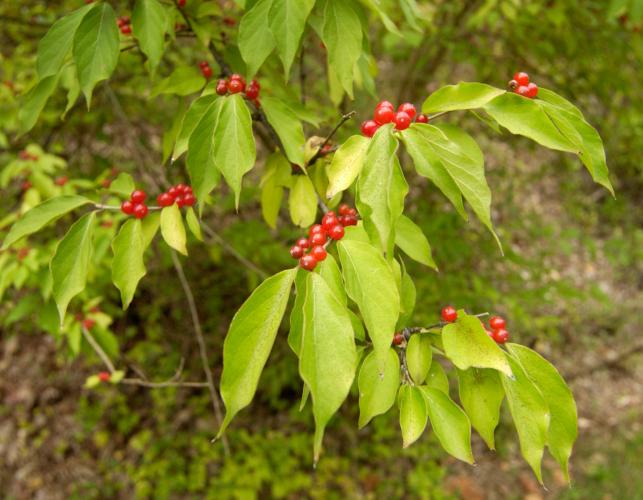 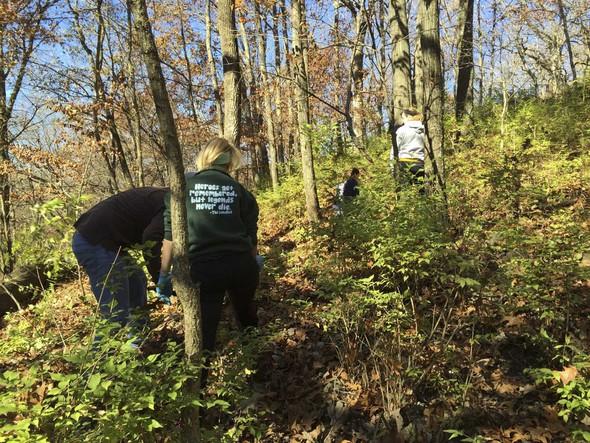 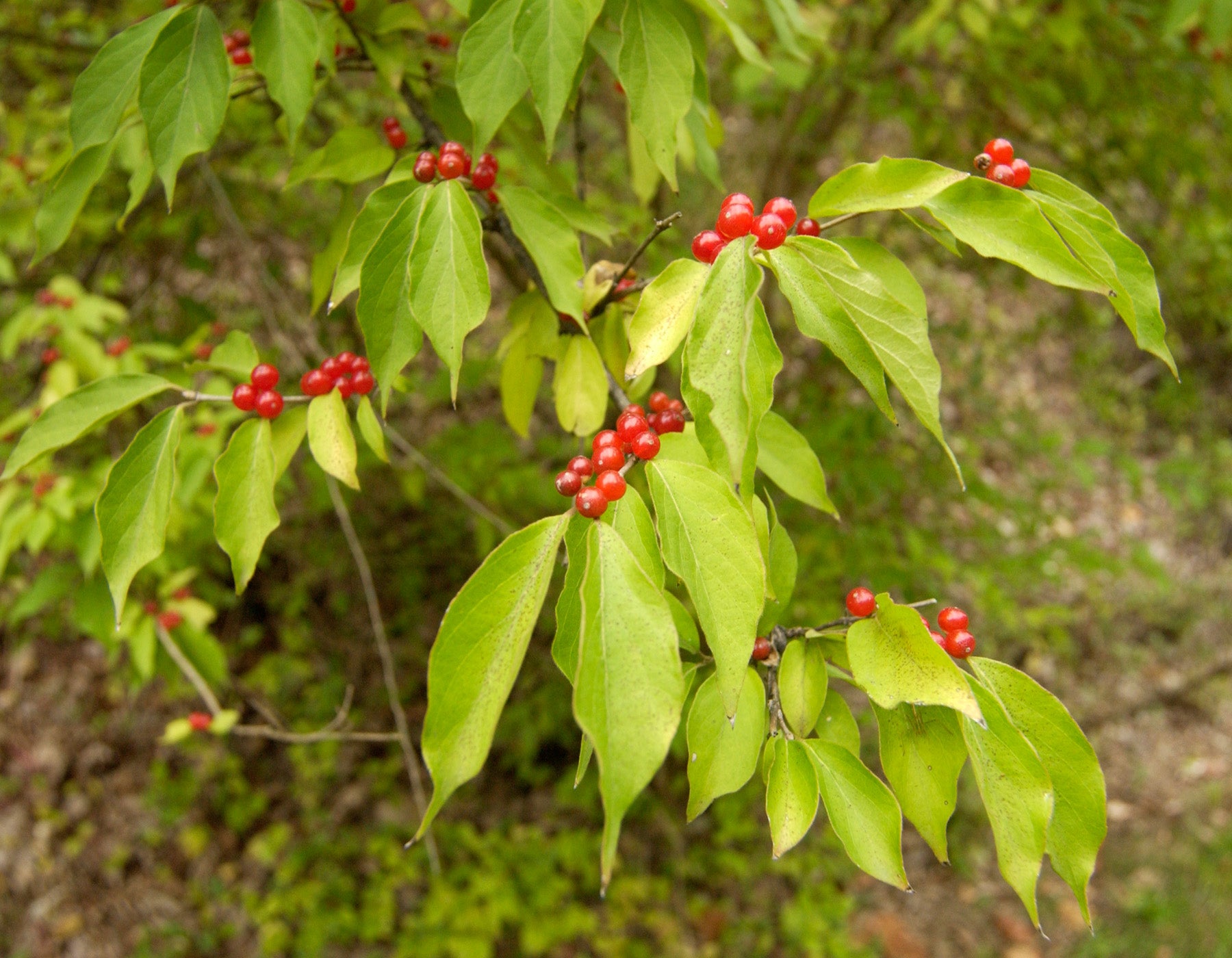 Kansas City, Mo. – Bush honeysuckle remains green as autumn fades and winter arrives, which offers a chance for homeowners to help battle this invasive species. It's easy to spot in early winter as one of the last shrubs to drop leaves.

Missouri Department of Conservation (MDC) biologists and other public-land managers work to reduce bush honeysuckle in the Kansas City area because its prolific growth chokes out native plants valuable for their beauty and wildlife habitat.

Bush honeysuckle is an import from Asia that produces leaves earlier in the spring and holds on to them late in autumn. Some stands will still be green into December given mild weather conditions, said Larry Rizzo, MDC natural history biologist. That gives it a competitive advantage over many native plants. Plus, the plant's roots produce a chemical that inhibits the roots of other plants. The shrub grows fast and produces bright red berries in fall that birds eat and then spread the seeds.

But those berries are not very nutritious for birds, Rizzo said. And bush honeysuckle crowds out plants and trees that are good for birds and other wildlife.

"It's like the potato chips of berries for birds," he said.

Volunteers recently donated workdays to remove bush honeysuckle at several public parks in the Kansas City metro area. Those projects are a partnership between MDC, the non-profit Kansas City Wildlands, and municipal park agencies. The goal is keeping harmful invasive plants out of high quality natural areas on public lands.

But bush honeysuckle is also harmful growing in yards and on acreages or farms. It often sprouts up along fence lines and in brushy areas. Once started, it's hard to stop. Homeowners can help by spotting bush honeysuckle and removing it from their property.

"It's really easy to identify right now," said Erin Shank, MDC wildlife biologist. "Our native vegetation is not green anymore this time of year so bush honeysuckle really stands out."

The plant's active state also makes it susceptible to treating its foliage with herbicides if it remains green in November.

"You can do so with minimal to no damage to native vegetation because natives are dormant and won't uptake the chemical," Shank advised.

Foliar spraying of honeysuckle is most effective on young to middle-aged stands that average less than seven feet in height. The most efficient tool for foliar treatment is a mist blower, which is most useful on areas larger than one acre. Foliar spraying can also be accomplished less expensively with simple backpack sprayers. Shank recommends a three percent glyphosate (Roundup) solution with an added surfactant. Coat as much of the foliage as possible. Foliar spray when weather forecast predicts dry conditions for at least four hours after treatment.

When plants are over seven feet high, cutting and stump treating honeysuckle is necessary. This practice can be done any time of year when the temperature is above freezing though there is some evidence that mid-autumn timing may be more effective. Cut stumps as low to the ground as possible, then treat the stump with 20 percent glyphosate solution using a squirt bottle within 10 minutes. It is crucial to treat the stump quickly after cutting. The low humidity conditions of fall causes stumps to dry enough in a short time to inhibit the uptake of the chemical to the root system. The cut surface of the stump should be lightly coated; herbicide does not need to be dripping off the stump.

Once bush honeysuckle is gone, what are some good ways to get green back into a yard?

"There is a whole suite of native plants that are great to replace it with," Shank said. She suggests American beauty berry, fragrant sumac, vernal witch hazel, wild plum, and choke cherry to name a few. An excellent source of native plant alternatives can be found at GrowNative.org. These plants will also be far more beneficial to native wildlife than the exotic bush honeysuckle.

Kansas City Wildlands program has also developed a Honeysuckle Academy training program to help homeowners associations or other groups battle the invasive species in their neighborhood. For information, call (816) 561-1087.